Resident Evil Revelations on PS4 and Xbox One this August 29, Nintendo Switch in Late 2017 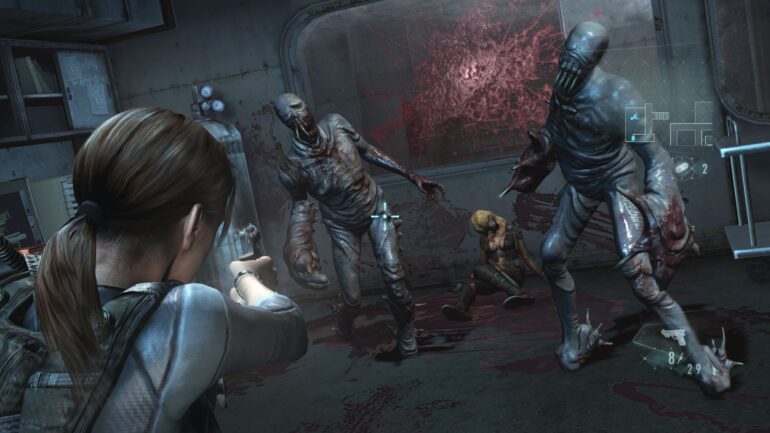 Take on hordes of enemies with a friend online in the returning Raid Mode, which includes “The Ghost Ship: Chaos,” a fresh take on the popular stage with more powerful weapons and ways for players to upgrade their arsenal, and remixed enemy placements for an added challenge. Additionally, four controller schemes based on control types from across the entire series are available in this version of the game for a more flexible experience to accommodate different playstyles.