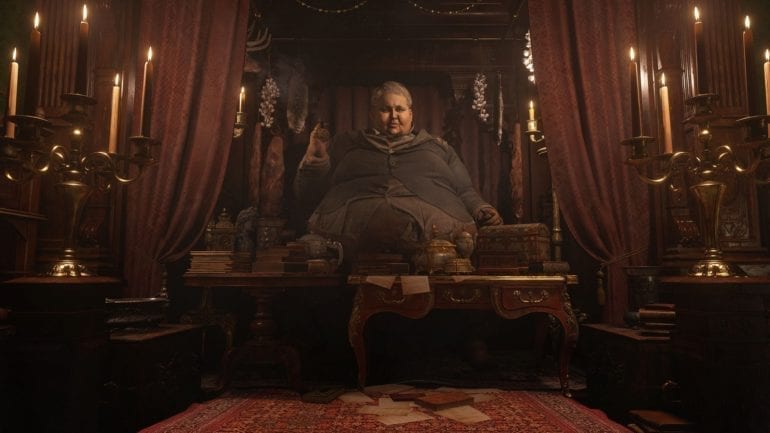 Media outlet Game Informer released an exclusive gameplay video about RE Village recently and aside from the already revealed info, there are new ones in it. Players will be able to use different kinds of items and materials in order to upgrade the protagonist.

Players will be able to track and hunt down mammals, fish, and birds for materials and cook them in The Duke’s Kitchen (The fat guy). These meals can have a variety of effects on Ethan Winters. The prey though can become hostile and the resistance depends on the animal.

In order to upgrade weapons, players will need to collect the in-game currency called Lei. Enemies will be dropping these in small amounts. They can also steal items from enemies in order to sell them for Lei. There are some hidden crystal caches and other valuable items that can be discovered all over the game. Weapons can be upgraded for their firepower, ammo capacity, and more.

Resident Evil Village will launch on May7 for PC, PlayStation 4, PS5, Xbox One, and Xbox Series X/S. There is also a showcase happening later.