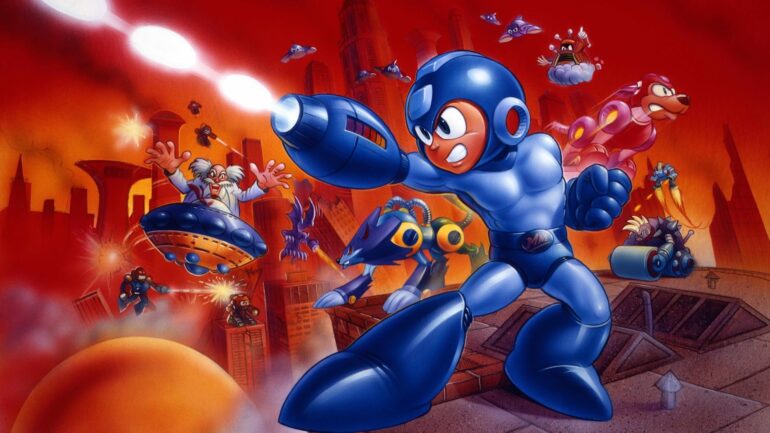 “In the year of 200X, a super robot named Mega Man was created. Dr. Light Created Mega Man to stop the evil desires of Dr. Wily. However, after his defeat, Dr. Wily created eight of his own robots to counter Mega Man.” – Mega Man II

This little blue hero is no stranger to any video gamer and since Capcom is going to release the Megaman Legacy Collection 2, how about we take a trip down ol’ memory lane.

Mega Man debuted on the Nintendo Entertainment System in 1987 and since then a plethora of sequels, franchises and spin offs have been released. Developed and published by video game industry staple Capcom; it was the first game exclusively developed for the video game home console market by them. The design and iconic art style of Mega Man is credited to Keiji Inafune, although he claims that he is only responsible for half of the work. Capcom, at the time, were known for developing games for Arcade machines, so this was definitely big departure and gamble for the company.

Although the first Mega Man didn’t sell as well as Capcom had hoped, with 810,000 copies sold, it did have a huge impact on the industry and Capcom thankfully stuck through it and continued to expand the franchise.

We all remember just how hard Mega Man was when we first picked it up. You could say it was as hard as a “Rock Man”– no? Okay. Despite my corny joke, Mega Man was truly difficult; even by today’s standards. Back then platformers were all about memorizing patterns and boy were there a lot of patterns to memorize. Just imagine all the abused controllers back then just because players forgot that one tiny little Met would move towards them when they landed on a platform. *Throws controller at screen*

The cool thing about Mega Man was when you defeated a Robot Master and got its abilities. That was one of the things that helped make Mega Man have such a huge impact; the memorable power-ups. By the time you had to finally face Dr. Wily you were a robot killing machine! Of course with the game being Mega Man, Dr. Wiley was still going to kick your ass multiple times using a silly hologram.

We may never see another brand new Megaman game ever again, but at least we have our beautiful memories with him whenever we reminisce.