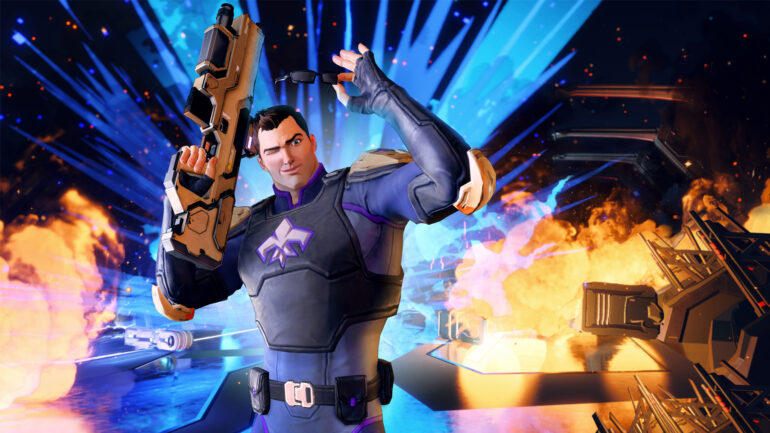 Volition’s newest spin-off Agents of Mayhem has gotten a mixed bag of feedback from video-game critics. Even if it’s set in the same fictional world of Saints Row, it seems that it’s no different from Saints Row: Gat out of Hell in terms of quality.

Agents of Mayhem currently has an average score of 69 (as of today) on OpenCritic.

Since we just got our review copy 2 days ago, we are still in the progress of reviewing Agents of Mayhem. Aside  from that, here are reviews from major outlets:

IGN: “Agents of Mayhem does a good job paying homage to the cartoon and live-action TV heroes of the 80s and 90s, and revels in the absurd tropes and idiosyncrasies of those inspirations. A broad and goofy arsenal of unique weapons and gadgets and the ability to switch characters on the fly to access complementary abilities offers some solid combat and good mindless fun, but due to some unpolished writing and repetitive environments and enemy types, it doesn’t fully live up to its heroic potential.” – Jon Ryan (PS4, PC)
Score: 7.1/10

Destructoid: “But despite these technical flaws, I still had a really fun time messing around with the agents. Enjoying Agents of Mayhem is sort of like watching a cartoon you used to love without the rose-colored glasses of nostalgia or the naivete of youth. You’ll get more of a kick laughing at it, rather than with, but there’s a smile on your face either way.” by Nick Valdez (PS4)
Score: 7 / 10

VideoGamer: “Despite fun combat and characters, Agents of Mayhem becomes repetitive and grinding. In trying to chase the popularity of Saints Row, it misses having an identity of its own.” by Alice Bell (PS4)
Score: 5 / 10

Agents of Mayhem had lots of technical issues and that gameplay was rather repetitive according to some critics. For sure, these are from major outlets outside the Philippines. We have yet to see what our local outlets have to say about the game.

Agents of Mayhem is already available on PS4, Xbox One, and PC.