Season 2 is a go and a lot of fun content to be enjoyed! 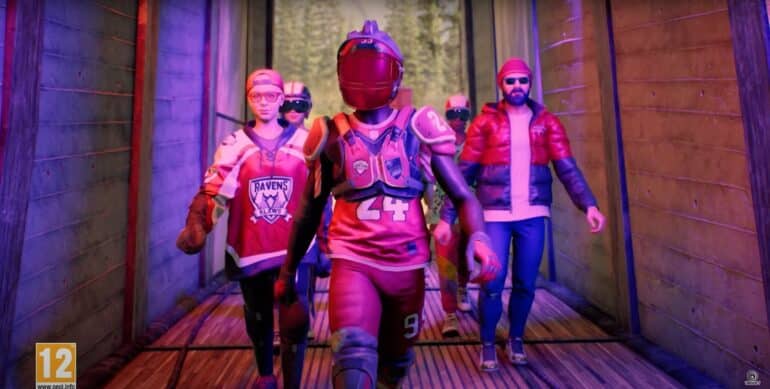 What is Riders Republic Season 2 Showdown?

Season 2 Showdown is now available across all platforms and it introduces the Showdown multiplayer game mode, Wheeling mode for bikes, the Showdown arena, new mass races, and a lot more. There is also the new clan feature which allows players to create an in-game specific friends list to create and manage a clan of up to 64 members. This will get them some shiny clan tag and team colors when they take on competitions.

What is Showdown Multiplayer Mode?

The 6v6 Showdown multiplayer mode allows two teams to compete with each other. They have to collect as many lightning bolts as they can while using equipable toys. These are gears that will open up a new way of playing the game and can also be used in the open world. When the match starts, players and their teams can select one toy like the Juggernaut to slam into opponents in their path, the Sniper that can shoot snowballs at their enemies, or the Spider that will drop traps and let them double jump to safety.

What is Wheeling Mode?

The new Wheeling mode makes players ride their bikes on the front wheel or back wheel except for one: the heavy versions. Get the Year 1 Pass to get early access to two toys, which are the Spider and Juggernaut. Gold and Ultimate Edition of the game can net players the Year 1 Pass or a stand-alone purchase. There is also a separate purchase for the Welcome Pack. It includes 2,300 Republic Coins and a new legendary outfit.

Season 2 Showdown will have its own season progression, which will be available for seven weeks. Players can unlock exclusive rewards and take part in special activities and live events like the Rabbids Takeover event starting May 18, 2022.