Free Trial Week will be starting in a few days and for all platforms! 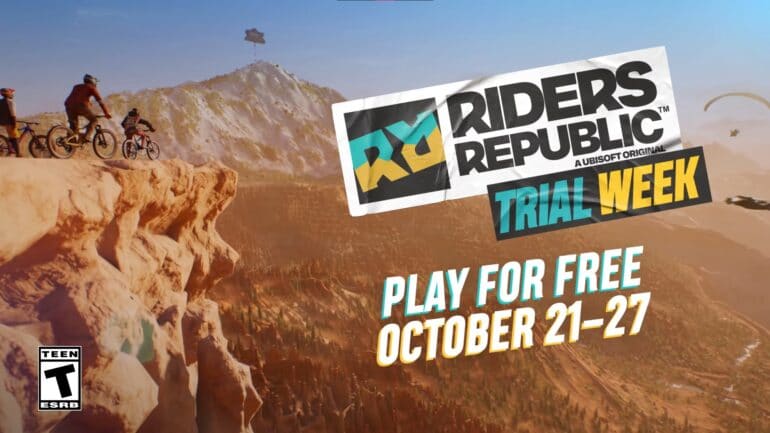 Game company Ubisoft has officially announced the Riders Republic Trial Week and it will be open worldwide and for all platforms.

The Free Trial Week for Riders Republic will be open worldwide and all platforms can participate, which means users playing on PC, PS4, PS5, Xbox One, and Xbox Series X/S can join in. PC players can join via Epic Games Store and Ubisoft Connect.

During the time-limited Trial Week, players can try out the game for four hours long starting October 21 to 27, 2021. The progress that players will get from the trials will be transferred to any edition of the game when the buy it. They can easily pick up where they left off when the game launches on October 28, 2021.

There is also the Mad Challenge that they can join in, which is a multiplayer contest that can garner some rewards. They first need to finish the onboarding and reach 20 stars to unlock the ShackDaddy’s Exclusive Multiplayer Contest in order to access the mass race. Those who will place in the top 10 will be able to join a random draw. The winner will get a custom Canyon x Riders Republic bike and a Gold Edition of the game. Other winners will also get the Gold Edition of the game. Join the Mad Challenge here.

Trial week will offer all five career progressions and multiplayer modes like Mass Race, Tricks Battle, Free For All, and Versus Mode.