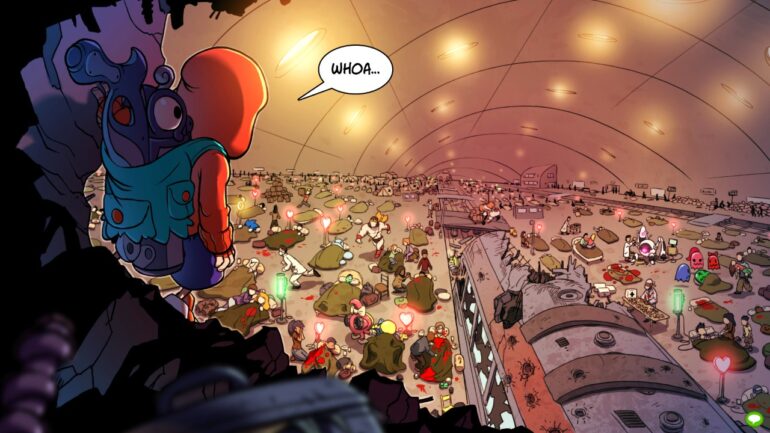 Rise and Shine is a side-scroller, action and adventure shooting game which follows the story of a young boy named Rise. The world of Gamearth has just suffered an attack from the Nexgen space grunts and Rise has been given the legendary sentient gun named Shine. Together, they are given the task of being Gamearth’s heroes and saving it from destruction.

What’s really astonishing with Rise and Shine is the level of artwork which the game was presented with. The whole level is one continuous work of art with colorful and vivid elements that bring life to its levels. Despite its cartoonish look, it has a very dark undertone and the element of gore which makes it not as kid-friendly as it looks. Players might also enjoy spotting the different video game references scattered across the land of Gamearth; then again, it’s the land of video games, it’s no surprise. 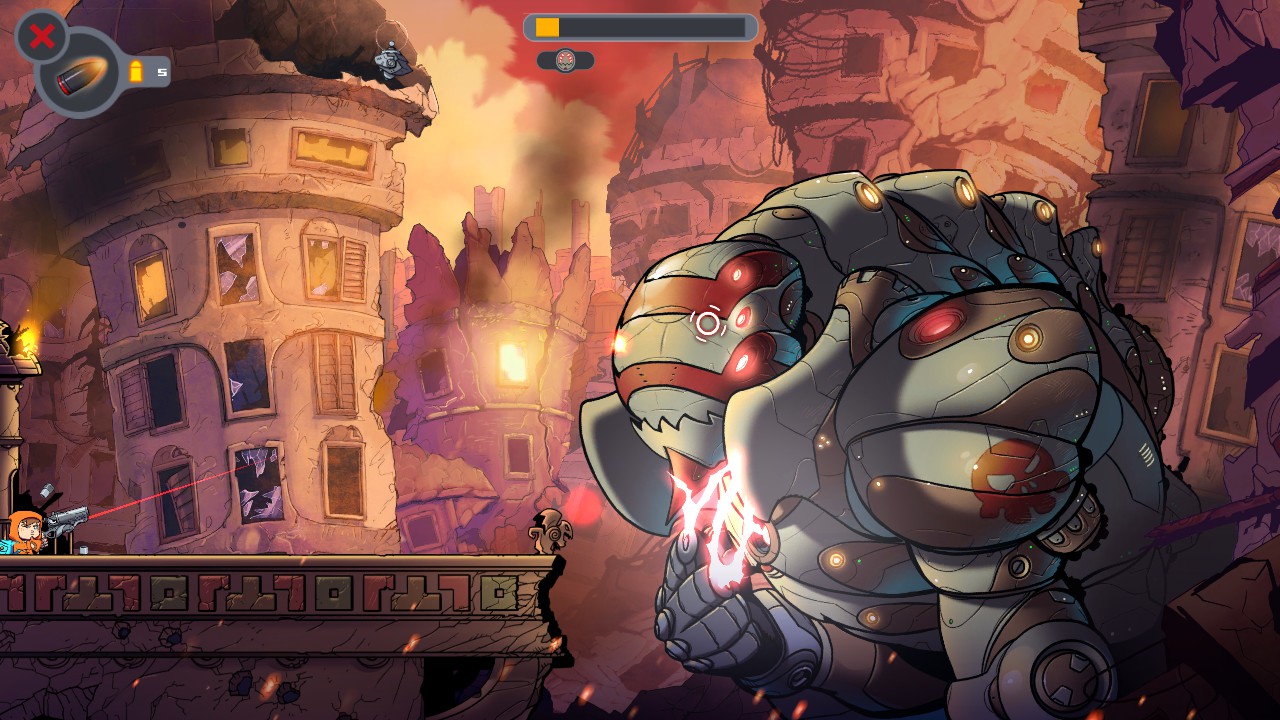 Despite having a very short story which can technically be finished in under an hour, the whole gameplay can last for three to five hours because of its difficulty. It has different game modes that are part of the whole story and going through some of the obstacles requires a little bit of puzzle-solving skills. Players will definitely face death lots of times just trying to get through a level or through a boss fight.

One major contributor of its high difficulty is its controls, which is also the biggest set-back there is in this game. The shooting mechanics in Rise and Shine isn’t the regular point-and-shoot that we’re accustomed to in most games. First, you have to press the right mouse button to whip out Shine, which would also slow down your walking speed. Then, you aim with your mouse and shoot with the left mouse button.

There are also other mechanics such as remotely guiding a bullet in mid-air and switching to grenade mode. Add the fact that there are also different types of bullets that serve different functions. Switching through these modes and bullet types are done by pressing different buttons but it feels so unnatural and counter intuitive that it causes confusion; it’s something you don’t want to happen while you are being bombarded by bullets from all directions in real-time. 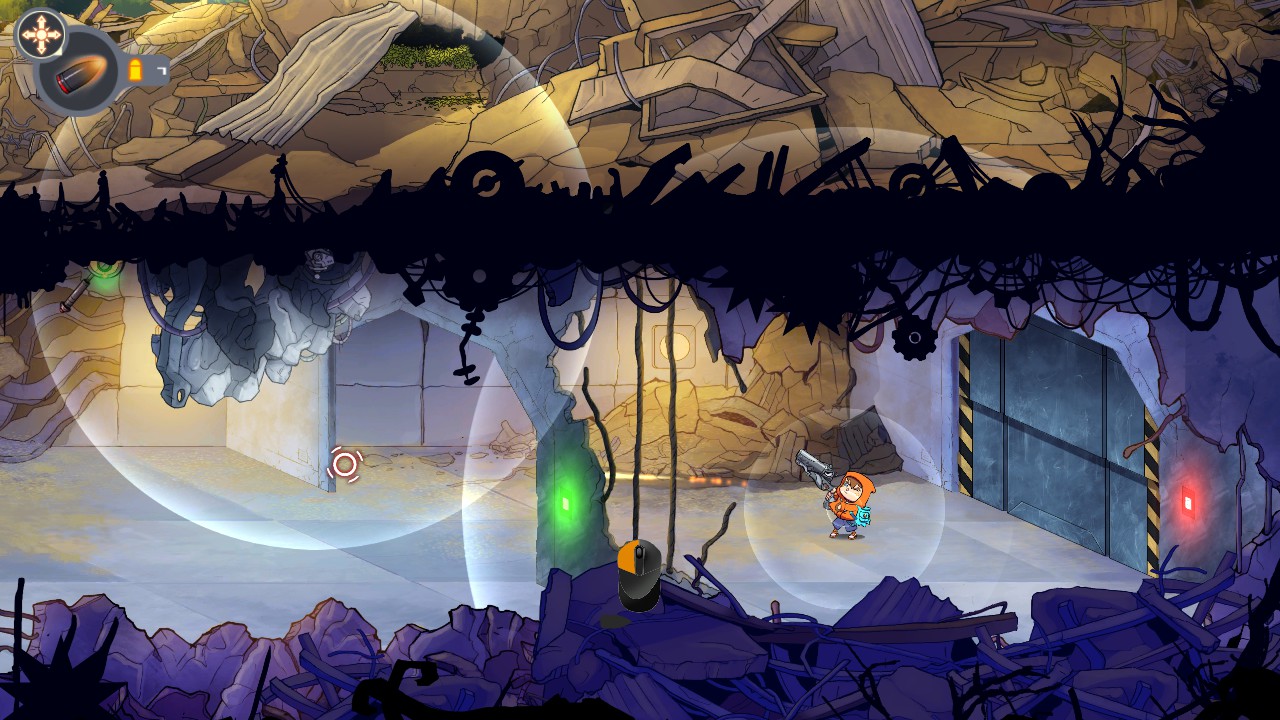 Although there are several checkpoints along the way, there still are those levels that take time and precision and are insanely frustrating to go through; it made me reach for my head to grab some hair even though I’m bald.

The price may seem a bit too high since it’s a game with just a very short story and not much of a replay value on it. You may want to consider waiting for a good deal with a slashed off price. But nonetheless, Rise and Shine was very entertaining and challenging and it is something that we recommend for you guys to try out playing some time.

You can check Rise and Shine’s Steam page here.

This review is based off the review code provided by the developers.