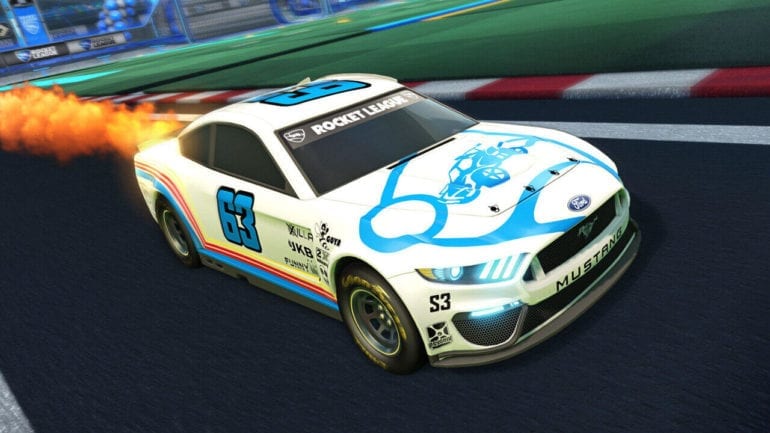 The NASCAR 2021 Fan Pack will be released starting this Thursday, May 6 on all platforms.

This fan pack will be available in the item Shop and will feature three cars (NASCAR Ford Mustang, NASCAR Chevrolet Camaro, and NASCAR Toyota Camry), nine NASCAR team Decals and Player Banners, a NASCAR x RL Decal for each car, and Goodyear Racing Wheels. There are nine NASCAR teams that will be featured in the pack with their Decals: