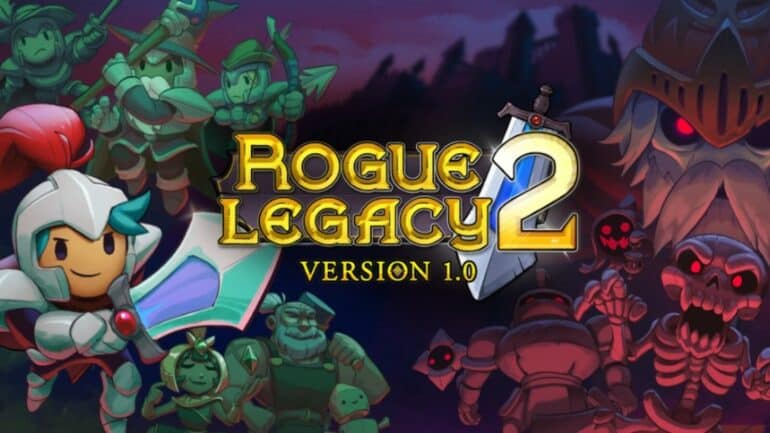 In celebration of this significant event, the developer is making the original game available for free for a limited time on the Epic Games Store. The game will be free from now till April 14th.

Check out the animated trailer announcing the release date:

“Rogue Legacy 2 is finally reaching v1.0 and we couldn’t be happier with how it turned out,” said Cellar Door Games.

“Our goal for Rogue Legacy 2 was always to make ‘Rogue Legacy 3‘ because we didn’t want to settle for just more. It had to stay true to the original but also stand on its own as something new. After nearly four years of development, bringing it to the fans is the final step in this long journey, and we hope they find it as special as we do.”

Rogue Legacy 2 is a genealogical roguelite. Spend your parents’ inheritance and grow the family manor to give your children a better fighting chance. Each child is unique, with their own traits and abilities.

Your daughter could be a Ranger. She could also be a vegan. It’s a new experience every time. Rogue Legacy 2 also lets you play how you want to. Go hard and fast, and dive deeper into the depths of a randomly-generated world. Or take it slow and steady and build your character up until you’re ready for greater challenges.

Rogue Legacy 2 is set to release on April 28th on Xbox One, Xbox Series X|S, and PC (via Steam and Epic Games Store).