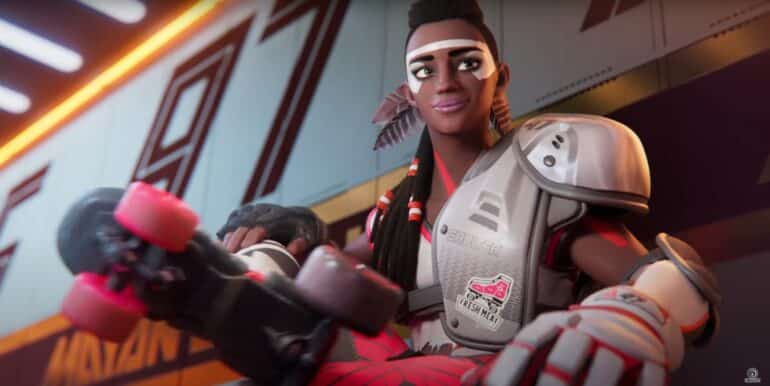 The official roller Champions release date just got revealed today. It will launch for free on PC via the Ubisoft Store, Xbox One, and PS4. It will be playable via backwards compatibility on the PS5 and Xbox Series X/S. This will all happen on May 25, 2022. More platforms will be added later on including Nintendo Switch, Epic Games Store, and more.

According to Ubisoft, Roller Champions will have cross-play and cross-progression at launch. This allows players to play with others no matter what platform they are playing on. They can team up with their friends and fight against other teams from various platforms. They can also transfer to other platforms and continue their progress there without issues.

Players and their two teammates will be facing against another team of three in an elliptical arena in each match. In order to win, just reach five points before the enemy team does. They will need to skate and pass the ball, steal it from opponents with a perfectly-timed tackle, and run towards to goal to take a shot.

In order to gain more experience in gameplay, players can go to the skatepark hub and use their skills in matches to executive team maneuvers and do multiple laps to increase points for each goal. Start on easy areas then make your way to bigger stadiums, and eventually to the Elite Champions’ league.

Players can unlock various stylish customization items as they level up and gain more fans in every match. There is a free Roller Pass that has a progress bar and every level will have gear to unlock. It will include helmets, gloves, outfits, and skates. There are also poses, goal FX, emotes, and more cosmetic items.

There is a premium Roller Pass that can be purchased. Getting one will let players earn more exclusive gear that will not be available in the item shop.

Roller Champions will launch for free on May 25, 2022 for PS4, Xbox One, and PC. PS5 and Xbox Series X/S can play it too via backwards compatibility feature.