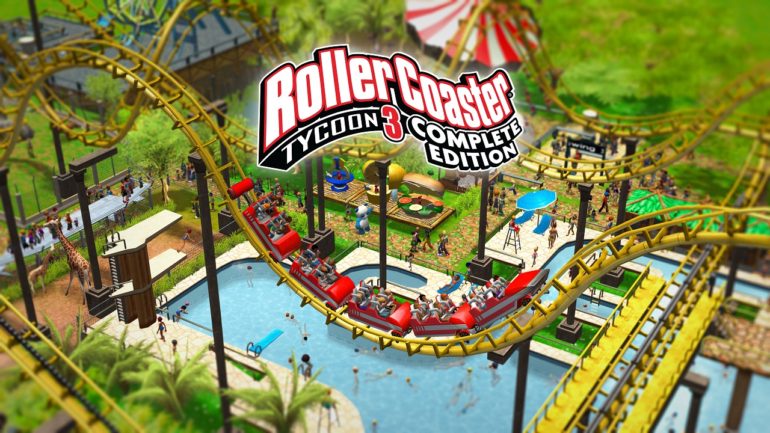 Returning players can relive the experience of the third iteration of the game while the new ones will dive in for the first time with the thrill of managing an amusement part of their dreams. The game allows players to become a true tycoon and embark on a promising managerial career, controlling park finances, shops services, and staff. They can experience different kinds of scenarios and fill their parks with more than 300 unique coasters and rides, 500 scenery pieces, 60 shops and services, and 20 animals to rear and raise.

Sandbox Mode is also available for players who want to be super creative with their park creation. All creative tools will be at their disposal including all content from the Soaked! And Wild! Expansion packs.

RollerCoaster Tycoon 3: Complete Edition has been reimagined for the Nintendo Switch,including intuitive new controls designed to help you build the ultimate theme park anytime, anywhere. The PC version on the other hand shows RollerCoaster Tycoon 3 in widescreen for the first time, with full 1080p resolution and increased compatibility for new PC hardware.