Who would have known that action and stealth can be played in turns?

RONIN is a turn-based stealth game developed by indie dev Tomasz Wacławek for the PC. Despite the game introducing itself as “not a stealth game” in some points of the game, it still has heavy elements of stealth and mixed in with strategic gameplay, thanks to its turn-based nature.  RONIN is even noted as a rip-off of the game Gunpoint which almost has the same look and feel except it doesn’t have the turn-based mechanics. 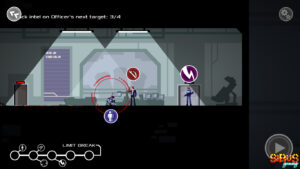 RONIN’s story revolves around [content expunged due to heavy spoilers] who has mastered the art of combat and staying undetected. The main character is dead set on killing several people that were all present in a photo, which serves as a hitlist. The story then progresses to reveal that the targets had something to do with the [content expunged due to heavy spoilers].

The player goes through several levels with the main objective of infiltrating the enemy base, hacking into their database, and eliminating the target without a even a scratch. Each level has side objectives; keeping the place from being locked down and killing all enemies on the floor while sparing the innocent civilians. When all the side objectives have been attained, the player will then be rewarded with a skill point which can be spent on a specific skill that would make going through the next level a little bit easier. 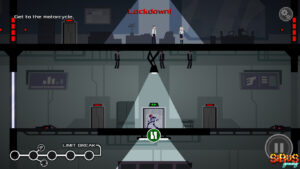 RONIN has both real time and turn-based elements. In real time, players can move and perform freely and the main task is to go through certain tricky obstacles while avoiding detection. Only when detected by a hostile enemy does the game switch into turn-based mode. It would then let the player plan the next move and also do some specific maneuvers mid-air such as throwing your katana at an enemy and teleporting towards an enemy to land a stunner. The combat can get pretty tricky at first since enemies have different attack patterns which has to be taken into account when planning for the next move. But as the game progresses, players will get familiar with the enemies and the acquired skills would definitely help from getting out of tight situations.

The learning curve isn’t really that steep since the controls and the enemy move sets can easily be learned after two to three levels and players get additional skills that would make combat easier. The main and side objectives are pretty much the same all throughout the levels but levels do get more complicated to solve, especially when trying to achieve all side objectives. The gameplay revolves around dying multiple times with its trial-and-error concept. Players will find themselves more challenged in every level but they would feel as if it’s actually getting easier as they progress. Going through levels is easier and less frustrating, thanks to well placed checkpoints. 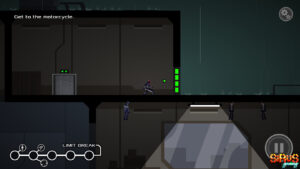 The art style is pretty plain and simple with its 2D graphics and dark tone. Again, RONIN is pretty much comparable to Gunpoint when it comes to the visuals. (The designer actually changed the art style from its former pixelated look at one point to distinguish it from Gunpoint) Not much can be said for its sounds and BGM, though.

Overall, RONIN can be pretty challenging at first but it actually gets easier as the game progresses, mainly because not much variation was given for its gameplay except for the level designs. The story really isn’t something that would keep you interested and the big reveal isn’t really that big since it’s really quite obvious mid-game. Nevertheless, RONIN is a good game that can keep you occupied for a couple of hours though it isn’t the kind of game that would garner much mentions in a discussion. Can’t really say that it’s a must-have game but it’s still worth the playtime.

RONIN is fun and challenging at first but it doesn’t last long. The lack of variation in its gameplay actually keeps the game’s challenge level from rising significantly which isn’t something players would expect for a game with a strategic vibe.

RONIN is available on Steam as well as for Mac and Linux. 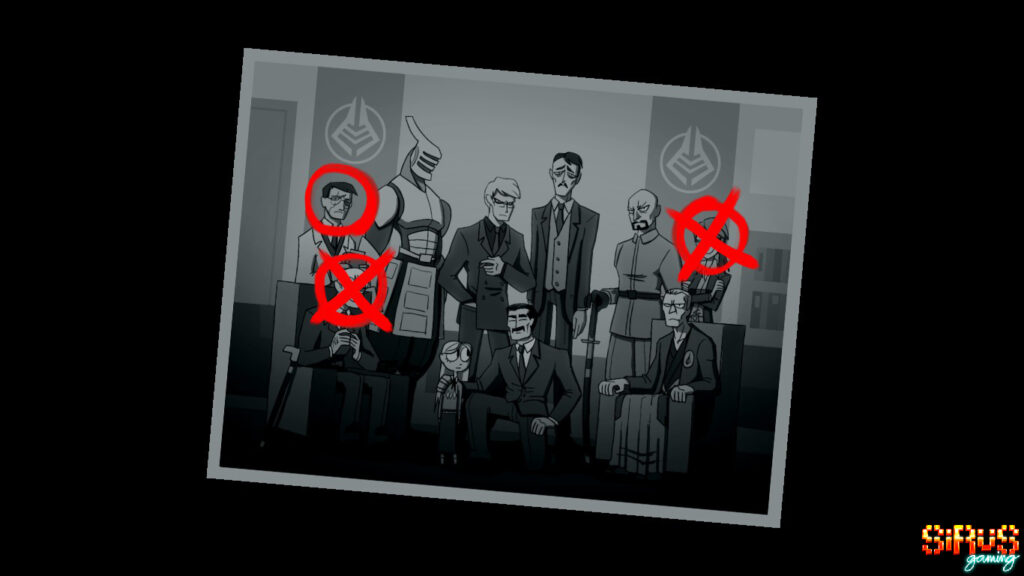