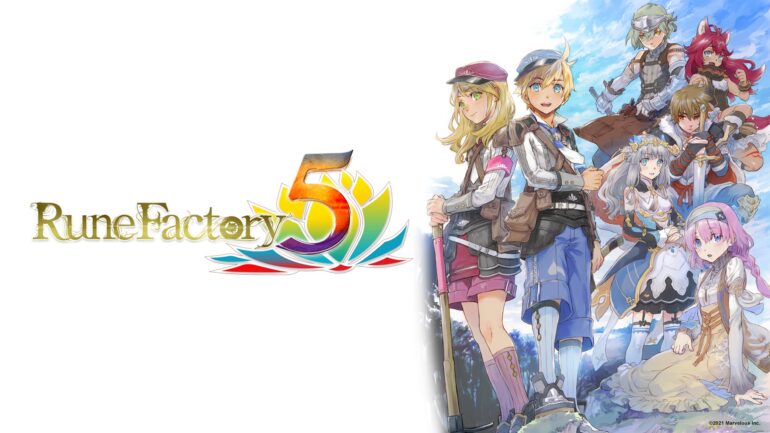 The farming/life sim RPG title Rune Factory 5 is finally available on PC and can be purchased for only $59.99. There is also a Digital Deluxe Edition that will feature 13 exclusive outfits inspired by marriage candidates from Rune Factory 4 for only $69.99. At launch, both versions will have a 10 percent discount and will end by July 20, 2022.

There is additional DLC content to get as well like costumes and in-game items with prices ranging from $1.99 to $4.99. The PC version will feature visuals updates and new customization options with dual-audio support for both English and Japanese tracks.

The farming/life sim RPG title delivers a full 3D adventure that has players exploring treacherous dungeons and battling dangerous foes to unravel a mystery threatening their adopted home of Rigbarth. In between each day’s adventure, they’ll grow crops, participate in local festivals, and build friendships with a lovable cast of townsfolk. Rune Factory 5 includes features new to the series such as link attacks, co-op cooking, and same-sex marriage.

Bonus for Having Prequel

Players who have Rune Factory 4 Special on Steam can get Doug and Margaret who will take up residence in Rigbarth’s Blue Moon Inn. Each character will offer their own requests on the task board and with the successful completion will reward players with the outfits for character Lest and Frey, the protagonists of Rune Factory 4. Those two characters are fully integrated into this iteration, but are not eligible for marriage. They can, however, be found around town and can join the party.

Return to the fantasy world of Rune Factory for a grand adventure while living whatever life you please! Mysterious events are unfolding in the sleepy border town of Rigbarth, affecting the runes that govern the balance between humanity and nature. As the newest ranger for the peacekeeping organization SEED, players will protect the frontier town by rounding up rowdy monsters with their official SEED-issued spell seal or team up with an ally for brand-new link attacks. When not on a mission, work with the people of Rigbarth to help the town flourish through farming, festivals, and friendships.

Rise to every challenge as a ranger of SEED and see your mission through!