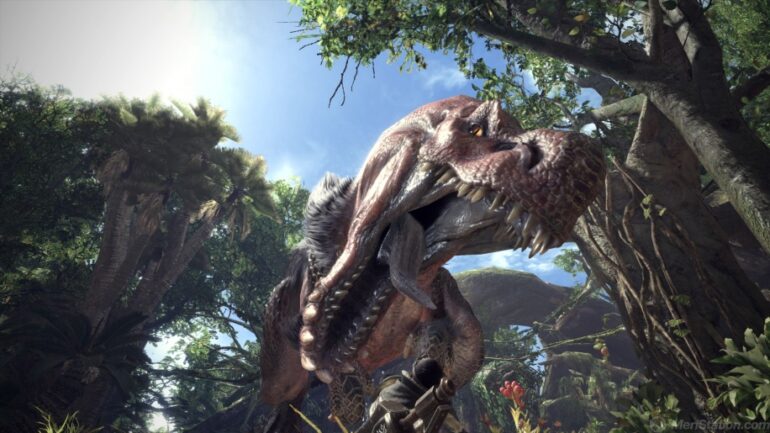 Following on from the announcement of Monster Hunter: World at E3, Josh, the Monster Hunter Community Manager, spoke to the series Producer, Ryozo Tsujimoto and Executive Director Kaname Fujioka on the show floor about what players can expect from the latest installment in the critically acclaimed series, coming to PlayStation 4 and Xbox One in Early 2017. A PC release will follow at a later date.

Introducing a living and breathing ecosystem, Monster Hunter: World sees players take on the role of a hunter that seeks and slays ferocious beasts in heart-pounding battles.

Ryozo Tsujimoto was originally involved in development of arcade games as a planner, before moving on to console titles. Since Monster Hunter Portable 2nd(PSP, 2007), he has been the series producer for Monster Hunter.

Kaname Fujioka, Executive Director and Art Director, joined Capcom as a designer. His first title as director was the original Monster Hunter (PS2, 2004), and since then, he has been a core member of the Monster Hunterteam. He directs and oversees the art direction, story and worldview of Monster Hunter: World.