Sable Trophy Guide & How to Get Platinum 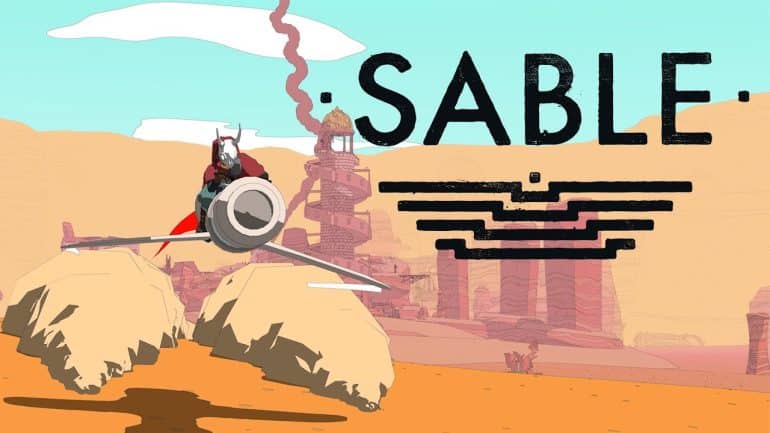 This is our Sable trophy guide. The game was first released on PC and Xbox back in September 2021 and it has just been released on PlayStation platforms. It tells the story of the titular character as she finds her play amongst her people by taking a rite of passage into adulthood.

In this guide, we’ll tell you what you need to know in order to get platinum in Sable as well as a few pointers from what we know about the game.

There are a total of 57 Trophies to collect:

Sable is not your conventional open-world game. There are no enemies to fight and no Big Evil that needs vanquishing. You will spend the vast majority of your time exploring the world and finding yourself before choosing a mask that will define your role amongst your people.

The game follows a nonlinear approach to progression. Once you get your hoverbike, you basically have free reign to go in any direction your heart is set on. A good chunk of trophies that are up for grabs are ones that you can earn from doing various tasks and proving yourself worthy of that mask. Another set of trophies is linked to unlocking doors and opening up more regions to travel around.

You can knock off one-third of the trophies over a period of time if you also talk to NPCs, work on your hoverbike, and collect the badges from challenges. Now, opening chests is going to be a little more tricky as many of them can be found in ruins and hidden locations underground.

This can also be one of your quicker Gold trophy grabs. You can get The Gliding trophy within the earlier part of the game in the starting village and you spend the rest of the time exploring the vast open world.

And that’s it for our thoughts on the trophy hunting process for Sable. You are completely free to run from trophy to trophy but that would miss the point of the whole game. Plus, even if you optimize your routes. The game has a way of slowing things down for you to take in the sights.

Also, check out this trailer from developer RAW FURY where they showcase what to expect from Sable on the PS5.