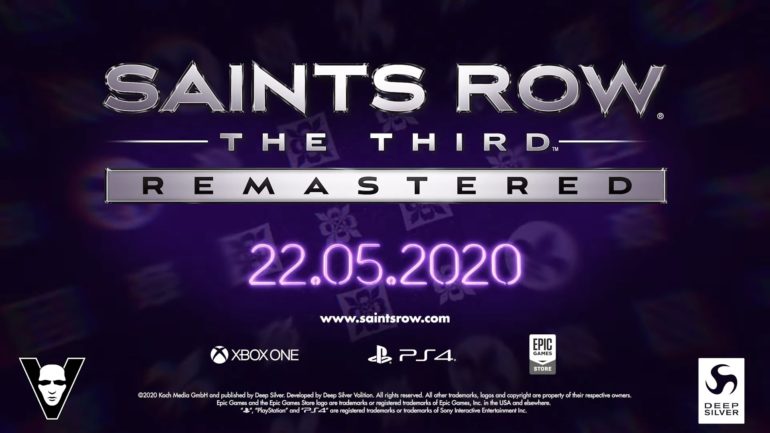 It was just a day ago that the Saints Row: The Third Remastered was leaked on a ratings board that it would come out on certain platforms. Today it was officially confirmed.

Game developer Spearsoft will be the one handling the remaster of this game, which will be coming on May 22. It will be available on Xbox One, PlayStation 4, and PC.

The developers will be reworking the environments, character models, visual effects, injecting enhanced graphics, and adding up a new lighting engine.

Game publisher Deep Silver revealed that every weapon in-game has been remodeled for the remaster. Even the cars have been redesigned and a big part of the city that the game is located has been improved as well with new textures.

The remastered version will also have all 30 DLCs that were released in the original version. The three expansion mission packs will be included as well.

Check out this awesome trailer below: