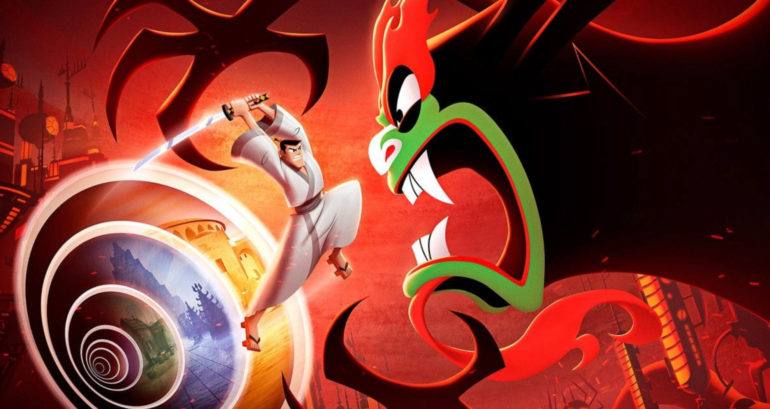 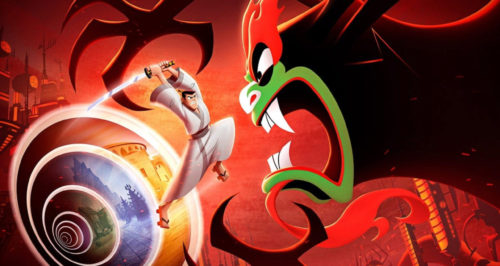 Every 90s kid knows the story of a boy who escaped the wrath of a black demon that serves flames as its eyebrows, Aku. Genndy Tartakovsky, the artist behind Dexter’s Lab, Star Wars: Clone Wars, and Samurai Jack held a lot of praise for his art direction, most notably of his work in the cartoon that made us love samurais.

Samurai Jack: Battle Through Time is based on Tartakovsky’s creation. There’s a lot of struggles, twists and turns as Jack attempts to defeat Aku in this time-travelling adventure game developed by Soleil.

While I haven’t followed through this amazing of the classic cartoon in its entirety, I was eager for what Battle Through Time had to offer. Being able to only see a couple of episodes I’ve probably will never recollect all episodes in my memory (but only some). There were some characters who seemed to be a callback to the titular show. I found it rather difficult to get excited for what it’s to come, but that didn’t stop me from having fun wielding the magical katana — so famous that it can cut through anything and the only weapon to defeat the menacing Aku.

Battle Through Time begins its chapter with Jack battling against Aku. Having the bravest samurai bested by the evil shadow, he is fortunate enough to be saved by Ashi through the time-space. It seemed to be quite convenient for Jack to get home but the blasted devil Aku catches up to the samurai. He then blasted off Jack into somewhere far into the time realm. The plot isn’t too shabby, but it tells a tale of the classic narrative tone that the show portrayed way back in 2001 (I got to watch a couple of episodes, mind you).

Gameplay-wise, it’s a combination of hack and slash and platforming puzzles. As Jack fights his way through the many kinds of enemies that he faces, he also has to overcome platforming puzzles to get to his next objective. Sometimes killing all the enemies in an area is the only way to move forward.

All of the areas lead to the same thing, which is a boss fight. I admit the boss fights are rather interesting and it takes some skill to actually fight them, even if you’re playing on Easy Mode. The boss fights definitely stand out and the ones that give a lasting impression. They are so unique from one another and will need a bit of strategy to figure out how to defeat them. Every time he puts down a boss, he gets teleported into another time.

There is a form of progression, and you can upgrade the katana to deal even more damage. But that’s not the only weapon Jack can wield, you will be presented with a couple of bows, clubs, and even go as far as punching enemies right in the face. To further make the playing experience interesting, the combination of different combat styles is endless that makes the game steer away from being dull. However, the variety of enemies can sometimes feel lacking. They didn’t pose any threat and were easy to defeat.

Games like this don’t do this kind of feature much often, but Battle Through Time does it. What is that “it” I’m talking about? This “it” is a little detail I’ve noticed — when Jack gets damaged, his clothes reflect that. His robes get scratches, holes from enemy attacks. I find this a cool visual trick that gives you a clear representation of your character getting damaged that tells you to heal up.

When clothing gets a couple of cuts, weapons, on the other hand, can break unlike Jack’s primary weapon, the katana. When these other weapons break, you have to find a merchant-like non-playable character named Da Samurai. This lad can fix them for you, and you can also find a handful of items in your quest, even weapons. What’s the best part of it is the selection of items to buy changes every time you visit. To even further put Da Samurai in a great spot, he can offer training that helps you level up weapons, allowing you to deal more damage. By doing so, you have to pay coins though.

You will also meet other friendly characters in each area. Speaking to them will let you gain an item that is given by the characters. Each item they give can either be healing items or throwable items like the shuriken or arrows.

There are also various drops that you can pick up by fighting enemies or breaking items. With quite a few dozen drops from enemies, it gets a little bit overwhelming. But I ended up ignoring what they’re for and just focused on being able to use them when I needed to. Some pickup items are used to unleash a devastating ultimate that can wipe out a lot of enemies should you ever get surrounded. Some pickup items can be used to unlock useful abilities in the skill tree.

The skill tree is divided into three aspects. These are the Combat, Physical and Spiritual skills. Combat skills focus on abilities that can be useful in battles. It can either add new combos to your attacks or let you deflect an enemy attack. Physical skills are useful to traverse the area or make Samurai Jack stronger. The Spiritual skills, on the other hand, makes your life easier in the game because it involves abilities that let you carry more items or increase the probability of item drops. The farther you go into the skill tree, the more expensive it is to unlock a particular perk.

Traversing the world of Samurai Jack transitions into two different ways. It is either you go to an area that you can fully explore or it transitions to a side-scrolling only area where the path becomes very linear. I like the transition that it brings as it keeps the game fresh at every corner.

I have to admit that I actually didn’t like how the game started and it felt a little tiresome and repetitive. But I can’t seem to stop playing the game in hopes of seeing something good coming out of it. Little did I know, I have been playing it for hours, and as deeper as I go into the game, the gameplay becomes enjoyable and interesting. I guess you can say Samurai Jack is a slow burn. A game that you will need to play for a few hours to get to the interesting parts.

Battle Through Time gives a nice introduction to each character and who they were. The animation and graphics can be a bit lackluster in the beginning but I tell you to keep moving forward with it as the game provides so many good visuals down the line.

Samurai Jack: Battle Through Time is one of those games that you’d have to play for a few hours before it becomes enjoyable. For fans of the show, you won’t really have that problem as having to play the awesome Samurai Jack is already enjoyable in itself. But for those who haven’t seen the show, it will take time to get invested in the game, and when you do, it will all be worth it. 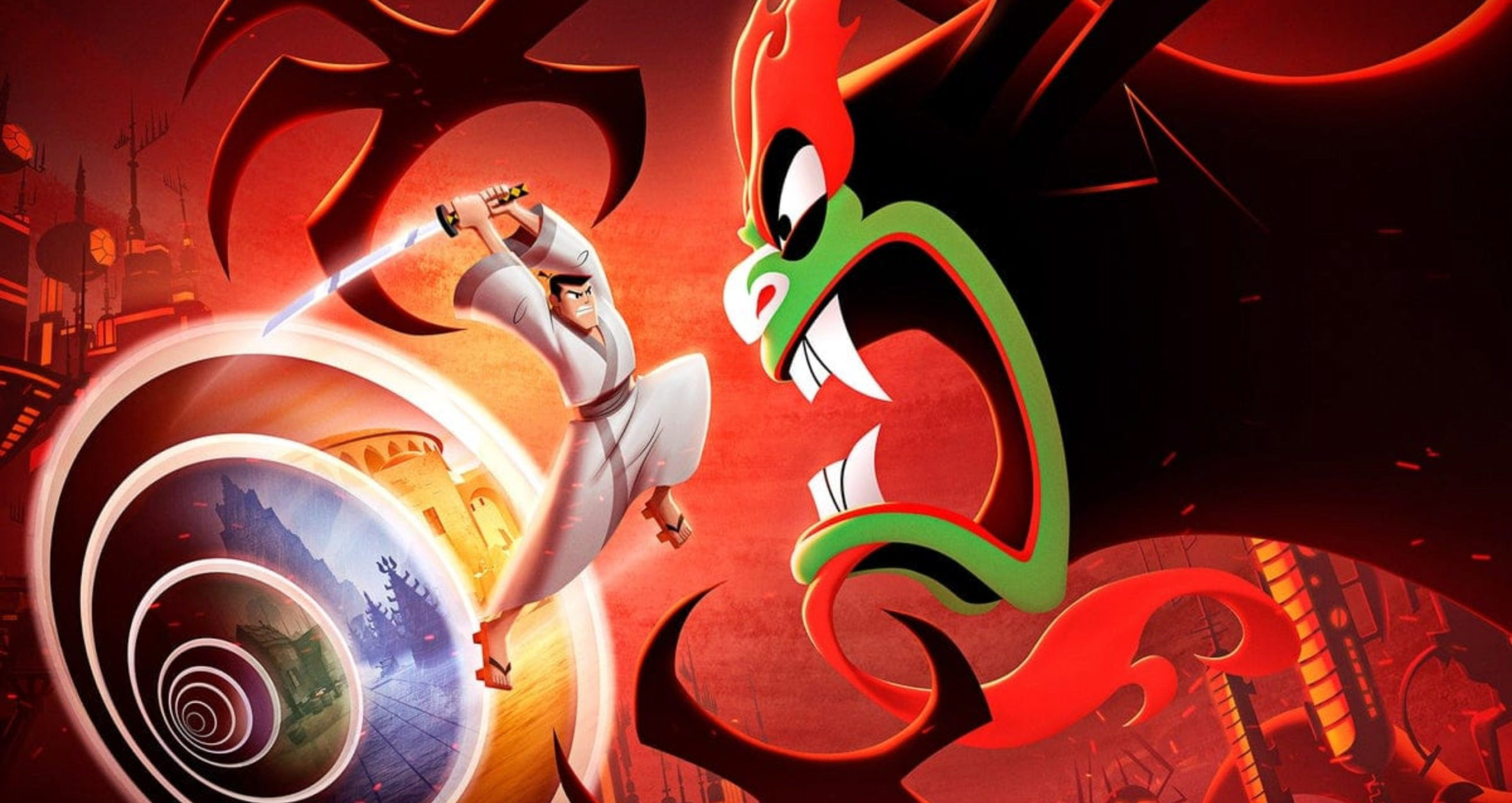 Samurai Jack: Battle Through Time – Review
Score Definition
When the issues of a game are rolled and stomped by its greatness, then it’s something to invest on if you have some spare.
Pros
Great visuals
Boss battles are unique and memorable
An interesting story reminiscent of the show
Cons
Combat can get repetitive at the beginning
Characters takes awhile to get familiar to
8
Great