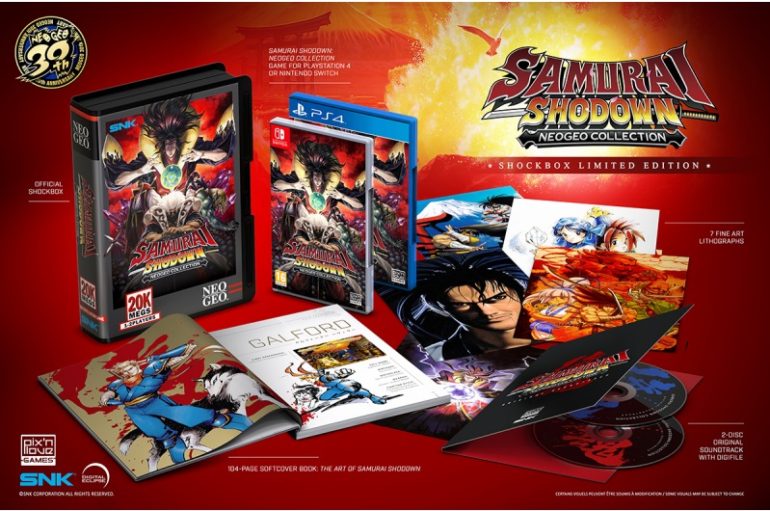 The video game collection will include all classic titles of the franchise plus the unpublished game Samurai Shodown V Perfect. It will have online match modes, museum mode, a music player, and many more. It is a must-have game for fans of the franchise.

To make it all better, Pix’n Love revealed the Shockbox Limited Edition, which is a Collector’s Edition that fans need to have. It will be available for PlayStation 4 and Nintendo Switch with similar contents except for the physical edition of the game.

Check out the contents here:

There is also the number of copies each platform will have. PS4 version will only have 1,200 units while the Switch will have 1,800.