Samurais of the Sengoku Era clash for power 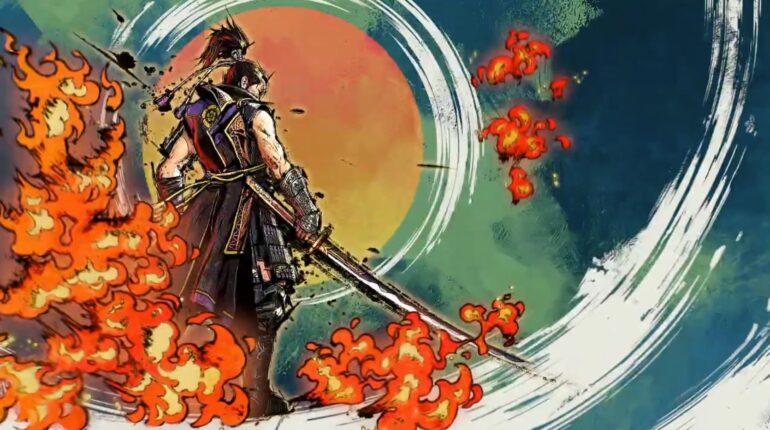 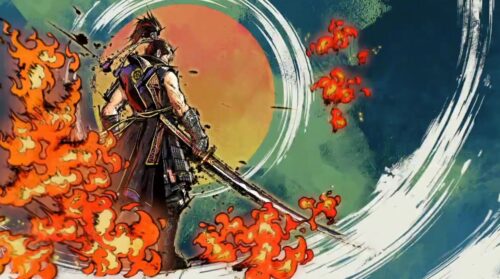 1 vs 1000 games is a signature standard for Koei Tecmo, and its unique take is made even more interesting with the release of Samurai Warriors 5.

Samurai Warriors 5 is the latest installment of the Warriors franchise. It had left quite the impression since its announcement and gameplay reveal. The game, according to the developers, is a reboot of the whole franchise with new artsyle and game mechanics that hope to make up for its formulaic approach on the series. Personally, I liked the idea for them to reboot the series as the previous Warriors game, Dynasty Warriors 9, was a total let down.

The story of the game mainly focuses on the life of Oda Nobunaga and Akechi Mitsuhide. Starting off in their younger days going towards the climax when they both face each other at Honnoji. The content was really intriguing as I got to know more about the relationships between Oda Nobunaga had with his family, allies, and especially his enemies as well. Give or take, the number of characters were intriguing as well, considering that this game is a reboot. Each with a defining moment in the game thus giving the newest Warriors game an impact worth playing for.

Spoiler Warning ahead! If you guys haven’t played the game yet, and want to be suprised, don’t read this part.

The game has a returning feature added to it called hypothetical routes. These routes are ‘What If’ moments that differ from the main story of the game. Routes such as ‘What If Akechi didn’t betray Oda Nobunaga at Honnoji?’ and ‘What If Nagamasa Azai decided to retain his allegiance to the Oda clan?’ can be found in the game. This feature was actually added before in Samurai Warriors 2 but now being added to Samurai Warriors 5, gives it a new total make over and a way for players to continue playing the game post-campaign.

The gameplay, much like I said in the demo preview, hasn’t changed much from the use of musou skills. These skills allow players to do finishing moves and the hyper attacks, basically giving them the ability rush through enemies and instantly start crazy combos. Even though the game mechanics remained the same, there are new features that make the game more challenging. Among the musou attacks that I used in the game, my favorite in terms of animation would be Mutsuki. But attack strength wise, it would be Hideyoshi. The musou attacks in my view have a touch of refinement that shows how the improved graphics of Samurai Warriors 5 have gone a long ways since the last installment.

One of the features added to the game is Rage Form. With it, players are required to fill up a gauge by defeating numerous enemies. When in rage mode, the chosen characters gain a stat boost that triples their attack, defense and speed stats. Not only that, the musou gauge use changes as well – giving your character an additional attack and posing for a dynamic outro. I personally love the fact that the characters musou have unique animation styles that make you wanna see more.

Weapons can be upgraded easily in the game by either defeating bosses or manually upgrading them in the blacksmith option. Doing so will give players the advantage to easily overcome obstacles such as hard defense and raging attacks from captains and officers.

There are a total of 37 characters present in the game. (27 playable characters and 10 supporting characters.) Each with their own unique style fighting and weapon handling. Leveling up these characters are not a problem as they can level up on setups before missions or after defeating bosses during missions. Whenever a certain character levels up, either new skills are unlocked or HP and musou gauge is increased. A skill tree is given to each character and the more proficient and higher the level of each character is, the more skills and abilities can be unlocked for the game.

Most of the time in the game, players will have to choose two characters to play in missions. Doing so will give players a chance to not only play different characters that they are not accustomed to, but also a chance to make them level up faster. Personally, I find this feature very useful. Making use of two characters at a time is fun, and brakes the slow progress present in older games. I can easily combine musou attacks with my secondary characters and easily finish the mission given to me.

Though the game had many interesting features to it, there are some unexpected things I noticed when playing the game; one is the textures in the environment. There were many parts of the mission where some areas have low texture resolution, and truth be told, it started to hurt my eyes a bit while playing the game. Another thing I noticed is that some of the missions are a bit repetitive. There were times when some of the bosses or rather enemy officers I fought felt repetitive, especially in terms of attacking. I kinda wished they amped them a bit by adding new sub bosses. Lastly, another thing I noticed is that whenever I faced enemy officers in tight spaces, there will be times that the camera control of the chosen character would get obscured making it very hard to see where I should go. This issue, though isn’t uncommon to recent Warriors games, should be fixed.

Despite having minor issues to be resolved, the game remains great. I have a feeling that the next expansion for this game will either have more characters, or will be focused on another era of Japanese history. To those who wish to play it, I recommend playing the demo first to familiarize themselves better with the system of Samurai warriors 5 plus special bonuses can be unlocked if a save file of Samurai Warriors 5 demo is found in gamers’ hardware. Playing it fully and watching these dramatic moments will spin the minds of gamers around. 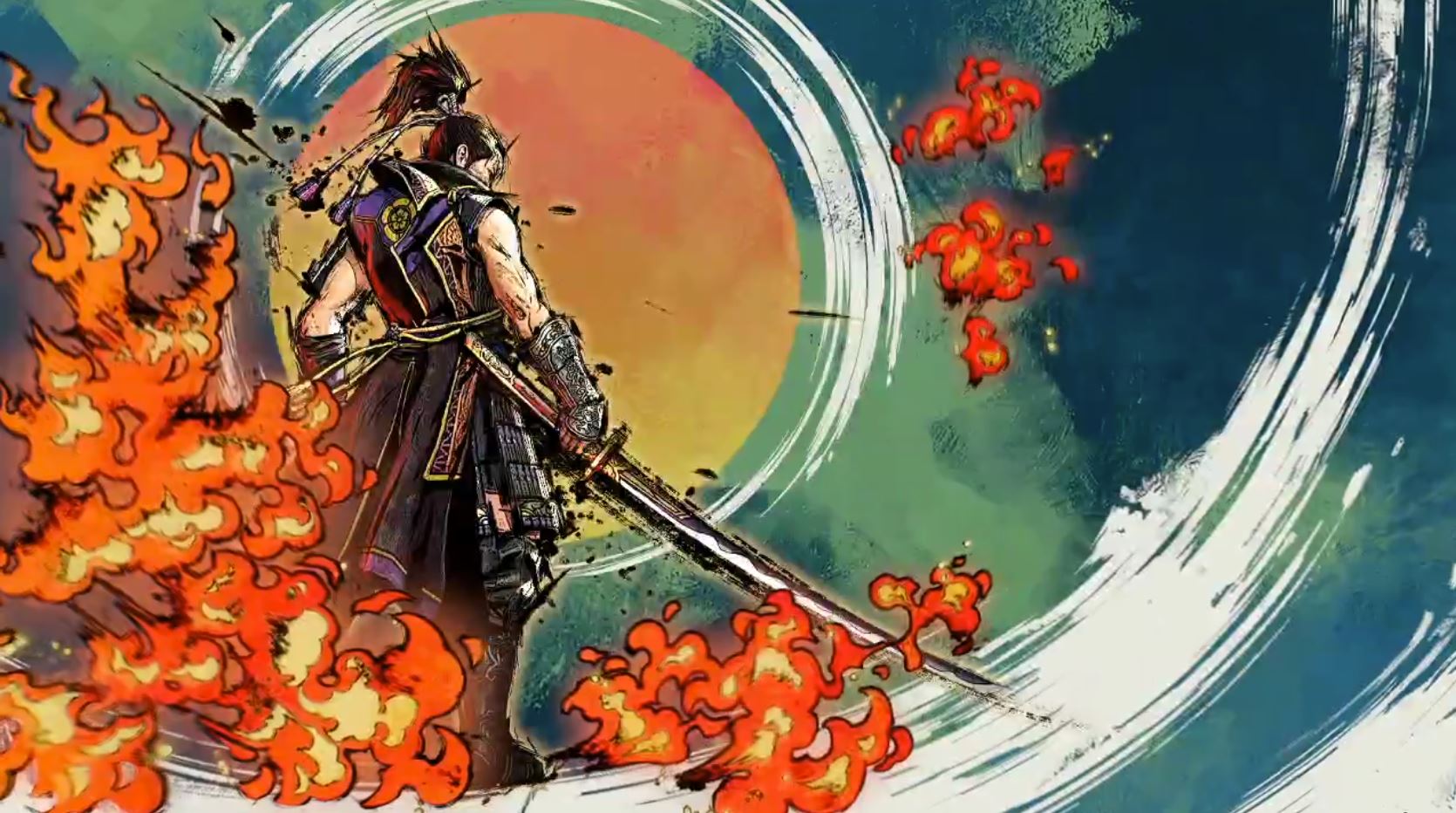 Samurai Warriors 5 – Review
Score Definition
We tell you, it’s a good game! It’s not average! It might have some problems here and there, but you have to admit it is a “Good” game.
Pros
A reboot to the whole series
new character designs makes its artstyle unique
New skills and abilities makes the game enjoyable and fun
Cons
Low texture on battlefield arenas
Repetitive Missions needs to improved
Camera control is a bit sensitive
7
Good