What would've been the perfect Superman game. 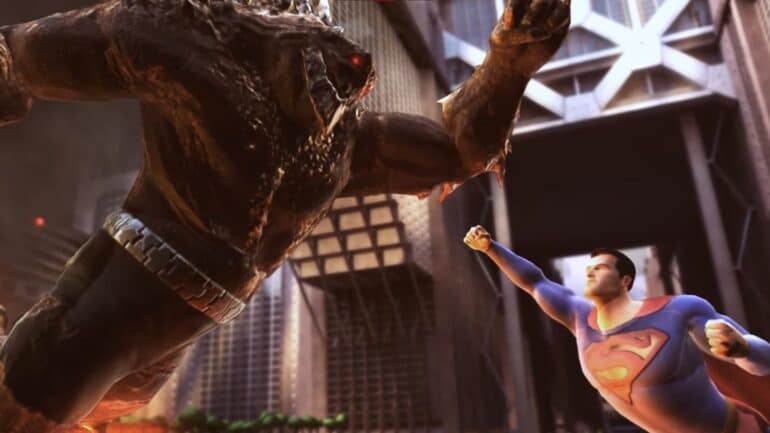 A lead developer of the supposedly scrapped Superman Game has given out details of what it was going to be until a certain event stopped development.

@DevSalvatrix recently shared some interesting details about a scrapped Superman game with a code name Blue Steel – Super Brawls. The cause of its development being halted was of the economy, according to her. It crashed at that time and their publisher stopped sponsoring them and their studio Factor 5 has gone under along with the game.

Factor 5’s goal for this game was to present super brawls just like in the cartoons and comics. Justice League Unlimited was their main inspiration for this.

The game had such promise with planned features like aerial brawling, large urban environments, crashing through buildings, fast target engagement, knocking opponents into the next block, shockwaves from hits, impact grooves in the streets or building sides. Everything a DC fan would have imagined for a Superman game, they had it.

The developers did not want to rely on traditional gaming crutches of the IP like kryptonite and fighting robots. Superman had to follow the rules, which was obviously before the Snyder version was even teased. Their plan was to have the strongest DC hero to have enemies within this power range. There was going to be a challenge.

The environments in this game was going to be based heavily on both the Superman animated series and early 20th century artist Hugh Ferriss. It was going to feature elevated highways, railways, and airships.

Players would have appreciated how animated the city was. No matter where Superman was, in the air or on the ground, the city felt alive.

It was also revealed that this game was going to be released together the sequel to the Bryan Singer Superman Returns film. The sequel did not happen unfortunately.

We would have gotten an awesome Superman game, but unfortunately, bad things happen. The developer was asked if they could revive the project again, she replied that with the same team it could not happen anymore, but if WB Games could notice her posts and pick it up, they would not mind. It was going to be playable on PS3 and Xbox 360.