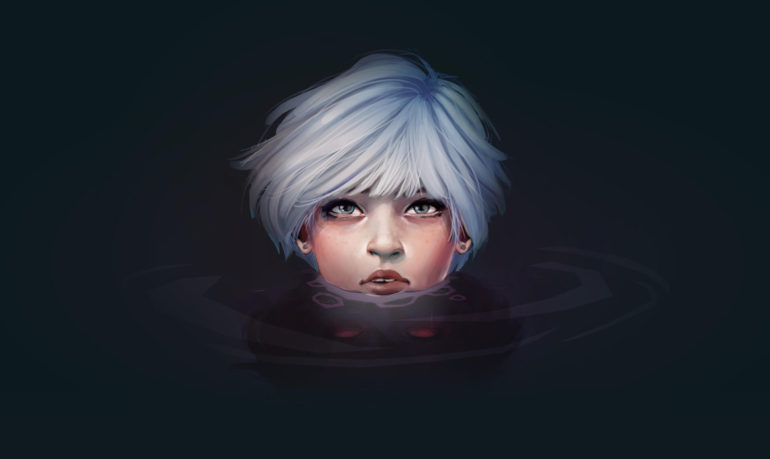 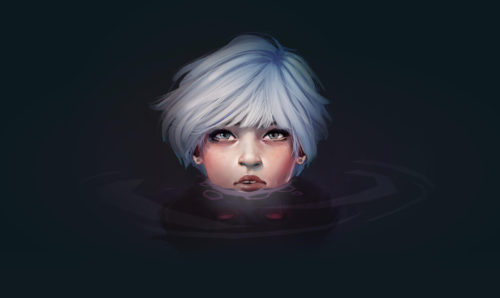 When we were kids, we were always told that monsters do not exist and you can never find one beneath your bed or hiding in your closet. But one thing they never told us though, that they exist within our minds and in that spot – they grow darker and deadlier by the day.

This is what Sea of Solitude is trying to tell us as we play as Kay, a troubled woman, who has to face her inner demons and lift herself up from the loneliness that she is surrounded from and help the people around her too. She has to face relentless and distorted monsters to emerge victoriously and shed her monstrous form. As I played through this game, the story itself is quite short. I can literally say that Kay has the shittiest life there is! All possible social problems known to man are lived by her and I genuinely feel sorry for her. Loneliness takes a lot of form and our minds can be very creative in creating that destructive world. Helping Kay navigate that sunken city is just the beginning of her journey.

As you wake up in a sunken Berlin-based city, you will have to navigate using only a boat. Strolling through the rooftops or swimming from one building to the next isn’t the only challenge that you are going to face. This game doesn’t really offer any objective or goal to-do list but you are given the ability to light a flare that will guide you where to go. Simple enough but as you go through the journey, the city hides its monsters below sea levels. Dealing with your inner demons has never been literal for this game. You will have to be careful in crossing the seas because one of Kay’s monster is a hairy whale-like-creature with red eyes and fangs that could go on for days. Wherever you are, it patrols the area. Ready to devour you when you stay on the water for too long. It swims really fast and you will have to be really strategic when is it the right time to swim for your life.

Aside from the monsters that you need to avoid, there are also puzzles and corruption that you need to contain. Unavoidably, it becomes a story loop. Every character that you have to face, you have to listen to their story – the root cause of this existential crisis. Then Kay follows them around to comfort them somehow and deal with the monsters that they themselves created, then clear out the corruption from their hearts. It’s quite frustrating since the storytelling itself is really delightful as they tackle tough situations that even reality doesn’t want to face. The game can be completed for 5-6 hours if you have the time but if you want to religiously complete the collectibles, then you can add around an hour or two on top of that.

There are only two collectibles throughout this game and that are the seagulls and messages in a bottle. Frankly, I enjoy collecting those messages in the bottles as it reveals more to the storyline. Some may argue that these were human beings trapped before like Kay. But I wonder, what if these messages are from Kay from her previous entrapment but couldn’t remember it. Well, who knows? You can have your own conclusion once you’re done with the game. Although as much as I enjoy collecting these, it’s not an easy feat. You see, some of the houses in this city look familiar and maybe it adds to the challenge but it tends to get quite confusing when you explore around to get those bottles. Seagull collection doesn’t really affect the game so much but they tend to circle around monsters which looks daunting and at the end of the day, still doesn’t make a lot of sense.

A feature I would like to point out is that Kay really needs to have that sprint option. She doesn’t have any weapons or ability to dodge these monsters and all she can do is run away. The school chapter is actually my favorite since it really tested my patience and the ability not to panic. Bullies that are ever-present in schools are represented here with the utmost detail of malicious and menacing intent. The chant that they do gets inside your head pretty easily and may distract you from what you need to do. If you get too close, they crawl or run towards you with that red eerie eyes always watching you. When you get so close to them, there is nothing you can do but to face them. To face your fears and hope for the best, hoping they would stop chasing you.

Developer Jo-Mei games did quite a fantastic way of showing a visual presentation of the turmoil that one may be struggling inside. The horror of drowning of your own anger and depression is quite real for those who are suffering it. Mental health is just only introduced in the Philippines and albeit using the same representation to the masses will have them grasp the reality of how it is to suffer and start seeing it as a serious illness. The game itself isn’t about a happy ever after but it teaches Kay the happiness of letting go. Saying goodbye even if you have full of love for each other. This is not always the case but it’s always a good start.

Voice characters really add to the sentimental quality of the storytelling. The way the monsters interact with you with their creepy familiarity gets to your skin somehow. When you navigate those dark corridors with lightning strikes at the background really adds to the gloominess of it all. Powerful black and red colors cloak the city that makes it more horrifying and it is always amazing when that ray of light illuminates the darkness. A light of hope that also brightens the city with its pastel colors and suddenly it doesn’t look that horrifying any longer. That sudden change of landscape is soothing and a relief at the same time. It’s awesome how a simple transition can change the mood so much.

If you are a player who appreciates great storytelling with minimal hours of commitment, this game is for you. It may not be enjoyable though for players who are seeking hardcore action-adventure gameplay. Story loops may eventually exist but the graphics, colors, voice and sound quality really makes up for it. Regrettably, the game has a lot of potential, it has a lot of feels to it. I know a lot of people out there – gamer or not can relate to the emotions that Kay portrays. I think that end credit scene is a sneak peek on what’s to come which is really exciting since this can be developed to so much more. I am really looking forward to it. 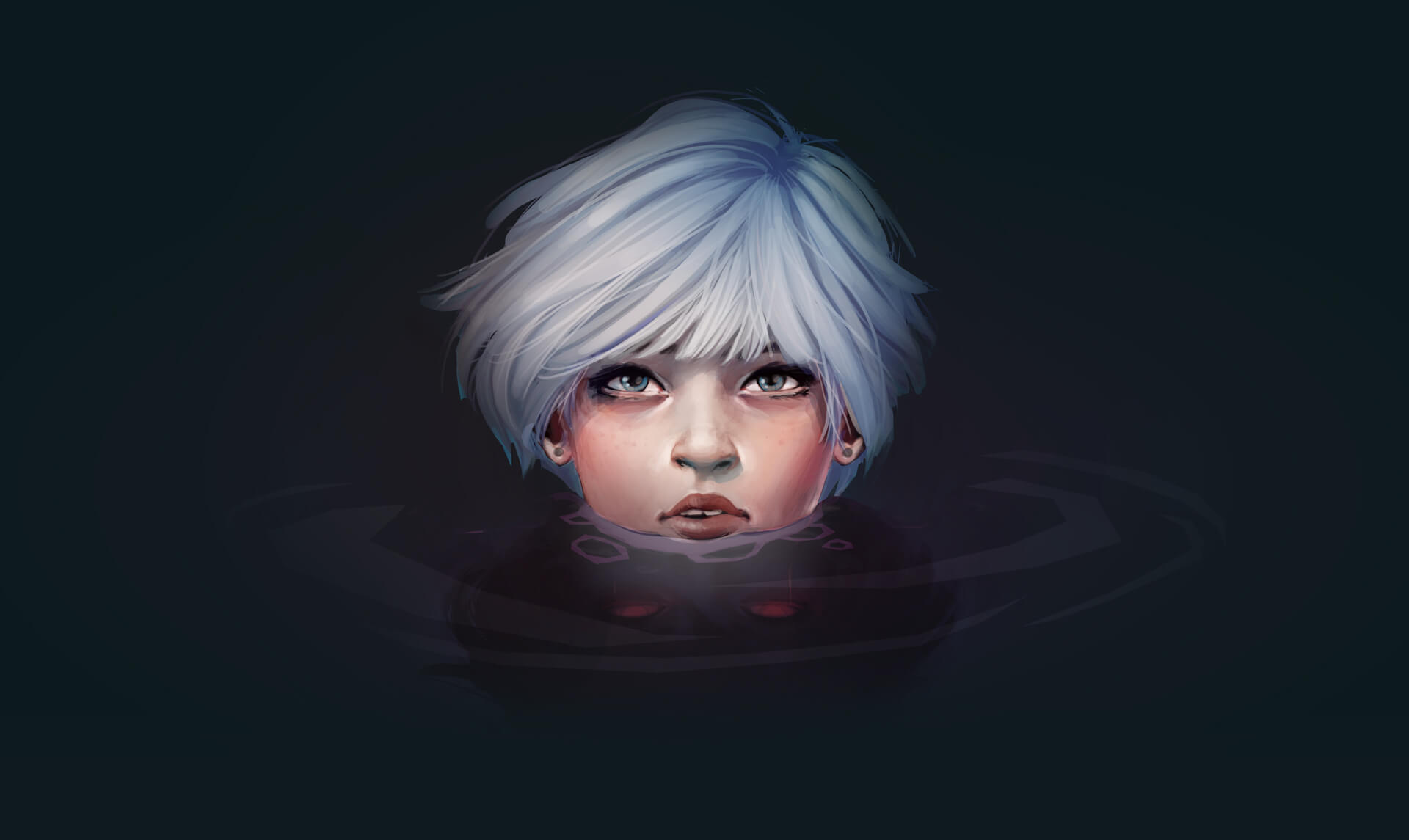 Sea of Solitude – Review
Score Definition
We tell you, it’s a good game! It’s not average! It might have some problems here and there, but you have to admit it is a “Good” game.
Pros
Voice Actors and Sound Quality
Storytelling
Visual Representation of Depression
Message in the Bottle Collectible
Cons
Story Loop
Same City Appearance
Lack of Sprint Ability
7
Good