Gets a new trailer to confirm additional new platforms and more. 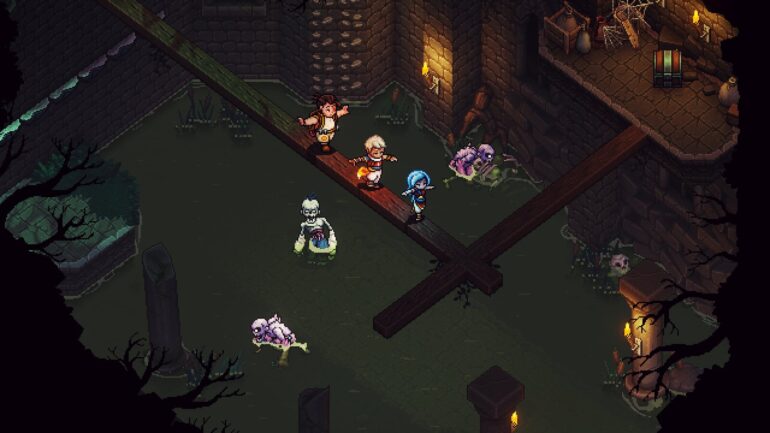 Sabotage Studio has recently confirmed that Sea of Stars is coming to PlayStation consoles.

After Sabotage Studio announced the delay of this much awaited indie JRPG, the hype of fans got deflated. Now they are awaiting some good news from the developers and it seems there is hope for them as more platforms just got added. It was confirmed that Sea of Stars is finally landing on the PlayStation consoles, for the PS4 and PS5.

The release window still remains the same unfortunately, which is 2023. At least some new information was released as some have dreaded they would have to wait near 2023 for more news about this upcoming JRPG. To commemorate the announcement, a new trailer was released especially for the PS4 and PS5.

According to Sabotage Studios, the game will have seamless transitions from navigation to combat, no random encounters, and no grinding. Combat will be a major feature of this game though.

In Sea of Stars, it will have an actual turn-based gameplay instead of having time bars. This will make it easier for players to make decisions and let them avoid pressure from doing so as they do it at their own pace. Each of the six playable characters will have a small kit of four spells/skills with different damage types and patterns that can be combined with other characters’ moves.

MP has a low cap, which can make it quite challenging, but it can be regenerated by just attacking normally. This will give players tactical advantage and when to dish out powerful skills or spells on enemies when the timing is right.

Enemies have use spells or special skills will show a bar with locks and each of them has a certain icon of a damage type. Break the locks to weaken a move and break all of them to cancel the move altogether.

Build up energy with combat actions to turn them into combo points. These can then be used to perform dual attacks that combine the patterns and damage types of both characters. Instead of using MP, only the combo points will be used when the battle ends.

Normal attacks will generate live mana that can be absorbed by any playable character when they need a boost. It can stack up to three times and each of them will increase the character’s magic attack on their next action.

The best feature is swapping with other characters from the back lane at any time and without any cost. With six characters and only three characters max will be on screen, it would be an advantage to swap easily with the ones on the bench at any time if the front lane is in danger and in need of healing.

Here are more features that will be coming to the Sea of Stars soon:

Sea of Stars launches next year for PC, Nintendo Switch, and newly added PS4 and PS5.