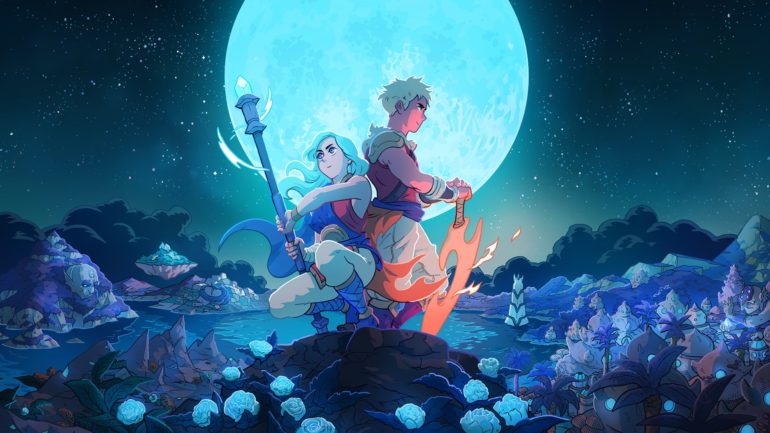 The new trailer featured some gameplay, which looked like a turned-based RPG mechanic. For a top-down 2D animated video game, it is well animated and the mechanics are interesting. Check out the description below:

Sea of Stars is a turn-based RPG inspired by the 90’s classics. A prequel story set in The Messenger’s universe, it tells the story of two Children of the Solstice who will combine the powers of the sun and moon to perform Eclipse Magic, the only force capable of fighting off the monstrous creations of the evil alchemist known as The Fleshmancer. Promising the Sabotage touch in every system, Sea of Stars aims to modernize the classic RPG in turn-based combat, storytelling, exploration and interactions with the environment, while still offering a hearty slice of nostalgia and good old, simple fun.

Backers will be able to try out a playable demo soon. Sea of Stars is coming to PC and consoles in 2022.

Check out the latest trailer here: