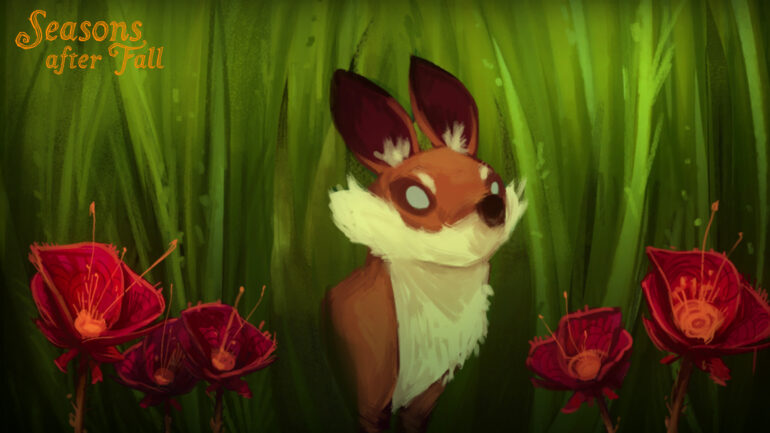 Seasons After Fall is a 2D platform-puzzler game developed by Swing Swing Submarine and published by Focus Home Interactive. Bringing you into an eye-catching world of nature and magic, exploring its land as a fox with the power to manipulate the four seasons and solve its mysteries. 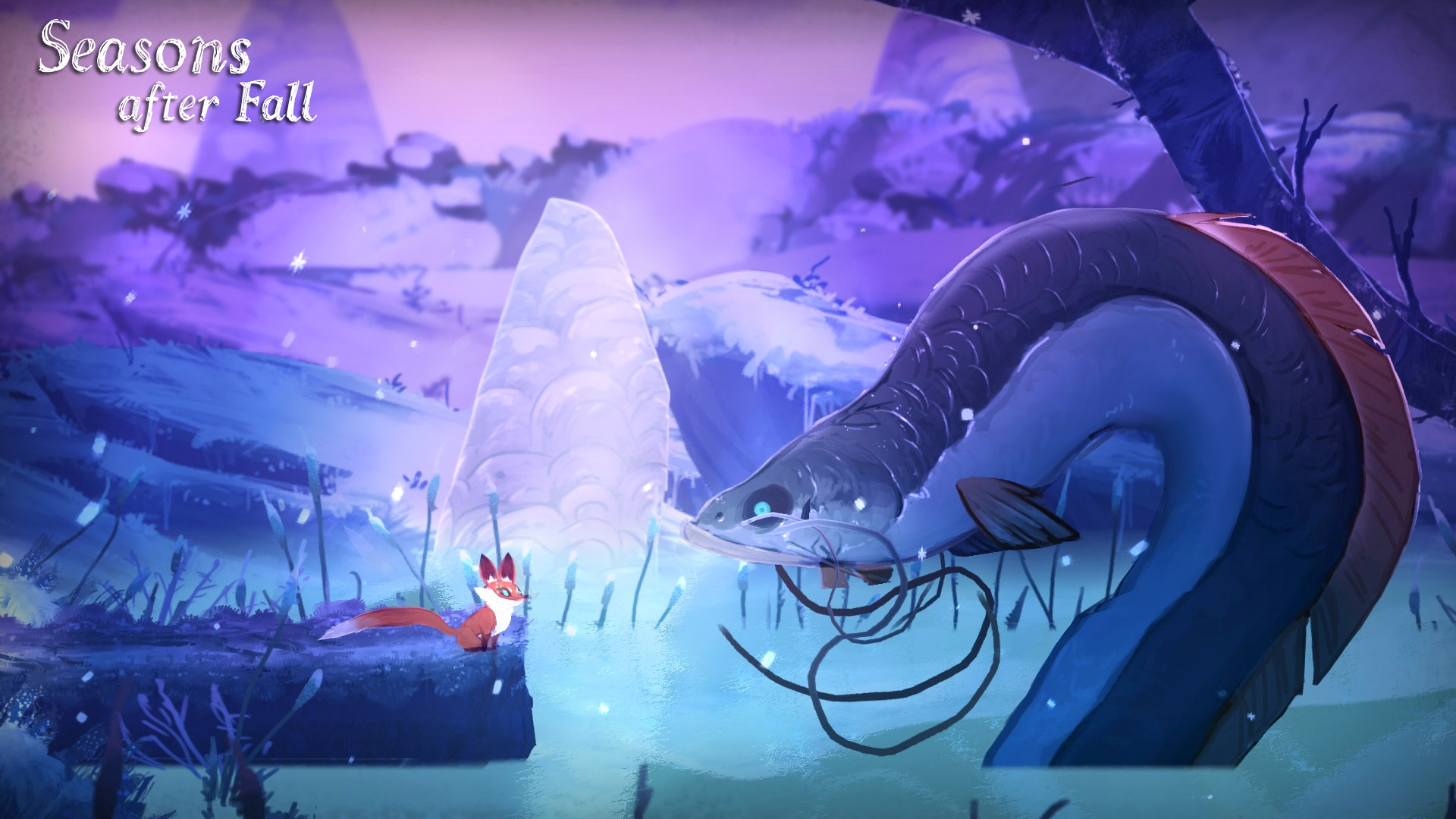 Once the game starts you will be surprised that you will begin as a ball of light or what they call a seed than a cute sly fox. You will not even get the purpose on why you will be floating around collecting some other light balls but after a few moments of floating around, you will be in a forest where the actual game begins. Without any dialogues from the seed, a seemingly harmless voice will greet you and give your first quest to collect elemental powers from the four guardians and help you possess the nearby fox.

Have you ever got that suspicious feeling just by hearing one’s voice? That will be your idea when the mysterious voice talks and you will hate it already from the start. Though I agreed with the voice about its idea of being a wolf instead a fox but the orange fur-ball was good enough already. As the story progresses further, the voice will shift and reveal itself as an antagonist. So yes, you will have the right to hate it from the start, though it is really obvious that the voice is evil.

Control scheme is very easy. The fox can jump, run and will soon have the ability to manipulate seasons. These are the game’s mechanics. The four seasons manipulation ability is the main thing in Seasons After Fall and the requirement in gaining access to places and puzzle solving. The effects from the seasonal abilities is truly beautiful. The forest completely changes its environment depending on what season you chose. The plants, water and tiny animals also adapt to the season and their reactions or purposes change, too. For example, choosing winter will let you run and jump across frozen water and choosing autumn would cause mushrooms to bloom, gaining new platforms to reach unreachable places before. The combining of seasons will make the puzzles good and complex than it should have been. The whole forest literally becomes the puzzle and it would really put you on a test.

Seasons After Fall is not flawless. There are some moments that your jumps will get delayed and it bothers especially in solving a puzzle on an upper level. Few times the game will lag and you have to restart the game to stop it. The world is too small to explore that revisiting the same areas multiple times is not exactly a fun thing to do. Memorizing the area will be a great help for you will be running around in the same places. On the brighter side, since the game does not offer a map, you will need to figure out which way you will go. It may sound impossible to be lost in a 2D world but believe me there is a chance you will around the forest. The game does not also display violence, like the fox will die if you fall from high places or get his paw injured due to all that running and jumping in different places.

Seasons After Fall‘s story is almost  like a child’s favorite bedtime book with its adorable illustrations. Making the story not too complicated to understand, but the message it conveyed was deep. Its music is very relaxing coupled with sounds of nature making it so pleasant to the ears. Some puzzles take time to be solved but all of them were good enough. Graphics is stunning, the paint art style is nicely done especially when the seasons change. The game is a chill and a good experience for platform lovers and totally recommendable and worth the time to spend on.