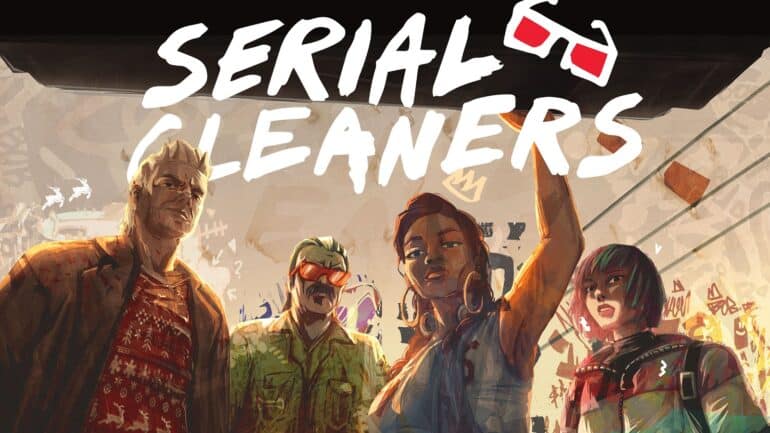 At first glance, Serial Cleaners looks like an indie game made by a small team of developers. Take a second look at it, however, and you’ll find an interesting cast of characters with tragic backstories. The gameplay may have inconsistencies here and there, but if you play it fast and lose, you’re definitely going to enjoy it.

Serial Cleaners is a top-down stealth-action game where you experience the ups and downs of a team of crime scene cleaners as they look back on past jobs and prepare ready themselves for the next millennium.

It is New Year’s eve 1999, and a team of ‘cleaners’ is celebrating the last minutes of the millennium by exchanging stories of various jobs they did throughout the 90s. The game’s story is spread out into five major episodes with each character retelling their most treasured memories from the past decade – their beginnings, their highest of highs, and the lowest of lows. In a way, a mixtape of all their greatest hits.

We have the old pro and mentor, Bob. A master artist of his craft, he can clean a crime scene better than anybody else. He is joined by the people he personally recruited into the life – Psycho, Lati, and Viper. It is worth noting too that his proteges have personalities that are as unique as their skill sets.

Psycho is a psycho whose idea of control involves going ham with a chainsaw. Viper is a hacker who is adept at making tech do her bidding. Though if I remember correctly, floppy disks were already on their way out by the 90s. And then there’s Lati, the most gifted of them all. She aspired to be a famous artist but found out she can make a living cleaning up after the mafia. She’s the most rational one of the bunch.

The player’s main objective in the game is the disposal of any evidence that can link back to your crew or their employers. This includes, but is not limited to, dead bodies, incriminating evidence, and blood. Lots and lots of blood. In this game, a handy dandy vacuum cleaner is used to clean up pools of blood. Whatever gets the job done, I suppose. Once all the evidence has been dealt with and enough blood has been cleaned up, you are able to finish the level and progress the story.

Bob is the gold standard of which all cleaners should aspire to be. He is efficient and somehow the crime bosses like watching him work. The proteges learned a thing two or from the master but they have their own skills that set them apart from one another.

Lati uses her art to distract cops as she does her best work behind their backs. She can parkour like a pro which comes in very handy when being chased by cops. Psycho is a freakishly strong man who can knock enemies out by throwing stuff at them. He carries around a chainsaw that leaves enemies stunned in disbelief at the mere sight of him ‘cleaning up’. Last but not least, there’s Viper. She’s a hacker who uses the power of technology to distract enemies from her location. Her small frame allows her to crawl through vents.

Multiple characters can use body bags to not draw attention. There’s also the blood slide that allows them to literally slide on blood as if it were sheets of ice. It’s one of the most ridiculous things about the game but it’s actually a pretty fun way to evade capture.

As a team of cleaners, you are naturally going to butt heads with the cops. They get to the crime scene so fast that boggles my mind sometimes. It must be a 90s thing. They notice every single change you make to the environment too. But they fail to remember seeing unauthorized people at a crime scene.

You remember watching those movies where the clueless cops are trying to figure something out but then there’s this one guy jumping all over the background. Yeah. That’s your character right there.

I can’t say that it wasn’t fun running circles around the cops. But it did eliminate much of a need to be stealthy. And plus whenever you get killed, you immediately return to the last checkpoint at a snap of a finger. The game is very generous like that.

I admire how much there is to know about the story. I’d say I was really invested in the story after playing for a couple of hours. They really did a good job of making me want to care about the characters. And that level of interest stuck with me until the very end of the game.

The game has a number of 90s throwbacks as well as connections to 90s pop art. As someone who’s lived through that era, seeing all that brought back some nice memories.

My biggest complaint about the game comes from the occasional animation break. It doesn’t mean much since the game has a PS2 vibe to it. It is still very distracting when something freaks out on screen. My other complaint is that apart from the cast of characters, the rest of the game seems lacking. The gameplay is straightforward and you don’t get much other than a pat on the back for perfectly cleaning a level. I sort of hoped there would be something more than a Steam achievement but that’s just it.

But I gotta say though. Whatever complaints I have about the game it is eclipsed by how well the characters and story are written. The entire game can be compared to a final episode of a show where the cast talks about their best memories before saying goodbye one last time. At least that’s what it felt like.

Overall, Serial Cleaners is a fun little stealth title with a cast of likable outcasts. I like that it doesn’t overstay its welcome and delivers one of the more complete narratives in recent memory. If you’re looking to pick this title up, it’s best to do it for the story. The crew has some interesting tales to tell and that’s never a bad way to cap off that chapter of their lives. 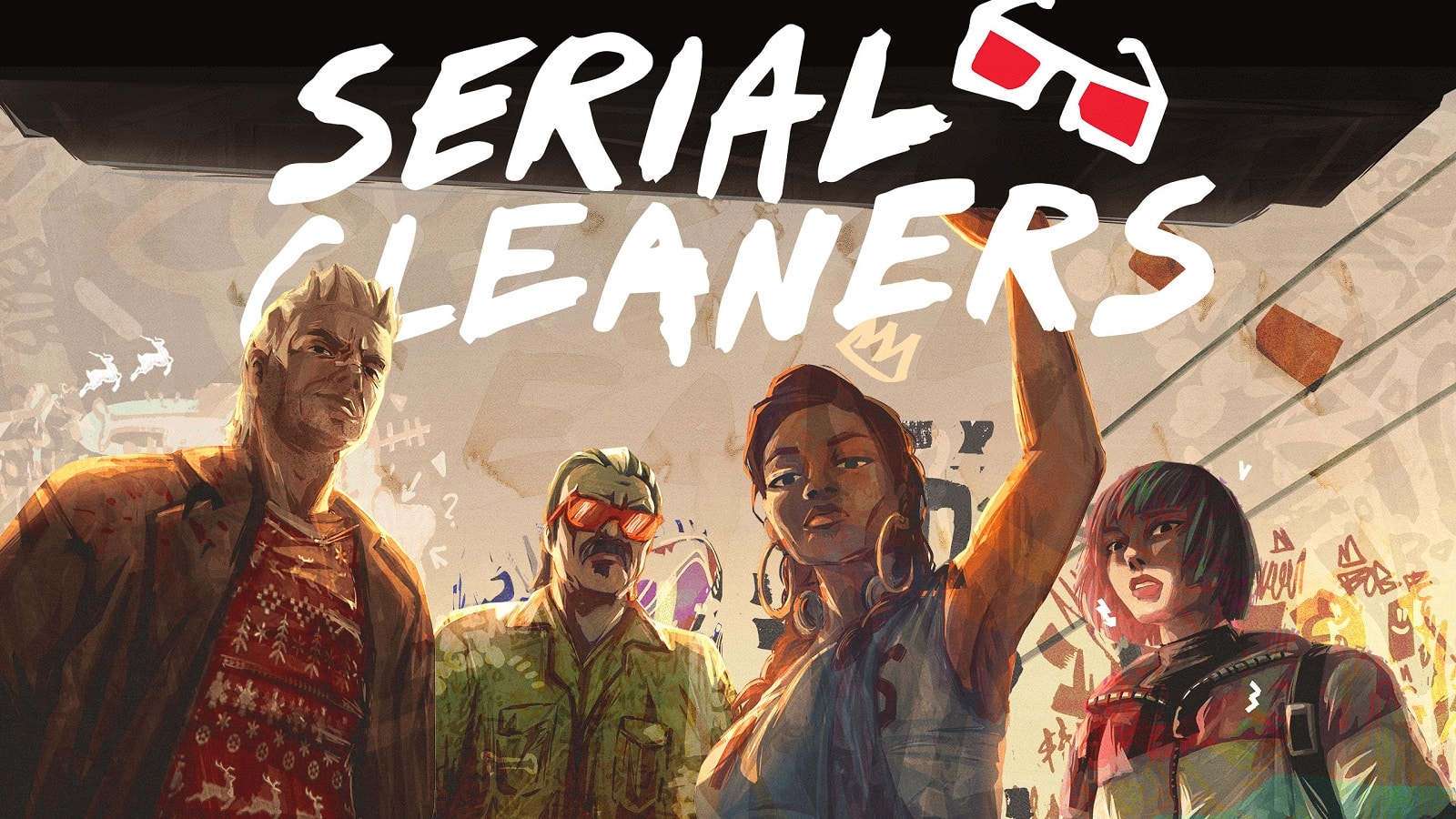 Serial Cleaners – Review
Score Definition
We tell you, it’s a good game! It’s not average! It might have some problems here and there, but you have to admit it is a “Good” game.
Pros
Likeable cast of characters
Gameplay is fun once you get past the wonkiness
Allows you play fast and loose if you want
Cons
A distinct lack of facial animations
It does bug out occasionally. Nothing game breaking though.
Other aspects beside the story telling are lacking
7.5
Good