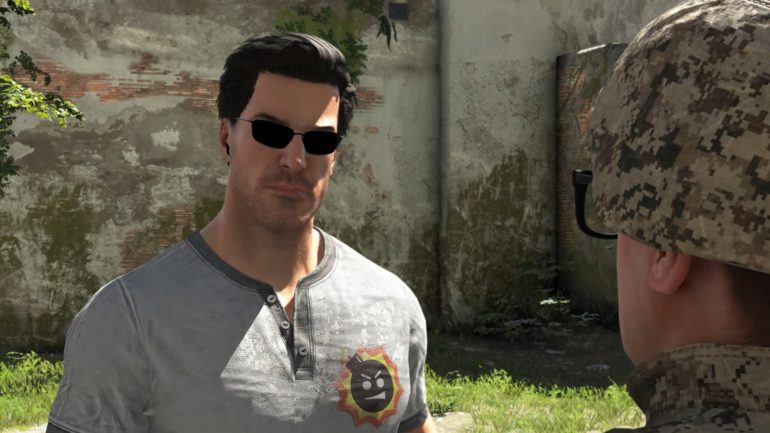 For the first time in the series’ history, the game will deliver a story worthy of a blockbuster which will elevate it to a whole new level. This also promises the fans a better title that they have been waiting for.

Oozing straight from the proverbial feather quill of Jonas and Verena Kyratzes comes a story about defiance to an evil alien god eager to bring the Earth to an end. Serious Sam 4 is aiming to become a real B-movie of games, with an over-the-top plot, memorable characters, and – most importantly – heart.

“The first thing we had to do was make sure it was a Serious Sam story,” says Jonas Kyratzes. “We had a lot of conversations with the rest of the team where we just talked about getting the tone right. It had to be funny, but not a parody. It’s pulpy, but quite earnest.”

“The Serious Sam games all require a strategic approach to play well. They’re silly and chaotic, but they’re not dumb. So we wanted a story that was exactly like that.” – added Verena Kyratzes.