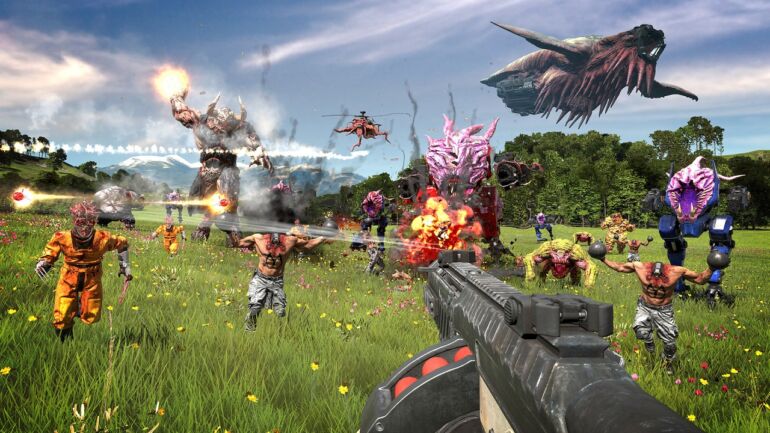 Game developer Croteam is proud to announce the launch of the official modding tools for Serious Sam 4.

These modding tools will be available in the Serious Editor 2021 and powered by the Serious Engine. They are now available on Steam and will follow a full Steam Workshop integration later on.

“Modders have always been the backbone of our community, expanding Serious Sam games with crazy modifications of all shapes and sizes. Some of the total conversion mods we have played throughout the years were absolutely impressive and have kept our games alive for years,” said Davor Hunski, Serious Sam 4 project lead and CCO at Croteam. “We can’t wait to see what the modding community has in store for Serious Sam 4.”

The Serious Editor latest version will come with new improvements and tech features like the new terrain editor, improved battle systems, vehicle support, and upgraded scripting tools. These will provide modders with everything they need to make their own content for the game.

As a sign of appreciation for the fans who still support the franchise, the team is offering big discounts on several of their titles on Steam.