Settlement Survival Demo Impressions – Balanced As All Things Should Be

In this preview, we take a look at one of my favorites from the Steam Next Fest - Settlement Survival. 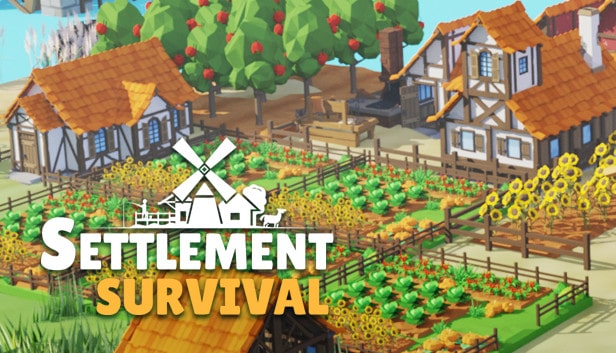 City builders, if done right, strike a good balance of planning and crisis management, and Settlement Survival does almost exactly that. What the game does very well is the fact that it is very hands-off when it comes to its management style; often it is the settlers who take priority for their own well being and only looking towards the player as a advisor first, instead of an overlord who micromanages every aspect of their lives.

The only issue I see with the game is that, it is a very drawn out experience with a single settlement taking upwards of several years or even a full decade to reach full productivity. (Well, that’s what speeding up time is for.)

A level in Settlement Survival starts off with the player choosing the initial point where the settlement begins. From that singular point, the player is expected to the grow their city using the resources around them. The settlement starts with around 30 settlers, gatherers for the most part. And you will need every bit of resource to build homes for all your citizens, especially since shelter and temperature play a part in their well being.

One of the things I really like about the game is that it uses the selection approach to mark resources that the player wants to gather. In the gathering tab, the player can mark an entire forest for cutting. The citizens won’t stop until all marked trees are taken. This is great for when you are planning to reforest, and have only certain place cut down to make room for your city. Wood is not the only thing that can be harvested, settlers can gather rock, iron, and wild plants to use for food and medicine.

With housing addressed, we take on the task of advancing technology and culture. The tech tree is one of the most comprehensive I’ve seen outside of grand city builders. Players have the option to research more advanced gathering techniques, focus on entertainment and culture to improve the lives of citizens, or unlock produce new goods that can be traded for money. Survival doesn’t mean we have to sacrifice what makes us human to advance. That’s for other games to explore.

Another thing I like about this game is that houses need continuous repair, and tools eventually break down. To others, it might like a hassle, and I admit that it is. But to me, it’s a breath of fresh air for this kind of game. Not only do we deal with this as if it’s a mini-crisis, but there is a benefit to keeping tools in tip-top shape, they just flat out do more work.

Speaking of crisis, the game has them too. Fires, random tornadoes, you name it. Although, I have yet to encounter a major crisis during my time in the demo. I can only assume that when the full game comes out, and more levels are added, the players’ crisis management skill will be put to the test. (I even noticed that the clinic has research options dealing with cholera and other nasty diseases.)

The blocky graphics are definitely to the advantage of the game. There’s something more comforting about them than some ultra realistic model and fancy FX. It’s almost Minecraft-like in that regard, but with more polygons for good measure.

As for additional observations. Pressing the ‘F’ key changes the style of the building that’s being built. This helps break up the monotony of a singular home design. If not for this option, entire districts would have looked like one of those prefabricated neighborhoods in real life. Those places always rub me the wrong, no matter how budget friendly they seem to be.

There are 3-4 speeds when it comes to adjusting game speed. Pressing F1 slows down. At max, it stops time all together. Pressing F2 increases the pace to something like 3x or more. Nothing ground breaking, but having more control over time is still appreciated.

Like I said before, it can take years for a settlement to reach full productivity. Adults take time to settle into their lives, and then they become parents. Children then need to grow up first before they can take up jobs. Thankfully, it’s all plug-in/out when it comes to jobs, and your citizens don’t need to have a specialization to handle a job. The building just needs bodies to become active. Children won’t be capable of entering the work force until they’re at least in their teens.

There’s always the option of attracting nomads, but the possibility of them doing harm to the community is always a risk well worth considering.

I feel like I’ve glossed over a lot of stuff. Particularly, in the various buildings and their functions. But I don’t really need to explain every single structure and what they do, right? All you need to know is that the game allows you to plan out your city as you wish, but don’t plan too far ahead, it still takes time for your settlers to clear areas and to construct your buildings. And having many buildings in queue just makes the wait longer.

I am looking forward to this title. Considering I’ve sunk more than 5 hours into the demo already. You can tell that I am hooked with the city building aspect of this game.

For more information about the game, visit its Steam page. You can wishlist the game right now too.