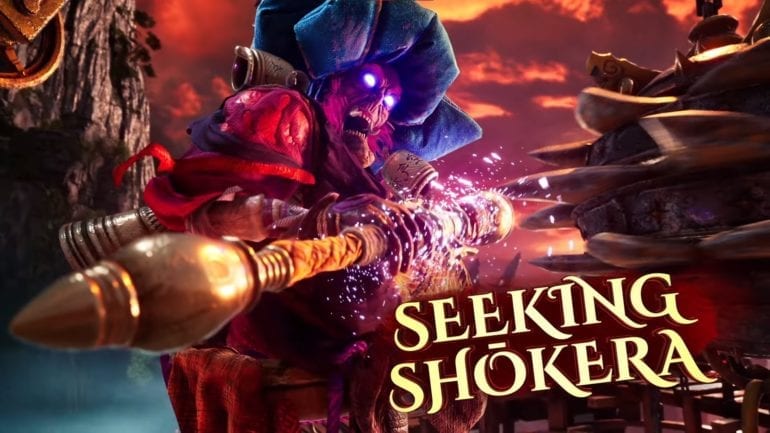 The sneak peek video is focused on the “That Damn Dam” mission where it showcases the location, the different demons Shen has to face with a new one called the Seeking Shohera. If it gets killed in a certain way, players would get a new weapon called Gore Weapon: Seeking Eye. It is an excellent weapon that seeks out enemies and tears them to shreds with its razor-sharp blades buzzing around the eye.

The almost two minute clip showcases the Arena Kills, where it is easy to dispose of demons with the environmental death traps that does not distinguish friend nor foe.

Shadow Warrior 3 launches the offbeat first-person shooter series to the next level with a seamless blend of fast-paced gunplay, razor-sharp melee combat, and a spectacular free-running movement system.

Shadow Warrior 3 will launch sometime in 2021 for PC, PlayStation 4, and Xbox One.