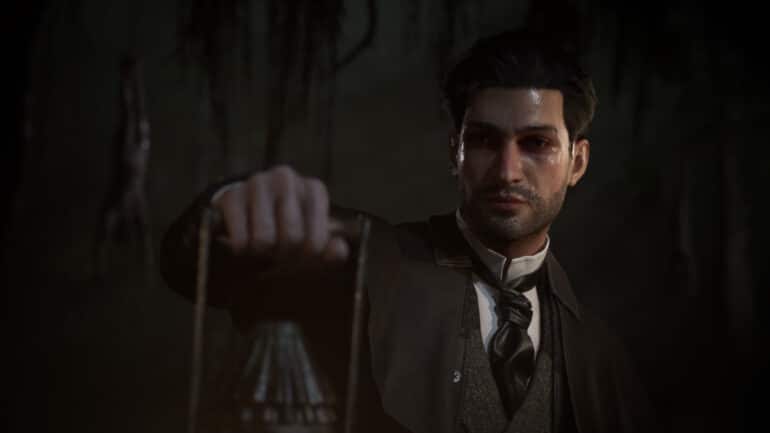 In this game, it will be a meeting of science and horror: Sherlock meets Cthulhu horror adventure. It features a young Sherlock Holmes and John Watson taking on a chilling and psyche-shattering case that will both forever bond and scar this dynamic duo. At first, it was a straightforward case about a missing person, but suddenly it takes a drastic turn where a web of conspiracies binds them. A nefarious cult that worships the eldritch god Cthulhu is involved and is attempting to complete a certain ancient prophecy.

In the trailer, the game is set in dark and murky places across multiple countries and continents. It also shows some of the tools and tricks that Sherlock uses to find out the truth. He uses his wits and imagination in order to piece together key moments in a crime. He can interrogate suspects in order to get the important information that he needs.

“By around May or June 2022, our team had become quite stable and adept at working with the war raging on in the background. But since October missile strikes across the entire country have ramped up immensely with civilian electricity, internet and water infrastructure now being the main targets. So, like the whole country , we are grappling with constant power outages, unstable internet connections, heating issues and so forth. It’s an inconvenience that hinders our work, brought to us courtesy of an incompetent and cowardly army who need to try starve and freeze civilians in order to claim victory. But we have figured out ways to deal with these hurdles like everyone else and simply keep moving forward.” – Sergiy Oganesyan, Head of Publishing, Frogwares

Sherlock Holmes The Awakened launches sometime in February to March 2023. It will be released on PC, PS4, PS5, Xbox One, Xbox Series X/S, and Nintendo Switch.