Checking out for a video game that gives you awesome visuals, tame fan service, JRPG gameplay, and a feel-good story? Then you should check out Shining Resonance Refrain, a remaster of the original title: Shining Resonance for the PS3. Here are some of the details before we proceed to the nitty-gritty.

Anyways, let’s get this show on the road, shall we?

One of the notable features of this beautiful game is its character designs, which was done by the one and only Tony Taka. Since I am a fan of his works, I thought there was going to be a lot of fan service, but to my surprise, it was pretty normal looking. The designs are decent and pleasing to the eyes, nothing too erotic, and not super conservative. The cell shading is quite the feat as well since the whole game pretty much mixes well with the game engine. The best part is the 60 frame per second feature, which is present on all platforms.

The animation of the characters is fluid as well. I have not seen any delayed action, delayed lip movement. Everything is in sync and moving well. The special effects for powers are not that overblown though, so there’s that.

For visuals, I’ll give this an 8. The visuals are pretty sweet, but some spots are bland as well.

I’ll just let this out of my chest before we move on: why in the damn hell is the protagonist so damn wimpy?!?! I know that that’s how his character was built, to be super compassionate and all, but come on! Dude at least has to be man enough to talk back to other people and not stutter a lot. By far, the wimpiest protagonist I have ever played in a video game. There must be others, but at least in the early chapters, they must have some courage to fight against evil and such. This guy is so indecisive and runs away when cornered. Well, he does improve later…. Waaaaaaaaay later, in the last 2-3 chapters of the game. It’s way too late!

Then there’s the story. The dialogue. OMG, the dialogue is way too long to read! Sure, the main story dialogues are voiced, but dammit we almost don’t see some action. We only see the characters standing there with the dialogue box below. It’s like they are acting while reading a script. It should’ve been short and in bursts, not some long and dragged conversation. I find myself skipping some lines instead after reading them way too fast and got tired of them voicing those lines. And the non-voiced ones… argh.. the pain of it all! Again, skipped most of them because it’ll just make me sleepy. Actually, I slept a few times reading the lines in certain scenes.

The story itself is quite the drag to follow because at first few chapters were so sleepy, so dragging, and so cliché. Then in the last few chapters, you get some sudden character development, surprising plot twists, betrayals, and anything that could surprise you. So yeah, prepare for a long, slow burn and endure the boring chapters for a while before you get to the interesting parts.

For the story, I give Shining Resonance Refrain a 4. Too much cliché, weak-ass character, slow burn.

Sure I see some slight animation when my character hits an enemy with his weapon, but I don’t feel satisfied with it. It feels… lacking. I hate to compare with it other franchises, but it the gameplay looks the same with the Tales of series. The Tales of franchise is vastly superior compared to this one and every time you hit an enemy with a sword of a spell, you know you are hitting them with the best weapons or spells you’ve got. This just feels… bland. It’s almost like hitting a cardboard drawing with added special effects to it.

The abilities that get unlocked for a few characters are not notable as well, they look bland. It looked like they were recycled animations of the previous abilities and they just added small special effects and better damage. Some are flashy enough, but most of the characters have pretty dull abilities. Turning into a dragon looks cool and all, but when you hit the enemy, the cardboard hitting issue surfaces. Sigh, what a letdown.

Singing to buff your party is quite handy though and I like it. It definitely adds more umpf to your party in defeating enemies, especially if your protagonist is all dragoned up.

I’m not that bothered with the dating simulation gameplay that is added into this game. It’s not that necessary, but you have the option to do this for relationship bonuses. The sidequests are mostly easy to achieve, but they get bored by the last few chapters because they keep on repeating the same quests.

For gameplay, I’m giving Shining Resonance Refrain a 5. Not that bad, not that good either. Just pros and cons negating each other.

The dubs in Shining Resonance Refrain are glorious and the voice acting is professionally perfected by the actors. Every voiced dialogue has substance, has raw emotion, and power. You would really feel what the actor is trying to convey with a certain dialogue and make you empathize with that certain character.

The problem is the audio tracks: they are goddamn boring and sleepy! Some of these tracks are upbeat, but it easily cycles, again and again, making it repetitive and boring. The rest of the tracks are so boring and sleep, which adds to the long dialogues, making me doze off while playing. There should’ve been some upbeat songs to liven things up.

For music and voice acting, I’m giving this game a solid 6. While the voice acting was perfect and satisfactory, everything came crashing down after those sleepy music tracks.

Replayability: Two modes, no new game plus but some goodies after ending

There are two modes for players to try out in Shining Resonance Refrain, which are the Original mode and the Refrain mode. The original mode follows the story normally, while the refrain mode includes two special characters that will affect the normal ending of the game. It’s not much, but at least the option is there.

Aside from the two modes, the game congratulates for finishing the game entirely. This will unlock several features in your next run, but you will have to continue with your previous save. There is no new game plus though, which takes your first playthrough items, experience, and stuff to the next one. Kind of a bummer, but at least you get to continue from your last save and unlock other abilities and items.

For Replayability, I’m gonna give Shining Resonance Refrain a 7 for the two modes, tons of content to do, and the ability to continue after completion. Minus points for not having a new game plus though, it would’ve been perfect for the second mode.

Shining Resonance Refrain is a good JRPG to play for one playthrough only but filled with flaws and clichés. For those who appreciate Tony Taka’s work, this might be appealing to you but do be careful not to sleep through some long dialogue. If you bought this, then just display this for its superb artwork and character design. 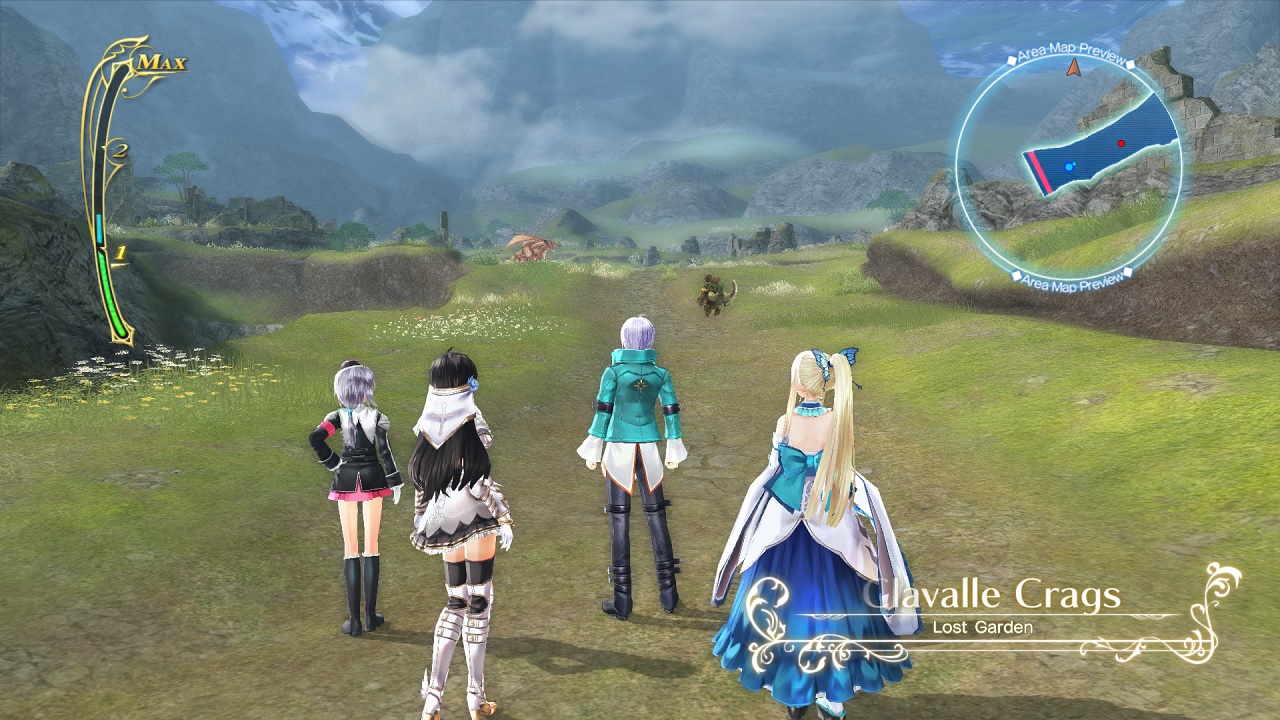 Shining Resonance Refrain (Xbox One)
Score Definition
You better have to choose if it’s worth spending your spare cash because it might not be the game for you and it might be for others.
Pros
Beautiful visuals
Character design by Tony Taka
Fun dating game
Fight as a dragon
Cons
Wimpy protagonist
Super slow burn story
Super cliche plot
Sleepy music
Unsatisfactory fighting gameplay
6
Justified