Shows to Watch Out For: Safe Heaven – Overwatch and MOBA Combined 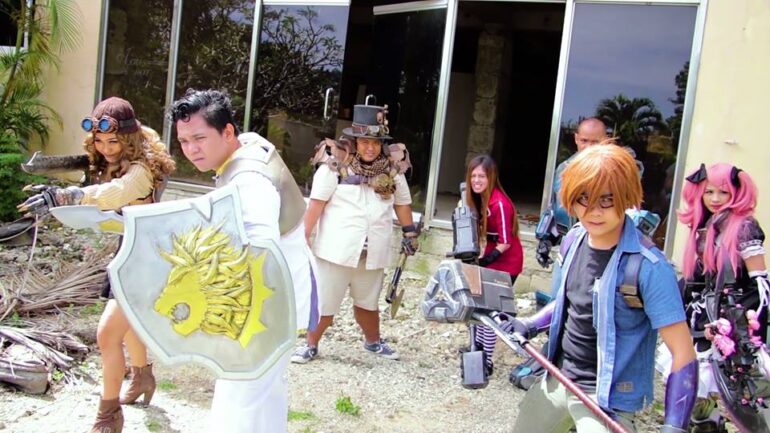 Being suddenly thrust into an alternate reality with a different set of rules and physics can be quite jarring for anybody who experiences it.

This kind of setting is actually quite familiar within the anime community. Isekai has become quite the popular genre for many anime watchers out there. With shows like Konosuba, Re:Zero, Gate, and the ever-so-popular Sword Art Online being one of the more well known ones throughout recent times.

If you’re a fan of the genre, you might be interested in what Safe Heaven has to offer.

Basically, Safe Heaven follows the same fundamentals of any Isekai show but with its own added twist into it to make the show develop its own identity. The show’s plot revolves around being transported into another world with a barrier restricting the escape of any inhabitants inside it.

For those who’ve played Overwatch before and are fans of Blizzard Entertainment, they might find themselves reminiscent of Safe Heaven to those respective titles. From an interview with the lead producer, Safe Heaven is supposed to have a MOBA feel, particularly that of Blizzard’s Heroes of the Storm.

Check out the trailer!

From what we’ve been told, Safe Heaven is supposedly centered around drama but has elements of comedy, romance, and a lot of action packed into its scenes.

Safe Heaven is developed by Gunslinger Dirge Production. As of now, there is now scheduled date for release. But the show itself is planned for release on Youtube sometime in the future.

I have to be honest, Safe Heaven didn’t quite catch my attention until I saw a clip of it one day at a cosplay contest. The action scenes were quite well done and choreographed rather well, including the special effects that decorated it. It’s what caught my eye while I was watching the whole scene.

While I don’t know what direction the story is going to be heading, I do have an idea as to where it might go. But as for now, I can only wait in anticipation as to what Safe Heaven has to offer for us.

It’s clear that Gunslinger Dirge Production has placed a lot of effort and has worked tirelessly in order to give us this. It’s amazing what passionate people can do when they work together to create something new.

If Safe Heaven is the best Gunslinger Dirge has to offer to us, then it is well worth trying out at least an episode to see if we like what they have in store. Who knows? They might just impress us.