Sims 4 Glitch Causes a Rather Unfortunate Effect on Sim Age

One town just halved its population with this glitch. 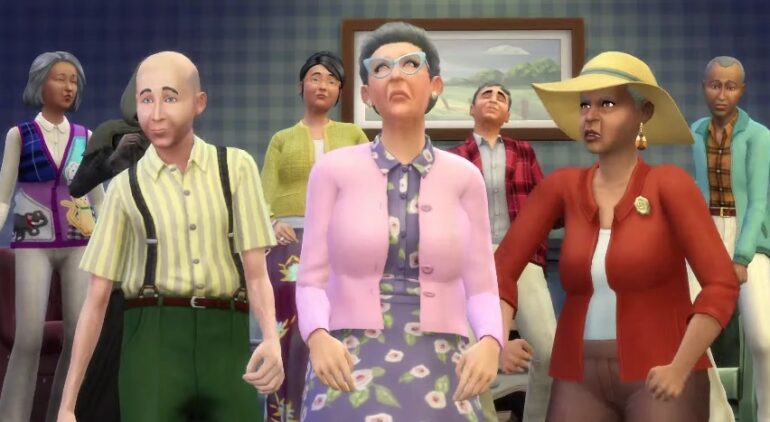 A new Sims 4 glitch has recently made some Sims age way too fast.

The latest expansion for The Sims 4 called High School Years is about to be released but somehow the recent patch just ruined it. It has now introduced a new bug/feature that made Sims age quite rapidly instead of the regular time it would do during gameplay.

A few days ago, the game received a patch that would offer new content to the game that would prepare players for the upcoming new expansion. Some of the new changes were the new sexual orientation features, curved walls when building houses, and more. On the flip side of the coin, the patch also introduced new bugs and the glitch that would make sims age too quickly was one of them.

Many fans were quick to notice after the patch went live that Sims all across players’ worlds would instantly grow older when they entered and exited the Create a Sim menu if the long lifespan feature was turned on, ironically. Many players would use the Create a Sim menu for many reasons and one of them is changing outfits. This was an unavoidable bug.

This was quite inconvenient for a lot of players because one minute they were just changing clothes and on the next, the rest of the town were already elderly or dead. Some players actually found it ridiculous and even went to say it has now become a feature rather than a bug. They said it just gave their Sims life the drama it needed.

Maxis has now reached to the fans that they should just avoid the long lifespan feature for now as they are currently looking into the problem. Some are now asking it would be an option rather than getting it removed. No comment yet on Maxis if they are considering this.