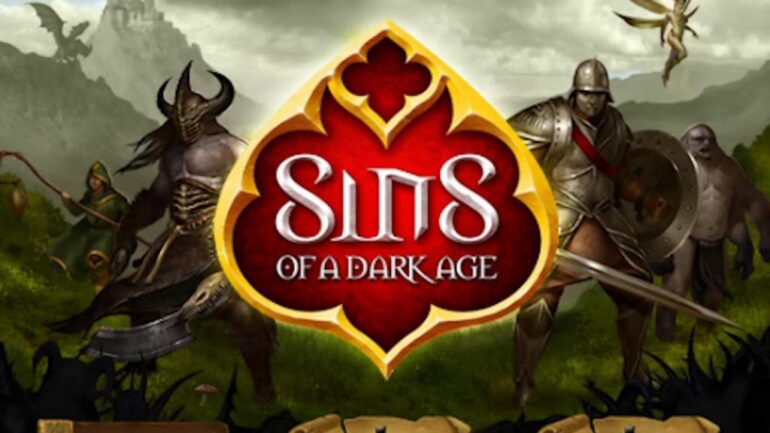 After more than a year of Early Access, Ironclad Games has launched Sins of a Dark Age (Soada) as a Free to Play game on Steam. Crafted from a rich storyline set in a dark fantasy world, Soada is not your ‘anything goes’ cartoon MOBA. The world is brimming with mature themes, serious backstories, expansive dialog, visual detail, and obvious RPG inspiration.

Before the game even starts players are able to customize their hero’s core attributes (much like in a traditional RPG) to best suit their personal play style. They can also equip hero specific gear that can alter abilities used in the game!

The role-playing doesn’t stop after the match ends either – players get free loot drops. Collect loot to craft Hero Gear, Skins, Lore Books, and other items, all for free! Not only are Heroes free to play indefinitely, there is no major grind, and no ‘pay-to-win’. Friend recruitment gifts and rewards are given out for good community spirit.

Ironclad takes the community so seriously that they’ve fully integrated the game with Steam and Twitch. Steam friends, voice chat, market, trading, cards, badges, achievements…you name it, it’s all there! With Twitch, Soada goes the extra mile with in-game twitch chat, streamer upvotes, and the ability for streamers to actually gift loot directly to their viewers, and be rewarded in return!

Players put off by the genre’s toxic reputation may be surprised to learn that Soada has taken aim at that as well. A Vice and Virtue system rewards good behavior with free loot and punishes bad behavior by denying it. You can also report and mute toxic players easily. Gold is shared (with a twist) so you aren’t left competing with your own team, and supports can really play as supports.

New players will love the Tutorial, Try Hero, and Custom modes for learning the game, experimenting, and even test driving new skins. In-game pause, and post-game replays are also available. Casual players will have a blast playing co-op battles against sophisticated AI golems, and earn free XP and rewards while doing so!

Competitive players can battle it out in Duels (1v1, 2v2) or Siege (5v5), or compete with their friends in the upcoming Challenges. All three modes have their own unique objectives. Players can queue for an unlimited number of modes, and can even play one mode without losing their spot in another. Upgradable in-game glyphs, totally new jungle mechanics, original items and a plethora of UI customizations will give pro’s plenty to look forward to!

With upcoming lore based solo/co-op Adventures and Challenges this is one game you don’t want to miss. For the next three days the developers will be in game, playing matches and engaging with the community. Hope to see you there! Visit sinsofadarkage.com to learn more.