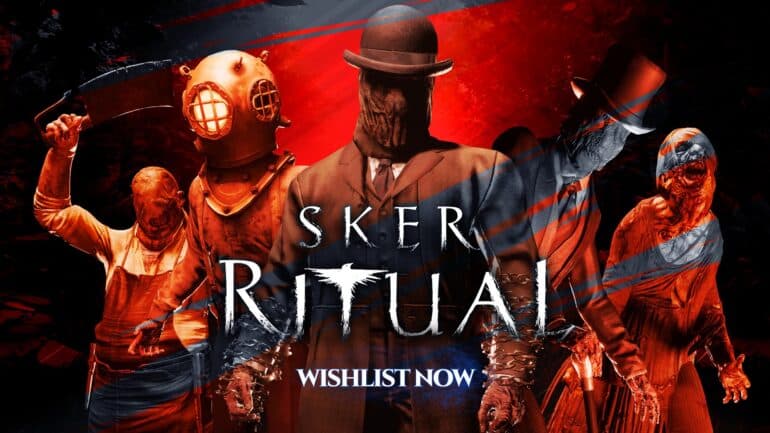 Publisher Wales Interactive has revealed a timed exclusive demo for Sker Ritual in Steam Next Fest which runs in tandem with Geoff Keighley’s Summer Game Fest from June 13th-20th. The demo will enable 1-4 players to team up online and face Sker Island’s Quiet Ones and their more powerful cohabitants, The Elites, in a first-person round-based survival shooter.

After customizing their character’s horror-themed masks, players can jump into Solo, Private, or Quick Play online matchmaking for one map, The Cursed Lands of Lavernock. The demo will include a sample of our Story Objectives and gain full access to The Laughing Policeman’s shop and the steampunk-inspired Magnificent Munitions Upgrade Station.

The demo marks the end of Alpha development and will switch to Beta before launching on Steam Early Access later this Summer. The alpha demo will be limited to 30 minutes per game, with an unlimited amount of replays.

Sker Ritual was first announced last May. it is coming to Steam Early Access this Summer, with PS4, PS5, Xbox One, and Xbox Series X|S console launch in Q1 2023. Check out the latest trailer featuring the teleporting Banshee, the lethal Mariner, the invisible Phantom, and the Maid of Sker fan-favorite boss Abraham.