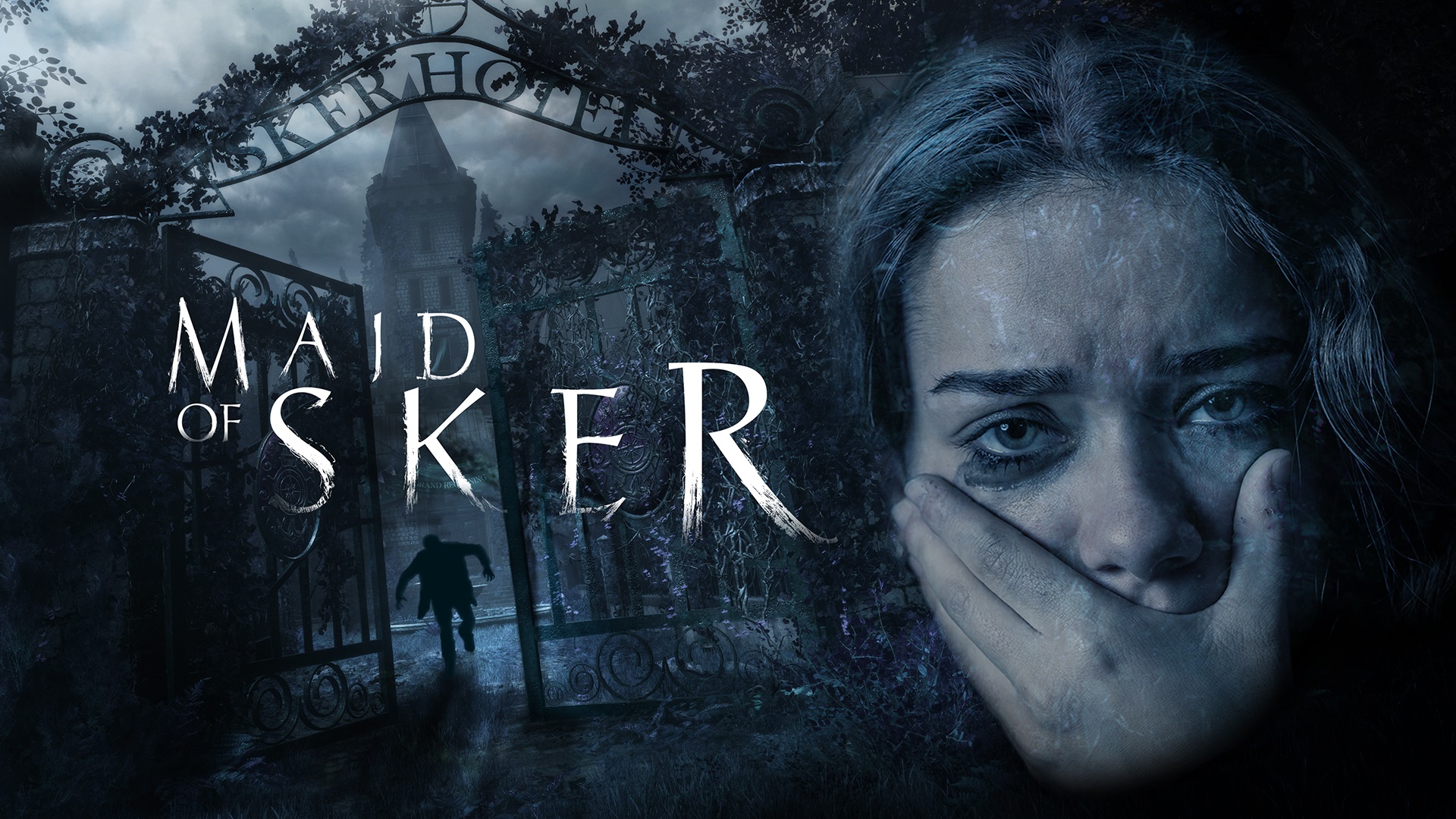 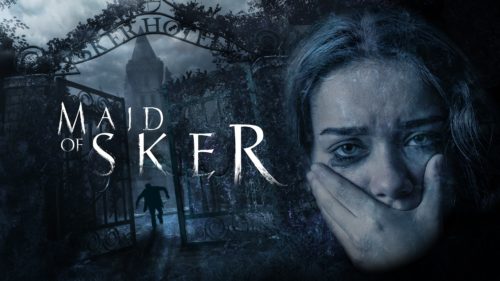 If anything, it seems that Wales Interactive went out of their way to be creative with the Maid of Sker. Many of the traditional survival horror elements from other games are very much still in play. But it seems the developers had some interesting ideas for the game that gives it its own unique flavor. But whether or not it’s enough to get you to purchase the game, is something you have to decide for yourself.

Maid of Sker is a first-person survival horror game that takes place in the country of Wales during 1898. You play as Thomas Evans, a man arriving at the rundown of Sker Hotel at the behest of his beloved. When he arrives, Thomas soon finds himself chased by blind madmen who attack anything that makes a sound. As the player, you must guide Thomas and uncover the mysteries of what happened exactly happened in the hotel and why everyone went mad.

Scenery wise the game is gorgeous. I was quite certain that the opening 30 minutes of the game was just the developers showing off how radiant the game could be. It gives us a bit of air, before throwing us into the decrepit hallways of Hotel Sker.

However, it seems that there are some issues with the platform that I played on. Frame rates were a constant hassle on my standard PS4. And texture pop-ins were incredibly noticeable. This was enough to make me dizzy on my subsequent playthroughs. Obviously your mileage may vary depending on what you’re playing the game on. PC players might have better luck. But from my experience, the game is in desperate need of patching--which at the time I played it--hasn’t received yet.

Baring that, the game nails the scary atmosphere on the head. Whether you’re be running through the hallways of a run-down broken hotel or scurrying through a hellish forest, Maid of Sker crafts its environments to be perfectly eerie and scary while never going overboard towards just being grotesque.

Of course, what kind of review would this be if I didn’t mention the music? There is this gorgeous song piece that is just bewitching. You can hear it throughout the game when you’re tasked with collecting the cylinders scattered throughout the hotel.

Wales Interactive really went out their way to design the soundtrack of this game. Just take a listen to it:

One of the things I like about the game is that it isn’t reliant on gore to deliver the scares. It doesn’t put us face-to-face with internal organs in an effort to gross us out. Instead, it relies on its atmosphere to communicate that eerie feeling with the player.

In the very first section of the game, I kept hearing somebody walking around the hotel. There weren’t any enemies even introduced yet at the time, but I was already at my wits end hiding in the corners, just waiting for a jump scare to happen. But it never did. The wooden floorboards were creaking so much that I was certain that somebody was in the hallways with me. The fact that Thomas was panting so hard didn’t ease the paranoia any less.

Unlike games such as Amnesia or Outlast, you won’t be running away from enemies or hiding in lockers until they go the other way. In the Maid of Sker, you’re going to be completing your set of objectives and getting from one point to another whilst slowly bypassing the horror that surrounds you. The Quiet Men, the primary enemies of the game, are blind and only ever react to noise. So it’s in your best interest to be quiet and move as slowly as possible.

I’d say that crouching makes you harder to see, but that’d be kind of pointless. When your enemies are blind, there’s no real purpose in trying to stay out of sight. Instead, crouching makes movement less audible.

The surface you’re on, what you’re breathing in, as well as Thomas’ stamina are all factors in just how well you can avoid the Quiet Men. Unlike other first-person survival horror games where you have to judge on just how well hidden you are, Maid of Sker has you putting your focus on making as little noise as possible.

Speaking of which, I was starting to wonder if Thomas Evans had asthma. He can’t seem to breathe in smoke for a couple of seconds without being reduced into a coughing fit. He isn’t even capable of holding his breath for too long before he starts seeing black and white. It’s as if the man just doesn’t know how to breathe quietly. In his defense, it may be hard keeping in control knowing the horrors that surround you.

There aren’t any guns in this game. Although reminiscent of Resident Evil 7, you can’t shotgun your way out of this mess. The loud sound of firearms would probably attract every enemy in the vicinity anyway. Which means that you have to rely mostly on stealth to get around.

Though you are not entirely defenseless, there’s no real way to fight back against the Quiet Men. Early in the game, you’ll be given some sort of sound device that can be used to daze enemies for a moment enough to run away. Though ammo for it is incredibly scarce, so only ever use it sparingly. Unfortunately, this weapon’s main function is to only ever give you room and won’t put enemies down for good.

For the life of me, I couldn’t really understand why Thomas just doesn’t pick up a sharp object and stab one of them with it. There’s no real reason why he couldn’t. The game doesn’t imply that these quiet men are immune to a bashing to the head. But Thomas never so much to make any kind of attempt to fight back.

Which may be a good thing in hindsight, considering any kind of noise will have enemies swarming at you. Even opening doors creates a sound that you have to be careful of. If you really need to distract enemies, you can use the environment to create noise to lead them in a certain direction.

One of the better ways to get past enemies is by holding your breath. Now while you can’t really do this for longer than 10 seconds without seeing black-and-white, the game is rather generous with just how far enemies can hear you breathe. I was able to slip past most enemies no problem by taking advantage of it.

There are multiple difficulties in the game. On the hardest difficulty, saves are limited and enemies are much more persistent and alert. If you go down, you’re taken back to a save point. There are no checkpoints in the game and you have to save automatically. So if you haven’t saved in a while, you could be set back quite a long way.

You can save the game via phonographs. They can be found in safe rooms with a very distinctive door. Accessing it for the first time in every room nets you a recording, allowing you to uncover more about what happened in the hotel.

The story of Hotel Sker is quite an intriguing one. There are some serious themes waved into the narrative. Torture and slavery are the past that haunts the grounds of Hotel Sker. From what I looked up, this game was based on old Welsh folklore.

Although the building-with-a-macabre-past isn’t exactly new in the genre, Maid of Sker certainly puts effort into being interesting, with an environment that tells a story of the madness that took place.

Though the characters themselves aren’t really too developed. The love interest we’re supposed to be looking for is barely someone we’re attached to but nonetheless is the driving reason why Thomas braves this mess. I keep wondering why Thomas just doesn’t turn around and get help. The front doors of the hotel were never locked. And even if Hotel Sker takes place in an island, he still rode the train to get there. There was probably some way he could’ve contacted the outside. But alas, horror demands the repeated violation of common sense.

And Thomas, the faceless chap that we play as, isn’t all too interesting himself. He’s just sort of there to be the protagonist because the game needs somebody from the outside looking in with enough motivation to go through hell that we can insert ourselves into. He isn’t much, but he at least gets the job done.

Overall, Maid of Sker is a decent horror game. If you’re looking for a good scare, then this is a game worth trying. It’s good for those who aren’t into horror games that rely on jump scares to deliver the horror. That being said, it does come with its own problems. Namely on the technical side. Frame rates and constant pop-ins were a hassle to have to go through. But hopefully, you’ll never have to experience that on your end.

Maid of Sker – Review
Score Definition
We tell you, it’s a good game! It’s not average! It might have some problems here and there, but you have to admit it is a “Good” game.
Pros
Decent Horror Game
Doesn't Rely On Too Much Jump Scares
Bewitching Music
Cons
Terrible Frame Rates
Pop Ins
Generic Lead
7.5
Good