Explore the seas, plunder riches, and be on the top! 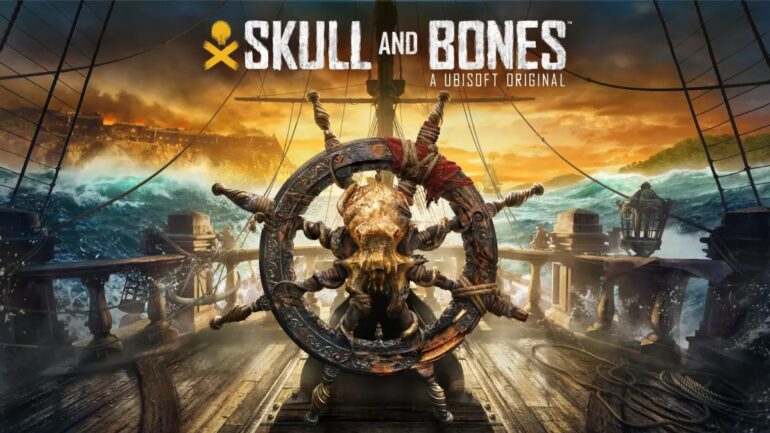 Ubisoft has officially announced the Skull and Bones release date.

The official Skull and Bones release date is November 8, 2022. This will be available on PS5, Xbox Series X/S, and PC via Epic Games Store and Ubisoft Connect. After a long, long time in the development oven, the team has finally decided to launch this game later this year.

The Golden Age of Piracy

The game is set in the Indian Ocean during the Golden Age of Piracy at the end of the 17th century where it’s a world teeming with opportunity and chaos. People from across the world have travelled to these parts to look for untold riches, but they must have grit and wit to survive. Write your story and gain fortune by plundering riches on a journey from outcast to kingpin. Traveling from Africa to East Indies will let you face deadly wildlife, raging seas, and enemy merchant and pirate ships.

Naval Battles is the Heart of the Game

Naval combat is the main feature of Skull and Bones gameplay, and essential for survival. Craft and sail up to 12 different ships and each of them will have varying speed, health, and capacity stats. They also have unique perks for greater adaptability. The ships can be equipped with powerful weapons like mortars, cannons, torpedoes, ballistae, and more. Sneak up on enemies or charge into the fight head on, it is up to you. Just customize the ships with equipment and upgrade it to fit your playstyle.

Players will not be able to gain access to all 12 ships at first. They must first build up infamy, which has 10 tiers. Rise through the ranks by completing contracts from vendors, local factions, and pirate kingpins. By unlock each tier, players will be given access to more ships, upgrades, resources, and tools. Gather resources from the biomes in the world as they are important materials for crafting upgrades to ships, weapons, and tools from unlocked blueprints.

Play Solo or with Friends

Player the game solo or with friends with up to two other players. Enable PvP battles to see who is the better pirate in this game. This is a live-service game and each season will introduce new content, contracts, and challenges.