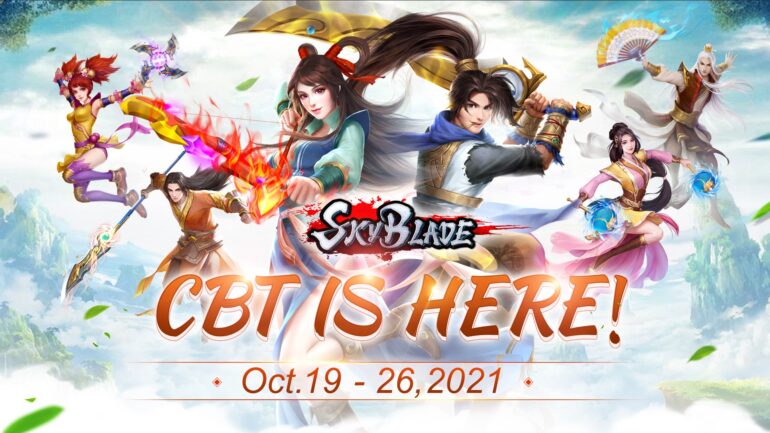 SkyBlade mobile just opened its closed beta tests for Android from October 19 to October 26, and players are able to pre-register for the closed beta on the official Skyblade website.

More details have been shared through a press release:

“Moreover, it is based on the popular Korean manga Pachun Il Gum. The game is set in an oriental-fantasy universe and enables players to explore the Jijon Universe – a cosmos comprised of planets ruled by vicious animal rulers inspired by ancient oriental myths. The characters take on the role of martial arts warriors, all vying for the ultimate goal – to become the Jijon King, the supreme and most powerful ruler of all worlds.”

“SkyBlade returns in a mobile version. SkyBlade is a mobile MMORPG based on martial arts comics with the same title. The hilarious plots, twists and turns, thrilling plots, seven distinctive characters, and each character’s fantastic martial arts settings in the original work are all perfectly embodied in the game. In addition, there is more special game content such as bridal chamber flower candles and god tomb exploration. The extensive and profound Chinese culture runs through the game, and the classic Chinese Zodiac and other Asian-specific cultures are closely integrated with the game content. The game also features unrestricted free play, real PVP battles, a guild system, multiple dungeons, and free trading with zero thresholds.”

“In-game combat is highly brief and flashy, with an emphasis on character development. It was quite a sight to see the World Championship players fight as they chose various attack methods against monsters and other players. Unfortunately, they had a long time developing tournament characters before the match, and most players stated that it was not enough, reflecting the system’s difficulty.”

ICC Game also assured players it will provide regular free game patches that are highly comparable to conventional expansion packs. These updates include new land, levels, and abilities to explore and master by the players alongside daily minor updates and bug fixes.

You can find more about the release date of SkyBlade by visiting the official SkyBlade Facebook page.