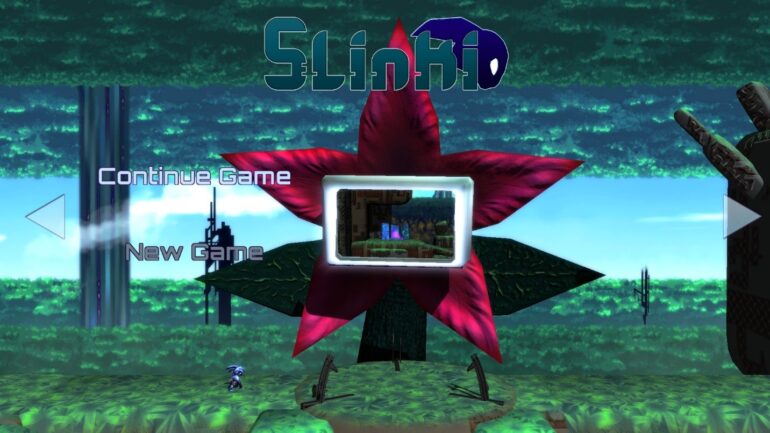 Slinki is a classic, side-scrolling time-and-score based game where you play a mechanical rabbit with a boomerang for an arm. It lets you run through various, complicated obstacles while defeating several enemies in order to finish a certain level.

This game was made possible by Unity Engine. It has controller support but not as good as using a mouse.  At first glance, it looks like it’s “just another Sonic” game. Only without the rings and speed boosts. The mechanics are quite simple. You throw your arm, use it as a weapon to hit objects and mobs, or you can use it as a boomerang. Heck, you can even use your arm as a “bungee jumper” to give yourself a boost!

There’s not much to say about the story though. No intros, no cut scenes. Perhaps the devs want us to dive in right into the game. But not only it’s a good one, but also it’s a challenging game for the most part. You can die by falling, touching thorns or anywhere where you never expected to. And, there’s even a bird-like creature where he throws his drink at you (not sure if it’s a bug) and never misses at all! 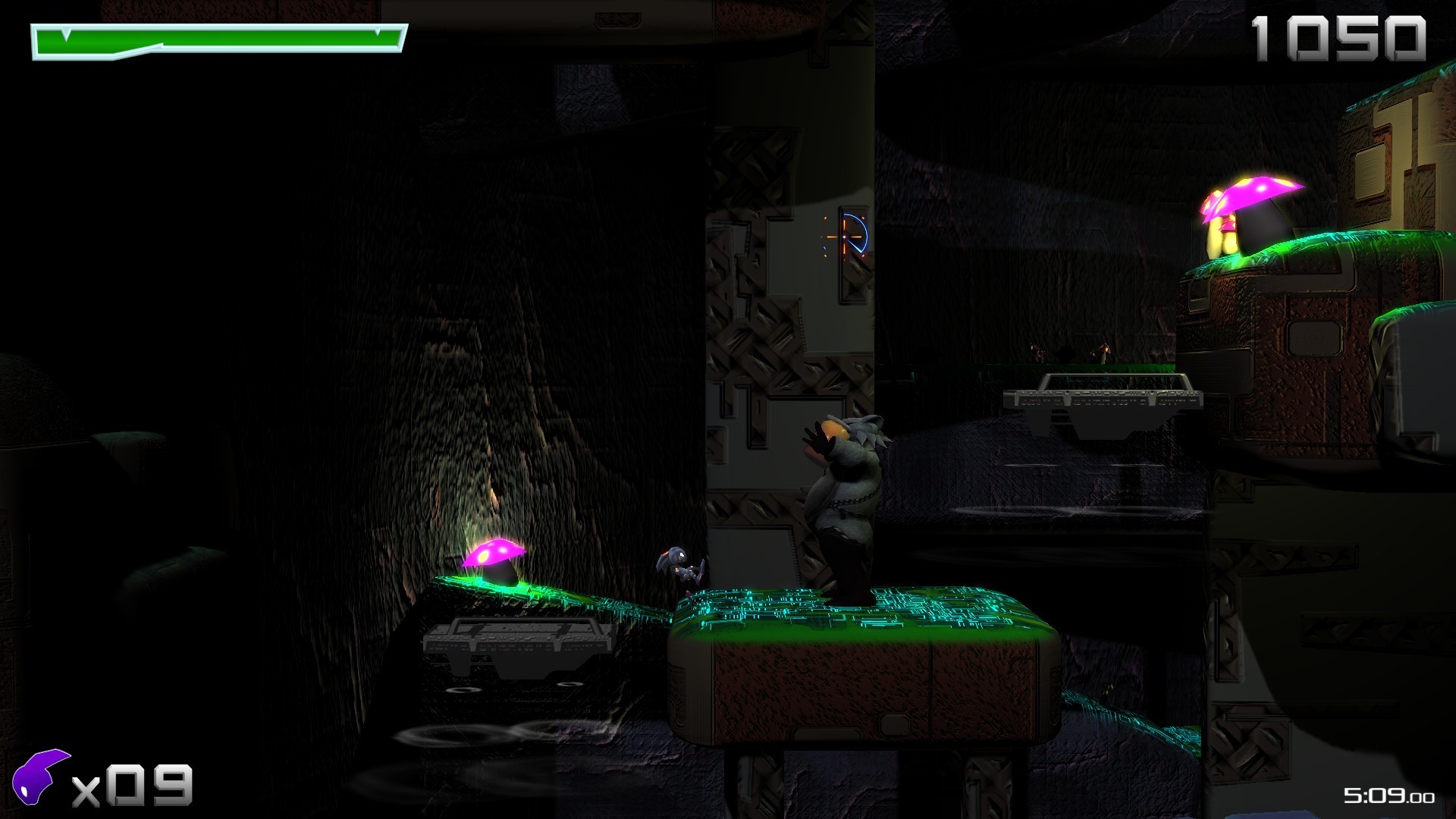 I was supposed to fall and die but when I bumped to a certain wall (screenshot added), there’s a “bug” where I got stuck. It may seem to have saved my life, but when I tried using my boomerang arm, unfortunately, when I tried moving to face opposite direction, I fell and died.

But so far, I haven’t seen any major “glitches”, although many users have been complaining, especially when running on a Linux-based system. . As I’ve ran through levels I noticed most of the monsters are just “recycled”. In other words. They may look different, but it’s just a remodel of the original. If they could add some additional monsters that would be great. It also adds to the challenge.

Now it does have a scoring system however, it doesn’t have any leaderboards, which kind of defeats the purpose. At least not for now. Hopefully soon there will be. Also, when you die, your score zeroes out. Really. So you have be careful. 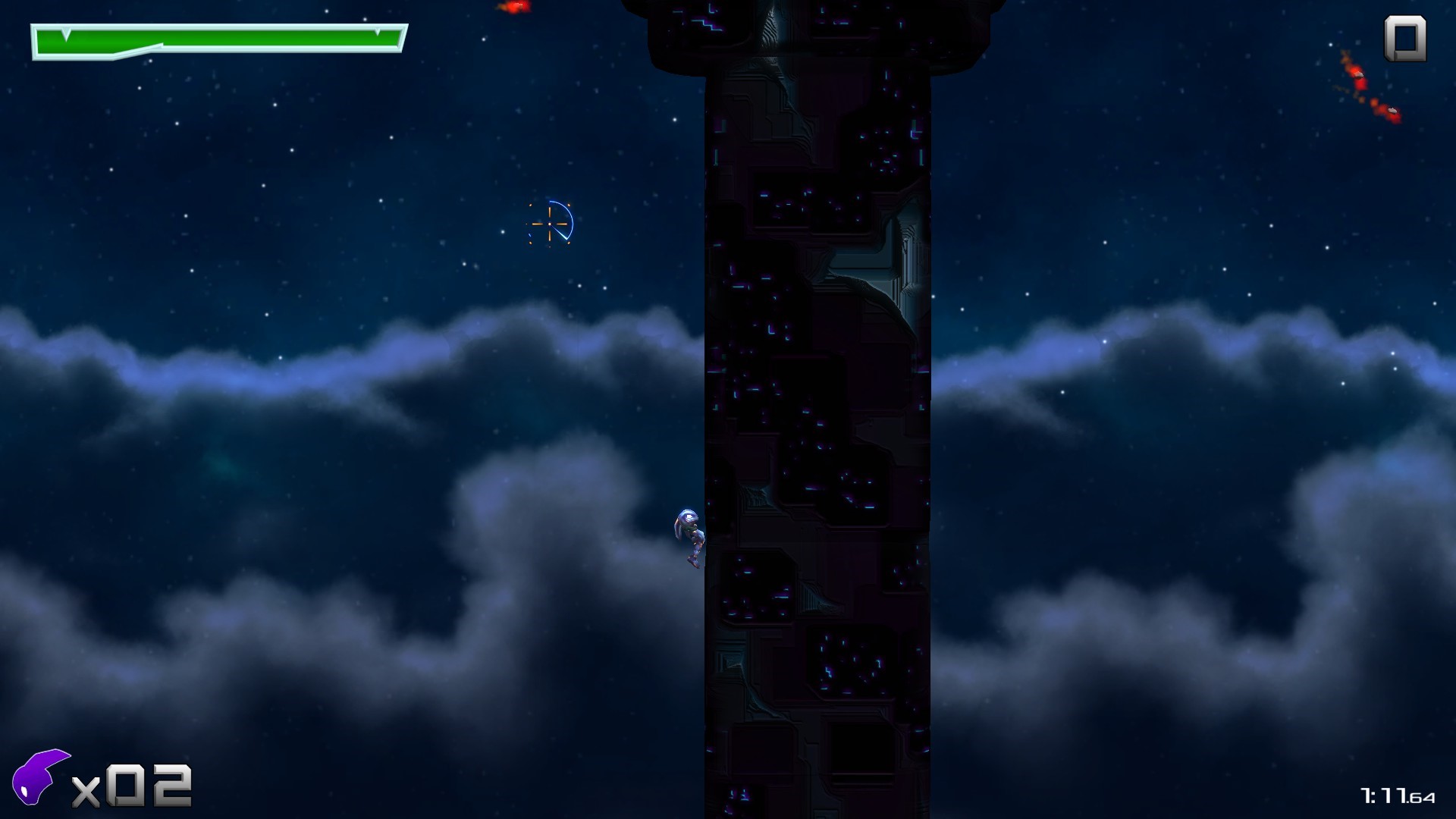 Talking about replay value, the game’s way of providing a classic style genre is pretty inviting especially for casual gamers, nostalgic and could probably take a lot of your hours going back and back again, memorizing and perfecting levels, just like Mario. J If the dev’s could add a random map generator, that would take the challenge to another level. Maybe they can also make a workshop which lets players create, edit levels, and make obstacles and more. That said, this could potentially be a competitive, “speed running” contest, if given the opportunity.

Although there is support for controllers as I’ve stated earlier, you’ll be better off using a mouse as some levels require precision to reach a certain part or area, especially when you reach the level where everything’s just thorns. Or you can probably use a Steam Controller. 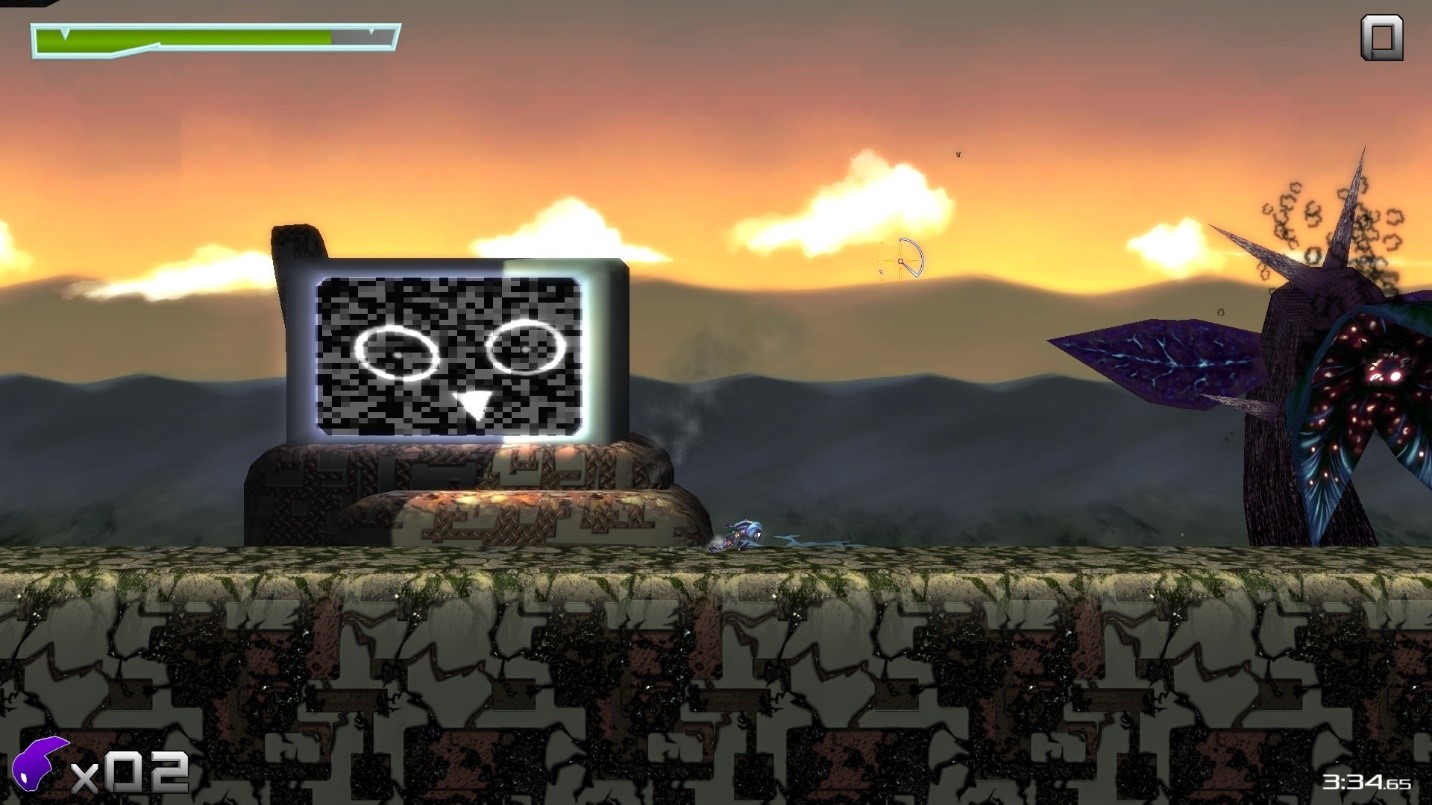 I’ve ran into some difficulties like, defeating the flower Boss. When it charges its laser, I didn’t have enough time to look for cover. I tried probably more than 10 times to beat the boss.

Gameplay is already good, graphics are good, thanks to Unity, although the some levels may be confusing at first because of its design. I wish they could have done something about the jagged lines. Unfortunately, there are no options to manually set your graphics. Unity engine’s limitations, perhaps?  The background music is quite nice to listen, by the way (dubstep fans anyone?). For the most part, it’s exciting, casual and just plain fun. If these challenges aren’t enough for you, try to finish the entire game so you can unlock Hardcore Mode! When you’re bored at work, school, or just want to pass the time, sit back, relax and enjoy jumping around with Slinki!

With everything said, you should check this game out on Steam. And kudos to Titan Forged Games and TheGameWall Studios for making an awesome game!