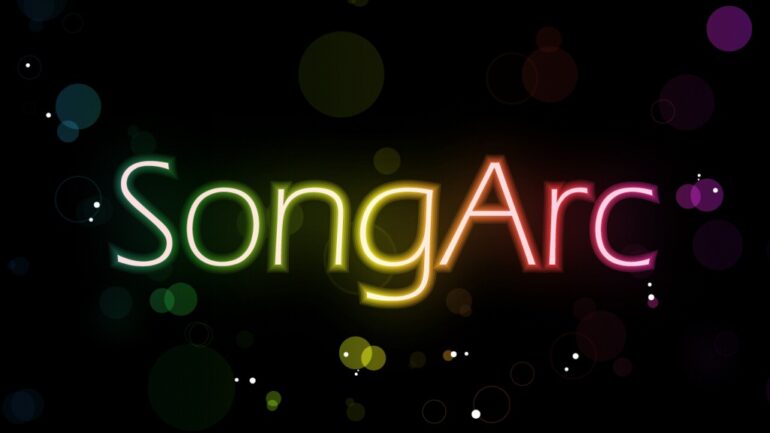 Get your fingers tapping to this hot new rhythm game to hit smartphones.

SongArc is a tap rhythm game for iOS and Android devices where you get to tap to the tunes of your favorite songs. You can choose to play featured songs available for download or play songs that are in your phone’s music library. You can also create your own sheets for your favorite songs and share it to the rest of the SongArc community.

SongArc showcases a 13-key tap board unlike most tap games which only has three to four keys. The keys are arranged in a concave arc and different shapes depicting the notes and beats slide down from the top. As with most tap rhythm games, you must hit the corresponding keys as the notes pass over the hit line. There are also long notes which require long presses of a key and beat arcs which would require you to move your device as if striking a drum. Score multipliers go up as high as 4x as you tap the notes consecutively and the combo resets once you miss a note. A power-up is also present by hitting the star notes. The power up will provide you some temporary immunity from missing a note and hitting more star notes while the power-up is active will prolong its duration. There are also different levels of difficulty, from newbie to hero, which will affect how fast the notes will drop during gameplay. The two higher difficulties, star and hero, can be unlocked by doing an in-app purchase. 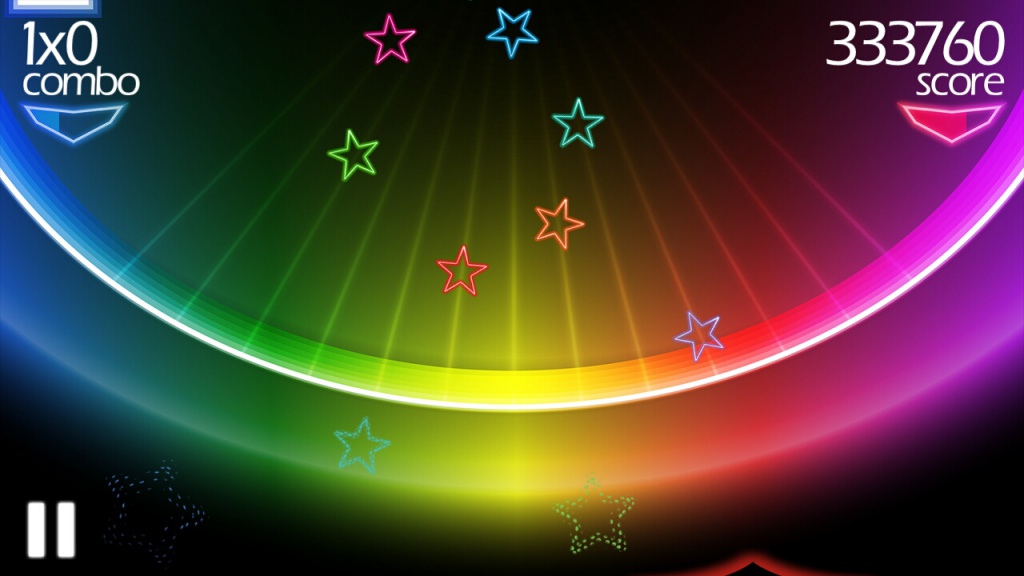 Sheet creation is the other integral part of SongArc‘s gameplay since most of the sheets used in the game are made by other SongArc players. In this feature, you are able to compose and arrange the notes according to your liking. You have the option of tediously going through the whole song note by note or just hit record and tap to your heart’s content. Note placement can be edited and you can also add more notes and beats as well as take them out. Unlike in some tap rhythm games, there is no automatic feature for sheet creation in SongArc. Once you are done, you can test it out yourself and if you are satisfied with your work, you can then upload your sheet and share it to the rest of the community. On the other hand, you can try out other sheets created by other players and if you like a sheet, you can get the whole sheet by spending coins: SongArc’s currency.

Players are greeted with a colorful minimalistic interface with smooth graphics. Not much can be seen during a gameplay; no distracting backgrounds and flashy transition lights that may ruin your combo streak. In the case of SongArc, less is better since you can just concentrate on tapping to the music without being disturbed by other on-screen elements. New players might get overwhelmed by the range of keys and some might find the keys too nearly spaced beside each other. Some might even have a hard time pressing the power-up key located in the lower right section of the screen as it is only as large as the notes on the screen itself. But as with most games, you can get the hang of it after playing for some time. Players who play SongArc on a smartphone will usually find themselves playing with their thumbs while those who play the game on larger tablets may have to use their other fingers to play the keys like a piano, albeit a weirdly curved piano. 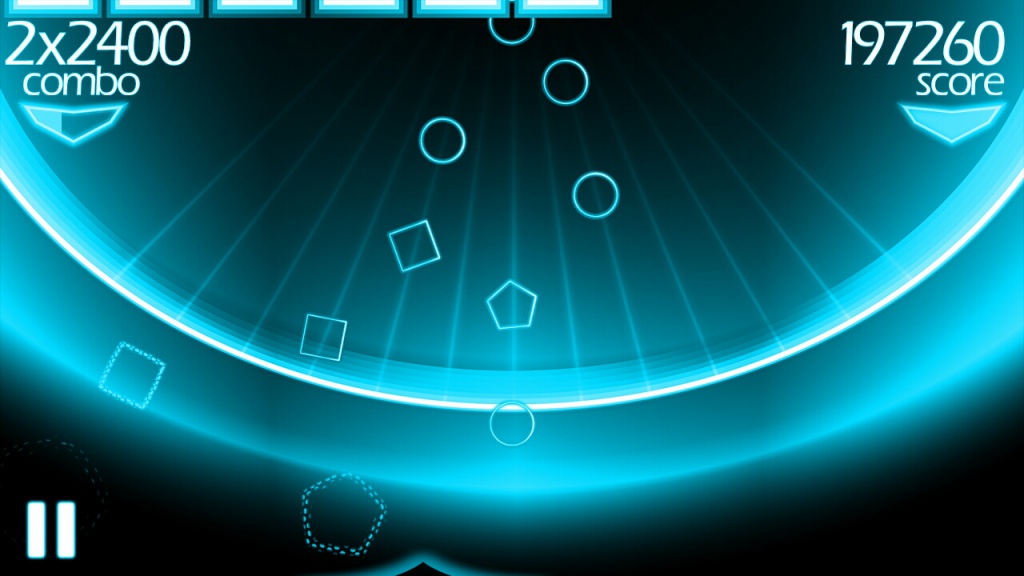 Some may find the sheet creation feature a bit too overwhelming and complicated at first but avid players might find themselves spending more time entertained by creating sheets for songs than playing the songs for ranking. As long as you have the song in your library, you can make a sheet for it. Be aware that there are some audio formats that would render the rewind and forward buttons useless, making note editing a bit of a bother most especially when the note you want to edit lies at the last part of the song. The game has a link to iTunes where you could purchase songs while Android users might have to purchase their songs first before going into the game.

So far, SongArc only has the game itself and the sheet creation feature to offer plus the interaction that you can get with other players from sharing sheets. Fans may expect more to come from this game in the future as it is a relatively new game with a still growing community to back it up. Despite being new, SongArc is turning up to be one of the most decent tap rhythm game available in the market. If you are an avid fan of tap rhythm games, SongArc is a must play. Not only can you play the songs, you could also create your own piece to play.

SongArc not only gives entertainment to its players but it also gives its players a chance to be able to contribute to the game itself. A decent game that could get challenging at times, SongArc’s  players will often find themselves playing the game for hours, be it tapping for a higher rank or creating sheets for their favorite songs.

SongArc is available for free for iOS and Android users.

Check out their feature video here.

This game’s review was based from playthroughs done using the Asus Zenfone 5.