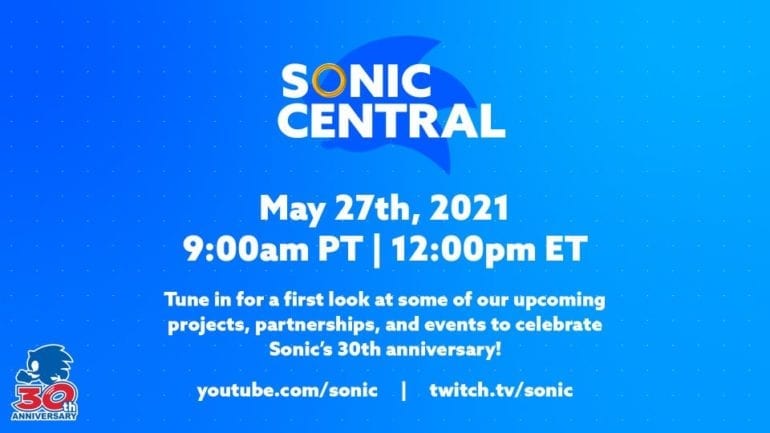 Game company SEGA has recently announced that there will be a Sonic Central stream soon this week.

It was revealed that this upcoming stream will feature all new Sonic the Hedgehog projects, partnerships, and events. This is to celebrate Sonic’s 30th anniversary, which is this month.

The stream will be held at 9AM PT/ 12PM ET/ 6PM CET on May 27. Fans can watch the stream on Twitch and YouTube channels.

The details are slim though as the post on the official Twitter account only mentioned so little information about the event. Some speculate it will be about the movie, the upcoming Netflix show, and possibly new games.

Here’s a video called Unstoppable showcasing many of Sonic the Hedgehog content through the years: