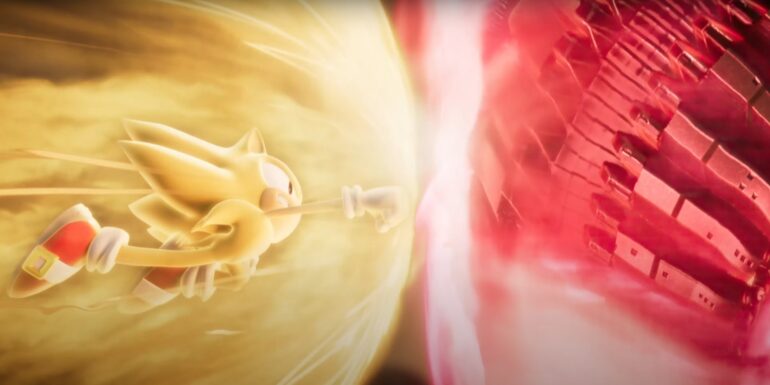 A new Sonic Frontiers Showdown trailer was recently shared online and it features various cutscenes from the game, but all of them are action-packed. It shows Sonic fighting various types of robotic beings and defeating them in different ways. This has also increased the hype for Sonic fans compared to previous trailers since it includes more action rather than mystery and narration.

The video starts with Sonic fighting against weak robotic minions and then it escalates slowly. He then fights larger robotic monsters with Sonic unleashing all sorts of abilities. He uses various attacks that increase in damage and combos that take down gigantic robots that would look impossible to defeat.

The video then ends with Sonic using all of the Chaos emeralds and turning into Super Sonic, which turns him into a golden version of himself and lets him fly in the sky. He then meets the fist of a gigantic robotic monster with his powered fist.

The video also briefly shows the main villain of the game, the character named Sage.