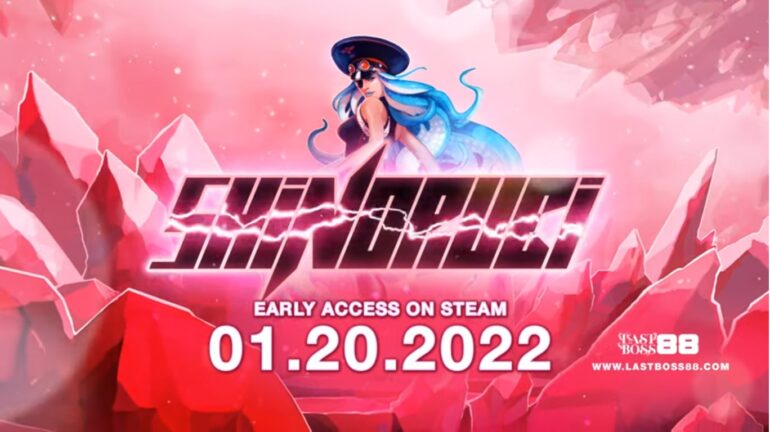 Developer Last Boss 88 Studio has released the launch trailer for Shinorubi. The game, which enters Steam Early Access on January 20th, 2022, is a bullet-hell vertical arcade shooter with lots of action and replayability due mostly to numerous mods, as well as ultra HD graphics.

From the game’s Steam page:

SHINORUBI is a Bullet hell style game up in the tradition of japanese Danmaku games.

SHINORUBI offers a fast-paced arcade action pack with great replayability thanks to the many available difficulty levels, arrange modes, different spaceships, online leaderboards and achievements. This is also one of a rarest vertical shooter entirely designed and optimized for widescreen monitor!

#1 Rule:
Only the very centre of the player’s craft is vulnerable to enemy fire. You better avoid the mass of bullets aiming at you and destroy everything between you and your mission.

CLASSIC/ORIGINAL MODE:
Complete all 5 levels with 3 starting lives to pass the 1CC (credit clear) challenge. You may add a few credits to help you to finish the game. 5 difficulty levels, including the easy mode with auto-bomb, or enemy shoots being canceled if you manage to destroy the shooter.

SCORING SYSTEM:
The scoring system is based on several parameters that provide you with point multipliers. Survive the barrage of enemy fire, destroy your enemies and collect stars and medals. All this while using your bombs as little as possible.

WORLDWIDE LEADERBOARD & ACHIEVEMENTS:
A world wide leaderboard for each game modes, a personal leaderboard with all your scores per mode, and Steam Achievements.

FEVER:
When your FEVER charge bar is full, it automatically triggers to cancel enemy shots on screen and improve your points. The side effects are boosted weaponry and improved bonus stars when you destroy your enemies.

CONTROLS AND DISPLAY:
You can play SHINORUBI using a keyboard, a joystick, or an arcade controller, Steam Remote Play, and customize all the action buttons.
Made with an in-house super optimized, multi-threaded engine, this is not your average 2D shoot them up, it is a full grade PC game optimized,
in Ultra HD, with uncapped frame-rate support, super resolution support and 8K textures, That’s why an Direct3D API Level 11 video card or Vulkan 1.1 is required.

Same game levels as the classic mode but with different rules.

For 1000 years, the BAÄA family has reigned as despots on planet SHINORUBI. This planet is the source of the “R-R” substance which offers infinite power and exceptional longevity to its owners. For 150 years, the king of SHINORUBI, R.LOYD III, and his 6 sons have gone to war across space against the TRADDESS and ZOOGT empires, leaving his cruel daughter Nemesis and 5 generals to guard the planet.

A unique alliance of 8 experienced mercenaries will attempt to put an end to the dictatorship of the BAÄA family and its hold on the “R-R” compound by taking advantage of a singularity of the planet SHINORUBI which takes place once every thousand years. The endless night is coming on Kaddin, the capital of SHINORUBI, as spaceships are approaching.

Shinorubi is set to enter Steam Early Access on January 20th, 2022. For more information on the game, check out the developer’s official website.