The great hall was eerily quiet. Each step the Space Marines took echoed loudly. Only the sound of claws on stone matched their sound. In the dark, countless hordes of the enemy lie in wait. Bolter and blade will greet these abominations. The sensor goes off. The creature approaches from the front, most likely followed by a dozen more. Inhuman screams flood the great chamber. The Marines stand firm in anticipation. There will be no retreat. Only victory. Or death. 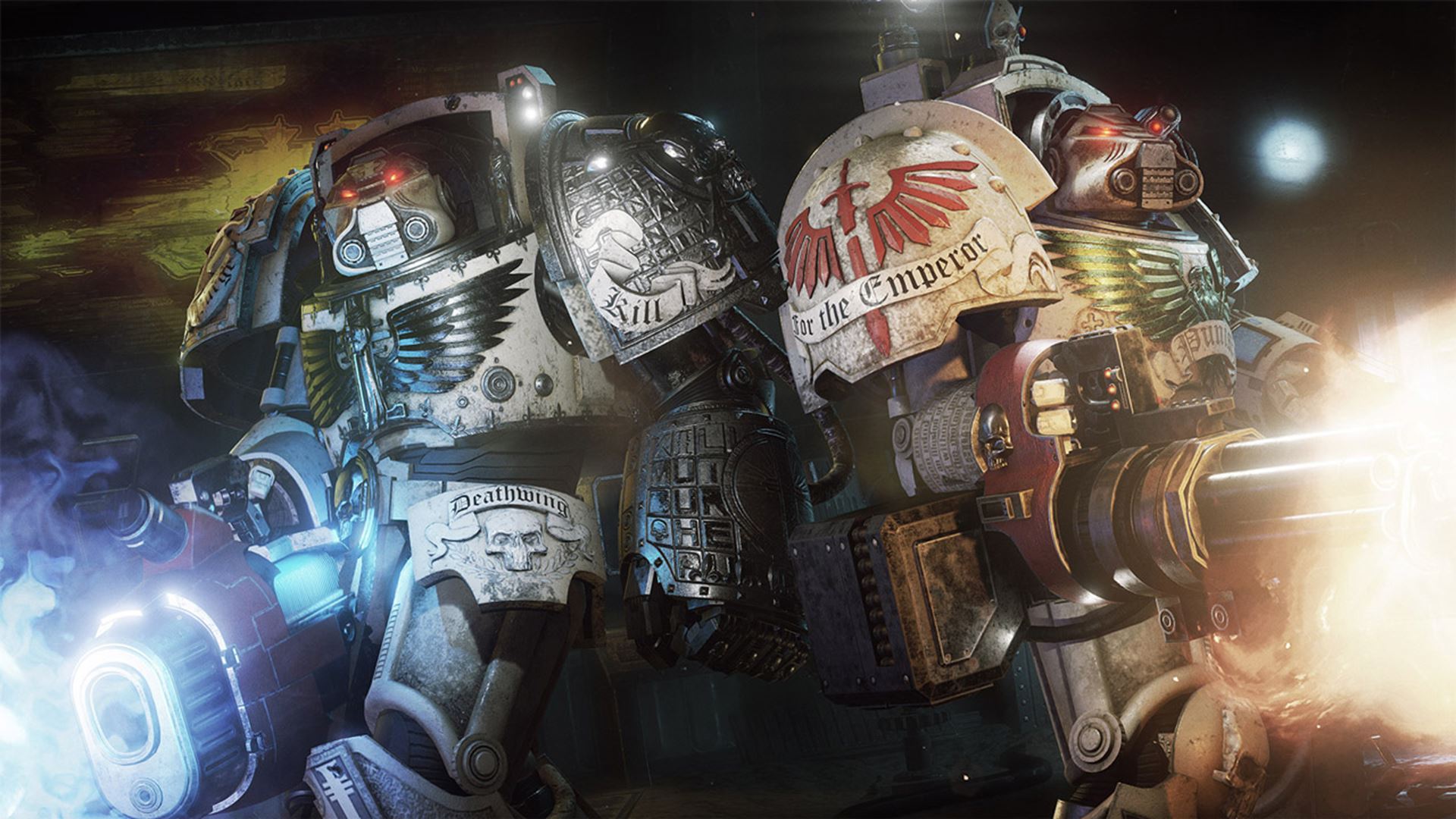 Space Hulk: Deathwing is a tactical first-person shooter based on the 40K universe. Players take on the role of a Terminator of the Deathwing – the feared 1st Company of the Space Marine Chapter, the Dark Angels. Your mission is to investigate the Space Hulk Olethros and find the secrets hidden within. Battle alongside your brothers, and break through the seemingly endless hordes of genestealer.

The breakdown of gameplay is as follows: start from a corner of the map and somehow work your way through a maze-like layout to a point on the other side of the map. Along the way, you will encounter endless waves of monsters. Once you’ve reached your destination, you are likely tasked to hold the objective for a set amount of time or destroy something within the room. This may seem like an oversimplification of the level flow, but I assure you, I have just described the opening of almost all the levels.

A squad is composed of three individuals. Ideally, one of them is a healer. In the absence of players, the game provides AI companions that will only either follow you or hold position as instructed. If the need is great or you want to change up your loadout, you can summon a warp gate to send you back to the armory. There, you can customize everyone’s loadout to fit combat conditions. In addition, your downed allies get revived and your healing gets replenished. Just keep in mind that you can only warp back a set number of times.

Your most important piece of gear is the sensor. It allows you to see where the enemy enters the map and from what direction. Think of it as the ones used in the Alien franchise. Since healing is scarce enough as it is, knowing where the enemy comes from can mean the difference between a clean engagement or a costly one. Additionally, doorways can be blocked preventing enemies from attacking multiple angles. Keep in mind that all these waves will begin to take its toll if you are careless. Every failed engagement is potentially fatal in the long run.

At the end of the level, you are graded based on your performance. This only factors in if you are looking to get the most points to use in upgrading your character’s attributes. Otherwise, it’s no big deal. The collectibles constitute as part of your performance. For the most part, the huge map layout ensures that most relics are in places where the objective is not. Listening to echoes is the only way to effectively locate them. Collecting them adds to your overall psychic resistance but they offer not much else.

Apart from multiplayer, the only other game mode available is Special Missions mode. The number of active warp gates is connected to how many levels you have completed in the main story. With one being the very first map, and seven being the final and most difficult map. Luck plays a big role in every run since enemy composition, as well as map objectives, are randomized. You can consider yourself lucky if you only run into one boss type enemy per run. Doing well nets you point that you can spend on bonus stats on weapons and cosmetic items. There are hundreds to choose from, meaning that completing a set becomes top priority for any player favoring a faction of Space Marines. 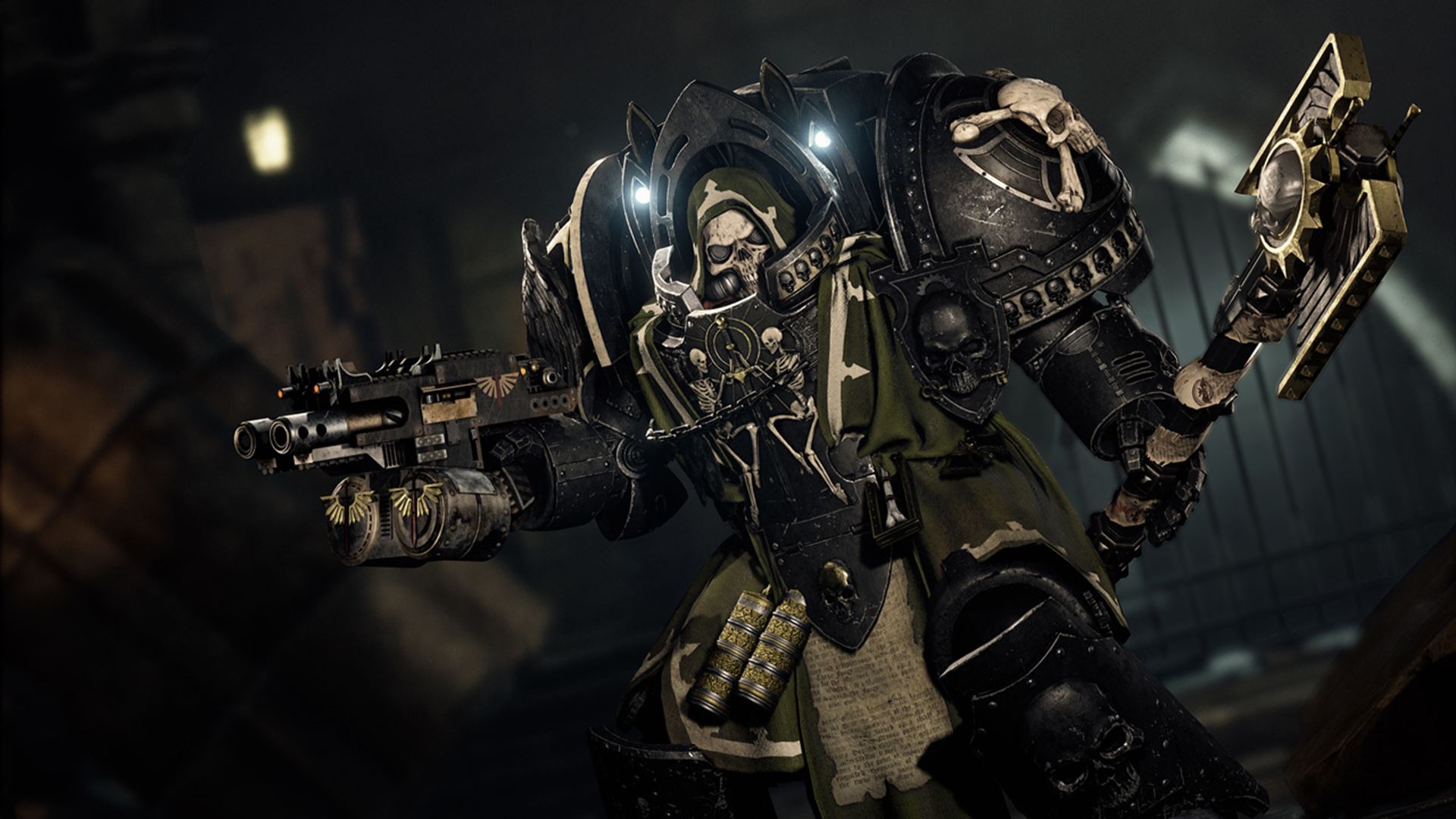 Space Hulk plays like any other shooter… if shooters are based on towering genetically modified super soldiers sworn to defend humanity. Honestly, what this game does right is in the feeling of being an actual space marine. Your movements are heavy and your melee is slow yet powerful. The weapons, in particular, are miniature weapons of mass destruction. The game is also true to the grim and dark style of the 40K universe. The graphics fully reflect on this design philosophy. The deserted halls are haunting at best and nerve-racking at worst.

The game knows how to handle horde-like behavior. They attack relentlessly and are genuinely a threat even at the lowest of levels. They usually find alternate paths to attack the player when a doorway is blocked. In time, the waves become more frequent, supplemented by special types that are harder to kill. This results in even deadlier fights down the line. Even in single player, your best option is to hold your position and start killing from a distance.

Only the opening and closing cinematics have that iconic haunting yet intense orchestra that is common to Warhammer 40K games. The rest of the game is quite lacking in the music department. Only machine sounds from the ships and the echoing footsteps of the Space Marines. I suppose it’s to give focus on the sensor and its Alien inspired detection system. Which isn’t to discredit the device as the sensor is probably the best utility in the game and adds to the tension in so many ways.

The hacking is probably the most underwhelming part of the experience. In a world where marines usually solve problems by shooting bolter rounds at it, the idea of hacking turrets seems out of place. What’s the point of hacking into turrets that barely damages enemies if a bolter can do the job more efficiently? It breaks from the flow of the game due to the sudden break from the action. Worse still, it makes you vulnerable to enemy attack.

One can argue that it allows you to remove one more threat from the equation, therefore giving you more of an edge in combat. I’d argue back that by the time you are close enough to hack, it is close enough to be in range of either you or your allies. It’s also worth noting that hacked turrets do not become friendly. They simply deactivate. As much as I try to make use of the turrets, they simply offer no strategic value what-so-ever. 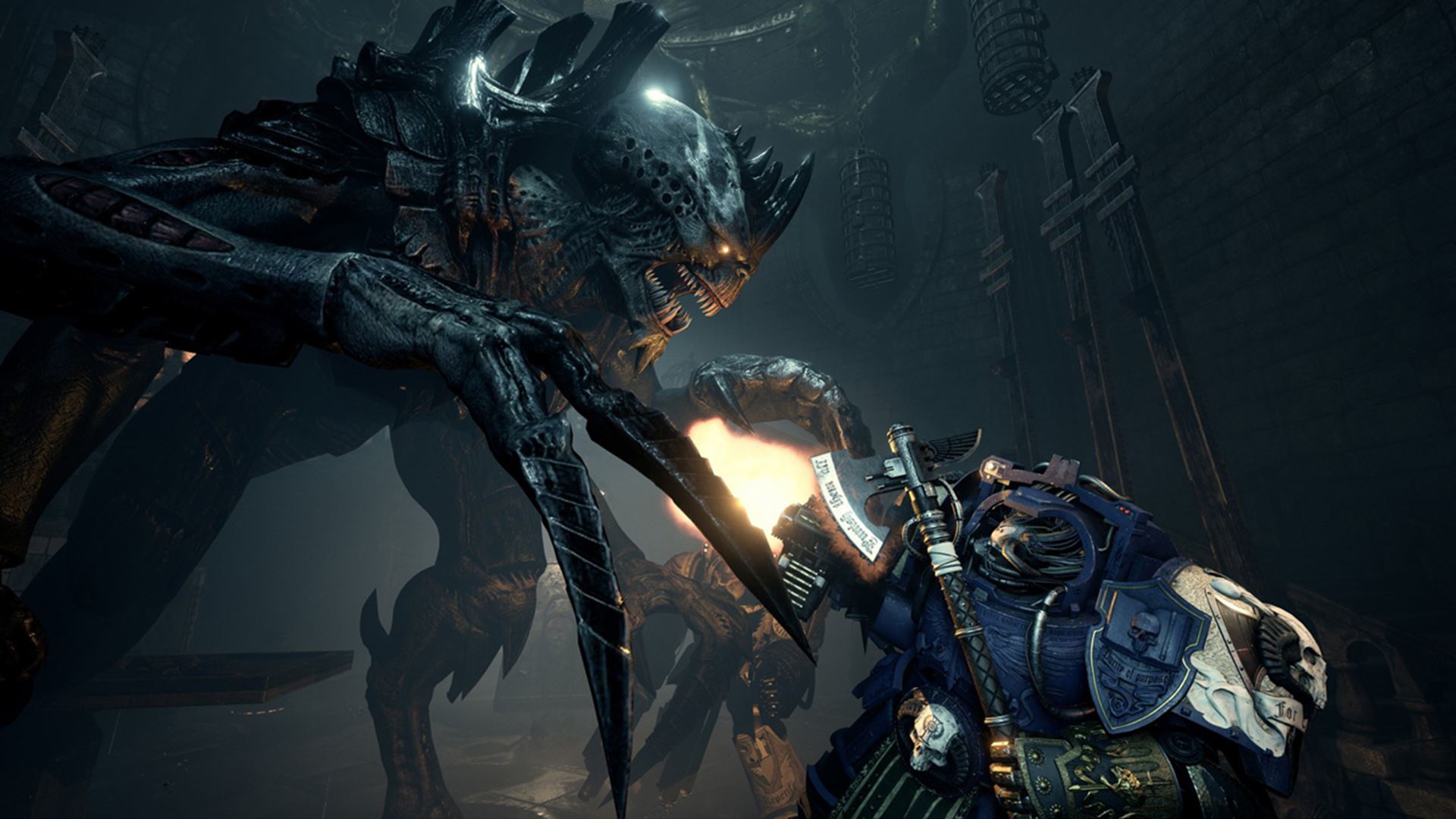 The enhanced edition may have added some new goodies to the base game while addressing some issues with performance. But it still seems somewhat lacking. It may be due to the lack of music for the most part, but I can also pin the blame on repetitive level flow. The level layout and the graphics may have had solid footing, if only the recycled objectives didn’t stick out like a sore thumb. To put it bluntly, the game has a lot of things going for it. Unfortunately, other aspects of the game suffered due to some questionable design choices. The comparison is as clear as day to night. Still, I recommend this game any hardcore fan of the 40k universe. Newcomers may also find this easy to pick up as the story is easy enough to understand without having to know the greater world of 40k.

Space Hulk: Deathwing Enhanced Edition - Review
Score Definition
You better have to choose if it’s worth spending your spare cash, because it might not be the game for you and it might be for others.
Pros
True to the tone of the 40K universe
Fun additional game modes
Horde AI well executed
Plenty of customization
Cons
Frustrating friendly AI
Random stutters
Redundant mechanics
Lack of music
6.3
Justified