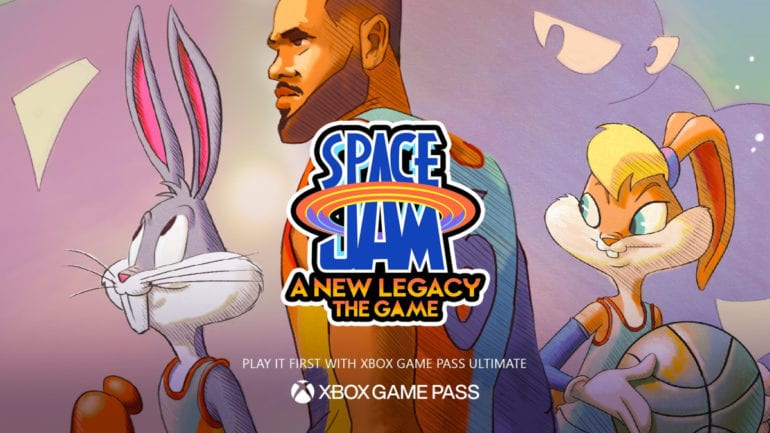 The movie that it is based on will be showing in theaters and on HBO Max in the US this coming July 16. The video game will be released later on this year and it will be available on the Xbox Game Pass on day one.

This is a beat ‘em up video game blended with game mechanics that was suggested by one of the winners of their contests. It is inspired by the upcoming live-action/animated feature film and of classic arcade games of the 1990s.

The game will feature the Looney Tunes characters: Bugs Bunny, Lola Bunny, and the newest member of the Tune Squad, Lebron James. They will be facing against the Goon Squad in a wacky basketball beat ‘em up. The rogue artificial intelligence named AI G. Rhythm has trapped the heroes inside the Warner Bros. server with little chance of escape. They will be fighting against a lot of enemies that AI G. has created while searching for the four pieces of Legacy Code that will allow them access to the villain’s secret location.

Aside from the game, there will three new unique Xbox Wireless Controllers that will be released on July 8. These are specially-themed controllers inspired by Space Jam: A New Legacy film Here are the details for each:

All three controllers will feature the hybrid D-pad and textured grip on the triggers, bumpers, and back case to offer greater control and precision through every gaming session. It can be connected to Xbox Series X/S, Xbox One, Windows 10 PCs, and mobile devices.

Each controller will cost $69.99 USD. It will be available for purchase at the Microsoft Store and Amazon in the United States.

Space Jam: A New Legacy – The Game will launch on July 1 exclusively into the Xbox Game pass Ultimate Perks for a limited time. On July 15, it will be available free-to-play for all fans via the Microsoft Store on Xbox.