Look who made an appearance in the trailer! 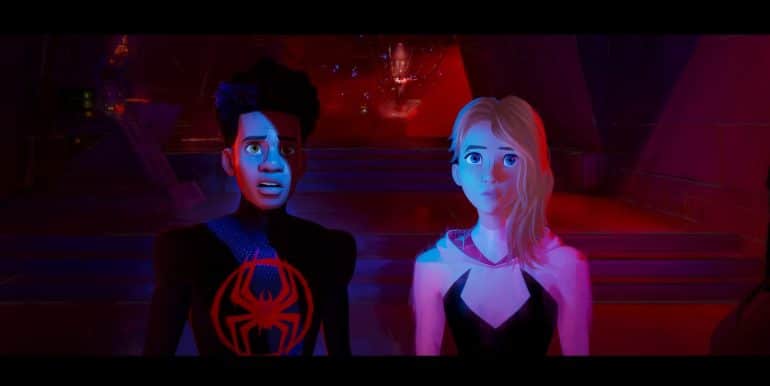 In the new Spider Man Across the Spider-Verse trailer, a certain game version of Spider Man was spotted.

Some fans with keen eyes have quickly found a rather interesting Easter egg that many would like to see especially the ones who are big fans of the games. In the recent second trailer of Spider Man Across the Spider-Verse, it was revealed the Miles Morales in this universe is now multiverse traveling with his “companion” Gwen Stacey. They visit a new dimension where various Spider Men appeared in one shot and in one of them was a very familiar version.

This particular shot features Insomniac’s Spider Man version in his original suit from the PS4 game. He also looks to be walking beside another Spider Man, who looks like another Miles Morales too with his suit in red and black color. We cannot be sure though because there are other suits of Peter Parker with the same patterns and color schemes as well.

It would be interesting if this particular Spider Man would chat up with this version of Miles Morales and we get to hear the voice of the game’s version. That would definitely make some fans go frenzy in delight.

Spider Man Across the Spider-Verse will be in theaters this coming June 2, 2023.