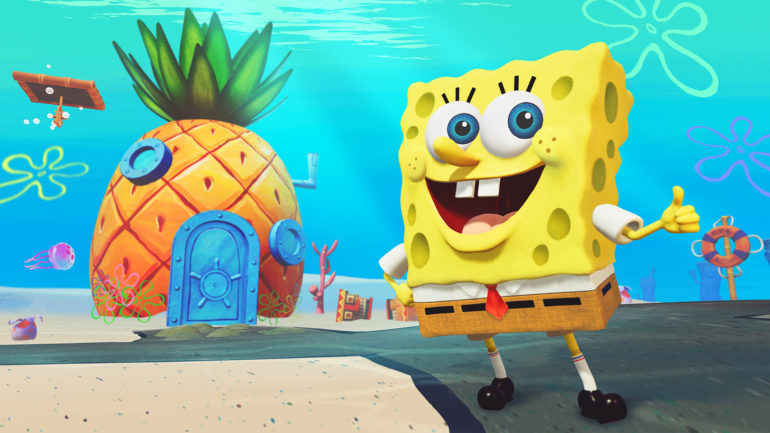 The game is now available on PlayStation 4, Xbox One, Nintendo Switch, and PC. This game has been remade with high-end visuals, modern resolutions, and polished gameplay.

• Play as SpongeBob, Patrick and Sandy and use their unique sets of skills
• Thwart Plankton’s evil plan to rule Bikini Bottom with his army of wacky robots
• Meet countless characters from the beloved series

• Faithful remake of one of the best SpongeBob games ever created
• High-end visuals, modern resolutions and carefully polished gameplay
• Brand new horde mode multiplayer for up to two players, online and offline
• Restored content that was cut from the original game like the Robo Squidward boss fight and more