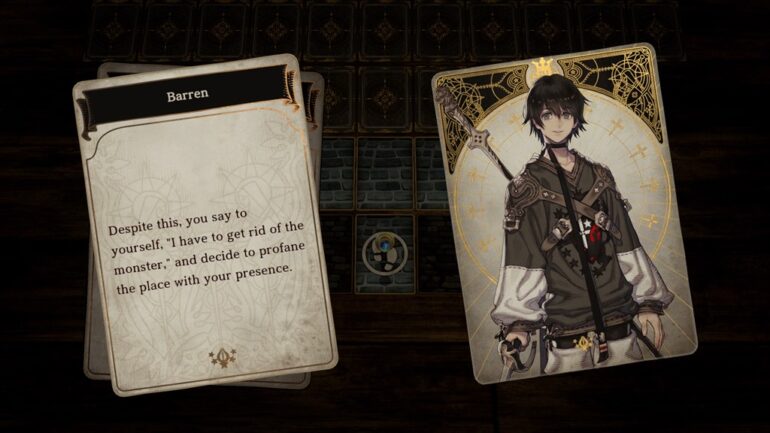 Square Enix has just announced that the standalone game for Voice of Cads: The Isle Dragon Roars is coming to Switch, PS4, and Steam on February 17th, 2022. Called Voice of Cards The Forsaken Maiden, the series from the cretive mind of Yoko Taro, Yosuke Saito, Keiichi Okabe, and Kimihiko Fujisaka is set to expand the world of Voice of Cards.

The Trailer shows a whole story with a new cast of characters set in a completely different setting. There is even the return of Vince, a character from the previous game.

Set on a remote chain of islands that have been protected by the Maidens for generations, the turn-based adventure will have players follow the protagonist to save the people of the island as they face the threat of destruction. In this touching tale set in a world of melancholic beauty, players will set sail for the high seas, together with Laty, a girl who failed to become a maiden.

For fans of the NieR series, a NieR:Automata-themed bundle set will be available for purchase for North America, which includes the Voice of Cards: The Forsaken Maiden game and several themed DLC items* that unlock in-game content, such as:

Fans who pre-order Voice of Cards: The Forsaken Maiden on the Nintendo Switch™ system or STEAM® will receive the “Whale of Fortune Pattern” DLC, which unlocks a card design featuring a legendary whale said to bring good fortune, and the “Ocean Tile Table” DLC, which unlocks an ocean-themed design for the game table.

Voice of Cards: The Forsaken Maiden is rated T (Teen) and will be available for digitally for the Nintendo Switch™️ system, PlayStation®️4 console and PC via Steam®️ on February 17, 2022.

For more on Voice of Cards: