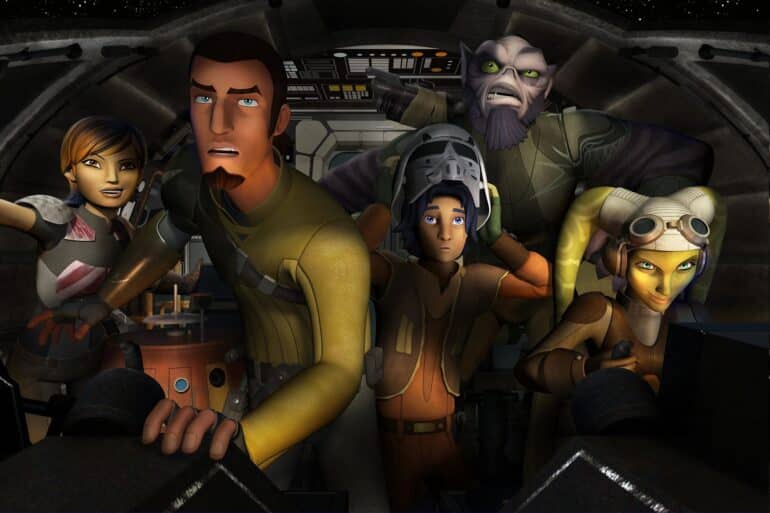 In a recent interview with an individual who is very involved with the Star Wars franchise, it was revealed that Lucasfilm is currently working on a “very special” Star Wars animated series.

Star Wars Composer Kevin Kiner recently dropped this big news as a guest on The Convor Call. He has worked on several shows like Star Wars: Clone Wars, Star Wars Rebels, and Star Wars: The Bad Batch. He confirmed that he is working together with some people from the industry in a new project that will blow the minds of fans.

“You know, we are working on a new project,” confirmed Kiner. “It’s an animated project. It’s a Star Wars project. And that’s all we can say. It’s really, really frikkin’ great… To the point where Lucasfilm and Disney are giving us full orchestra for every episode… It’s a very special project, some great, great people are involved, and we’re really privileged to be part of that one. And I probably said too much already.”

Since Kiner is hinting that it is going to be a big special project, fans are now scrambling as to what this animated series would be all about. He also said that there are some “great people” involved, which means some famous voice actors and possibly actors from the Star Wars films could be involved.

There are a few possibilities in mind, but these are just speculations. One of them could be about Darth Maul with his own animated series. There was one rumor that several Star Wars voice actors were doing recordings for an upcoming Lucasfilm animation and one of them included Sam Witwer, the iconic voice of Darth Maul since The Clone Wars.

It could be anyone else too, but with the hint of the upcoming project involved “great people” then it should be a title that involved very popular characters from the franchise.