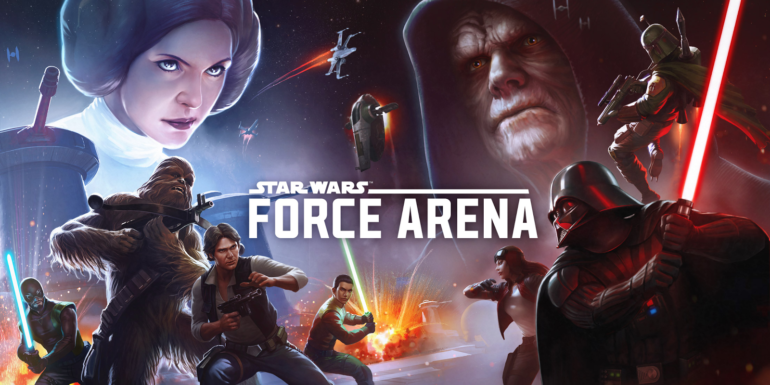 I have never been interested in MOBAs, but the Force is really strong in Netmarble Games’ Star Wars: Force Arena. It’s the only MOBA game that I dived into and the only one that reels me back in for more.

Star Wars Galaxy of Heroes is still one of the best Star Wars mobile games I played, but this PVP Star Wars-theme MOBA is just unique in its own way and it’s enjoyable than Star Wars: Battlefront. 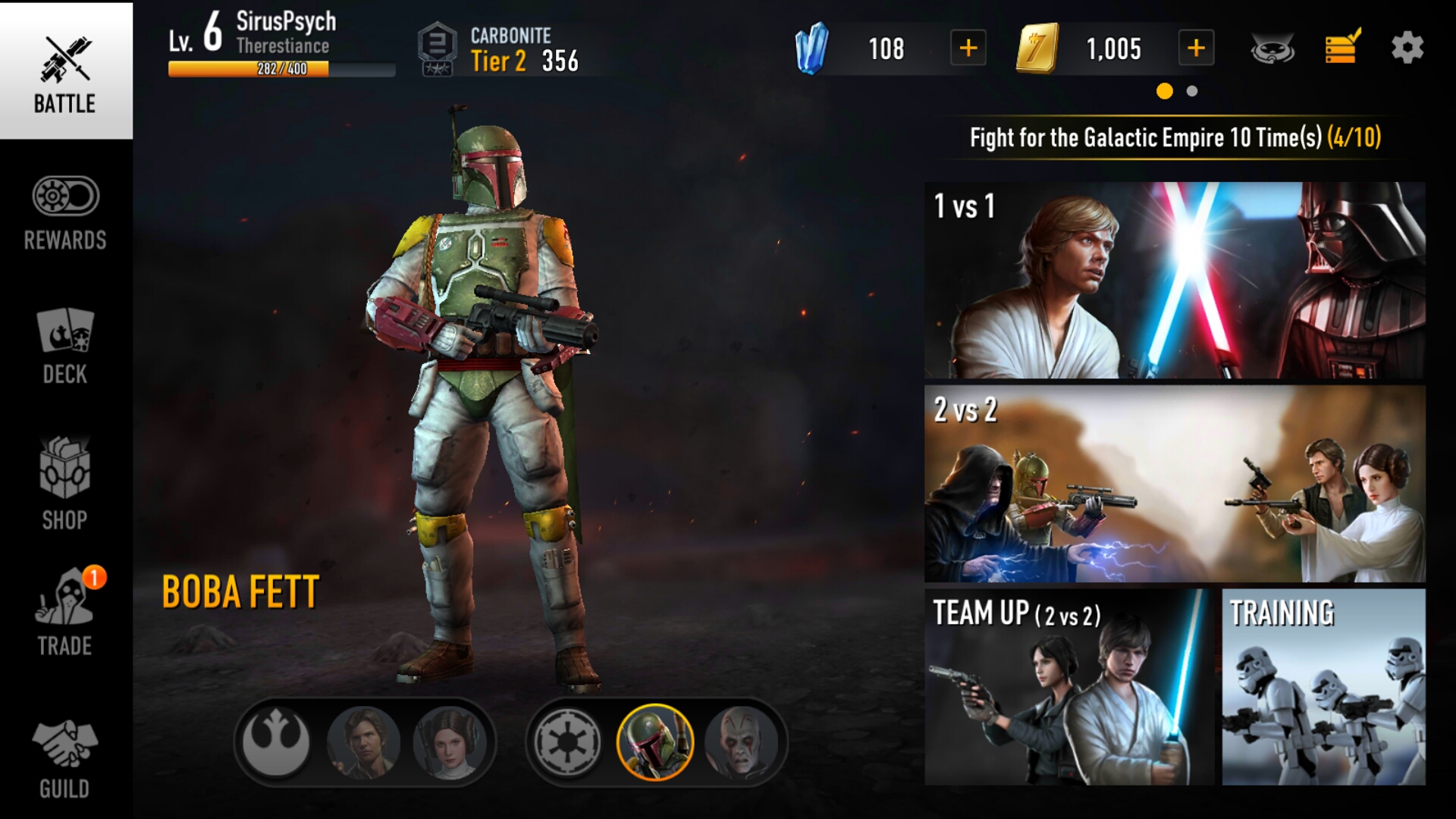 First and foremost, Force Arena is your Star Wars MOBA title, and it’s on mobile. You will expect in-app purchases since the game is free for download. In most mobile games, you pay-to-win, and in Force Arena, that presence of Pay-2-Win is still there. But in most cases, you can just ignore these temptations to buy Kyber Crystals and Credits from real money with patience. I never spent a single penny to buy in-game currencies just to buy Card Packs. But I do suffer with some overpowered decks against low-level tier players though.

These “Card Packs” are split into 5 types: Bronze (technically, free), Silver, Gold, Platinum and Diamond. Each pack consists of different card types and credits that you can use for your advantage. You can only open a Victory Card Pack once, then a timer will run for each pack before you can open another. Waiting can be a bummer, and if you’re not patient enough, then you will find yourself buying or opening these Card Packs with Kyber Crystals that you might not have yet – which leads you to buy those Kybers with real money.

Wise, eh? But that can be your advantage, I never tried it yet, but I know it can be a hell of an advantage if you want to spend some spare cash. It never hit me to a point to buy them, since unlocking these Card Packs are just fun as any other time-based casual mobile apps you have out there. The surprise of what cards are in store for you is just as exciting as opening your Christmas present or birthday gift. 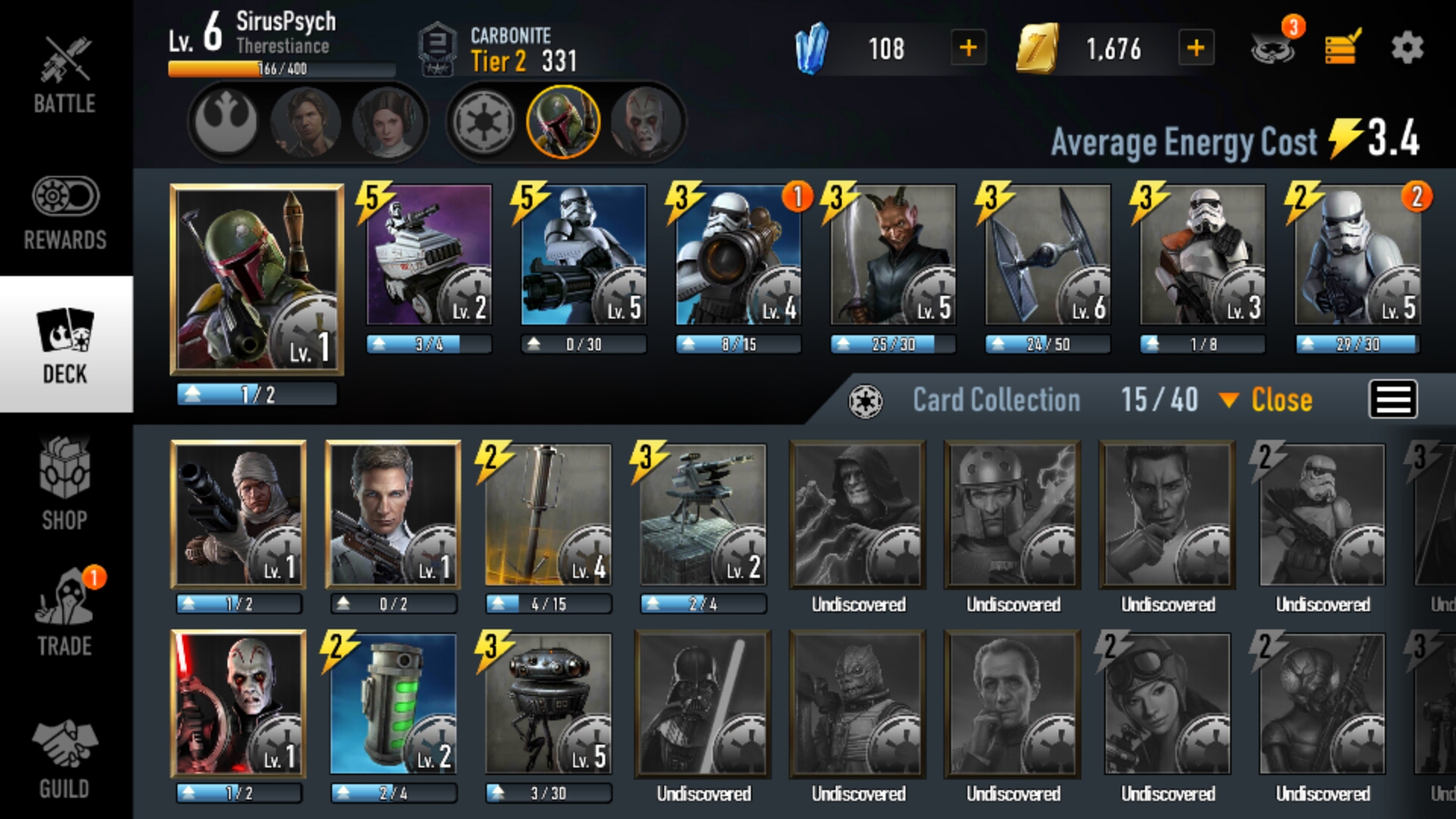 Force Arena is a MOBA game, and with that said, you are going to expect more control (micro) with the Leader card of your choice. These Leader cards is what you call as your “heroes” in other MOBA games like Dota 2 and League of Legends. You are given 2 cards from each faction (Rebel Alliance and the Empire) at the start. Each of these Leader cards have their own advantages; but in all honesty, it’s horrendously imbalanced, especially the matchmaking needs to be fixed soon. Even if you’re up against the same tier in 1v1 or 2v2, you’ll be surprised what kind of deck they have. Yes, they only have 1v1 and 2v2 game modes. You can partner up with a friend if you want to experience some “classic” MOBA.

There was one time I went up against a player that has Luke Skywalker as his leader, and also had a card that can be considered as another “hero” – Ben Kenobi. All of my squad units were rolled over in just a second after Ben spawned. I mean, Ben is beatable, but it is still imbalanced when you’re up against a player who has cards that can totally overpower you in all way, and strategy won’t be able to save you unless if you can micro-manage your units and hero at the same time.

Controlling heroes is pretty much simple, but it was kind of a struggle in my part. You tap on the screen to move your character. Sounds really easy, right? There’s a bit of a catch though, if you’re playing it on a smaller screen, then you will have some difficulty maneuvering, attacking or micro-managing your hero since the visibility of the whole playing area is small. I’m still having a hard time playing the game on a 5.5 inch screen, but I’m slowly getting used to it. One thing I like the most is the ability to zoom in and out of the screen, it makes everything a bit easy for me to navigate the whole area and take advantage of the minimap. 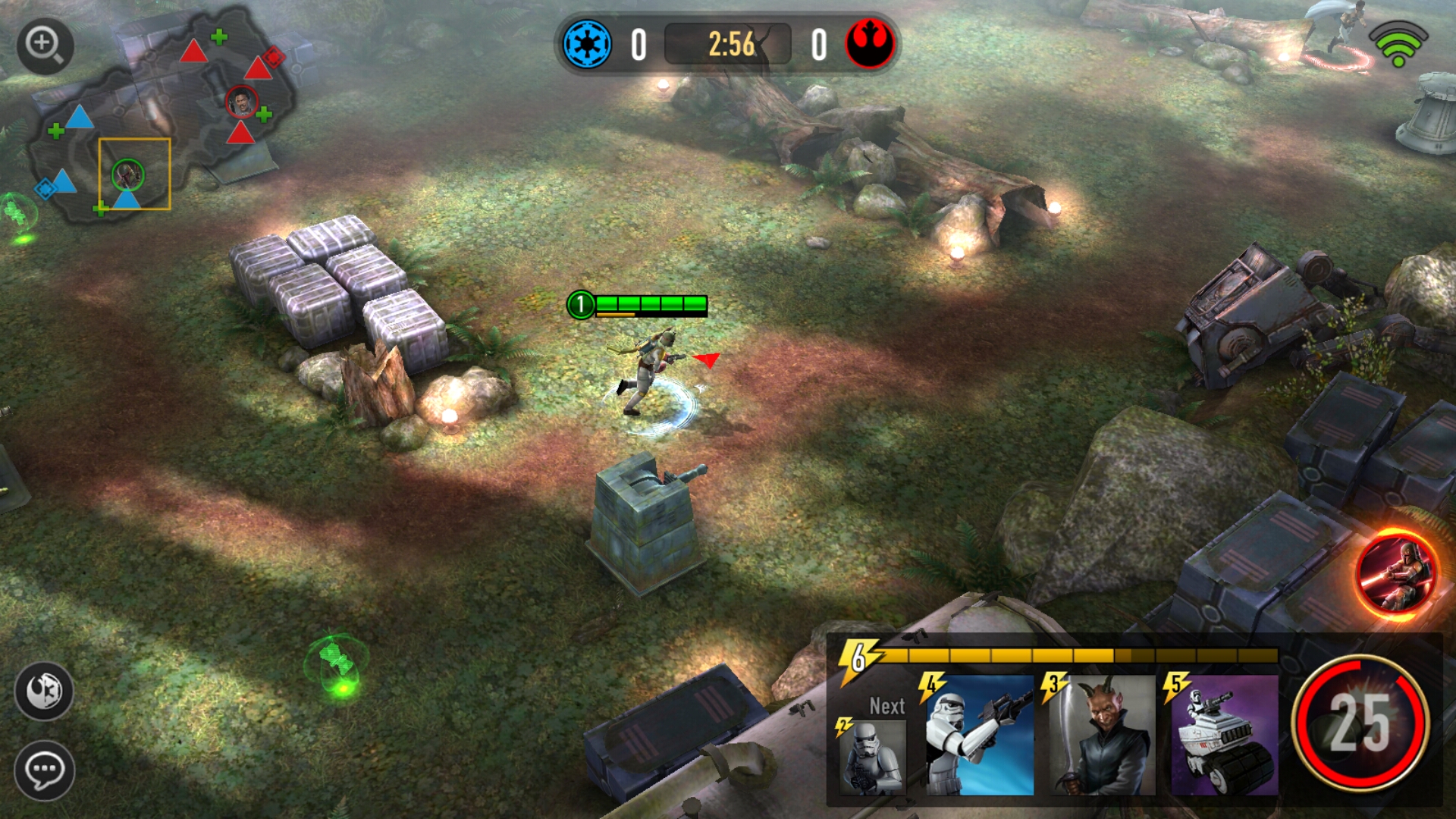 Now, how’s the network stability? To tell you, this game needs a strong and stable internet connection, and so far it’s quite stable. There were times that my Leader wasn’t responsive to the actions I wanted him/her to do, it was awfully annoying. I was on my mobile network, and when I transferred my connection to my Wi-fi, everything improved. 4G here in the Philippines is sometimes a pain in the butt, there are deadspots where the signal is just not stable. I had to stay at home to play, or if I’m outside, then I’m at Starbucks when playing the game.

Graphically, Force Arena is top-notch for a mobile MOBA game! From all details with the characters, maps, and effects are just as awesome as any other graphically enticing game. Say… Assassin’s Creed: Pirate? I’m impressed with how Netmarble optimized this game on mobile devices. I never experienced any crashes so far, but there are still minor stuttering which doesn’t really affect the overall experience. Please do take note that I’m playing the game on my ASUS Zenfone 2 2GB RAM model.

Frustrating as it can be with Force Arena’s matchmaking and imbalanced heroes, it’s still an enjoyable and exciting MOBA title on mobile devices. With Netmarble constantly checking the game’s balance and quality, there is still a lot in store for this game in the future. I can’t wait to finish building my Empire deck, and to see some updates in the near future.